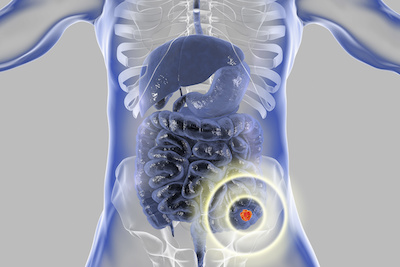 In The Lancet data, during the most recent 10-year period up until 2014, the incidence of colon cancer in people aged 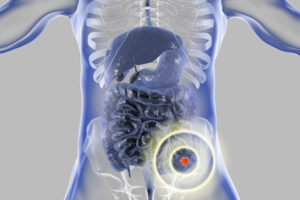 Trends in the incidence of colon and rectal cancer by age group showed diverging pattern (See Figure 1 and Figure 2 below): 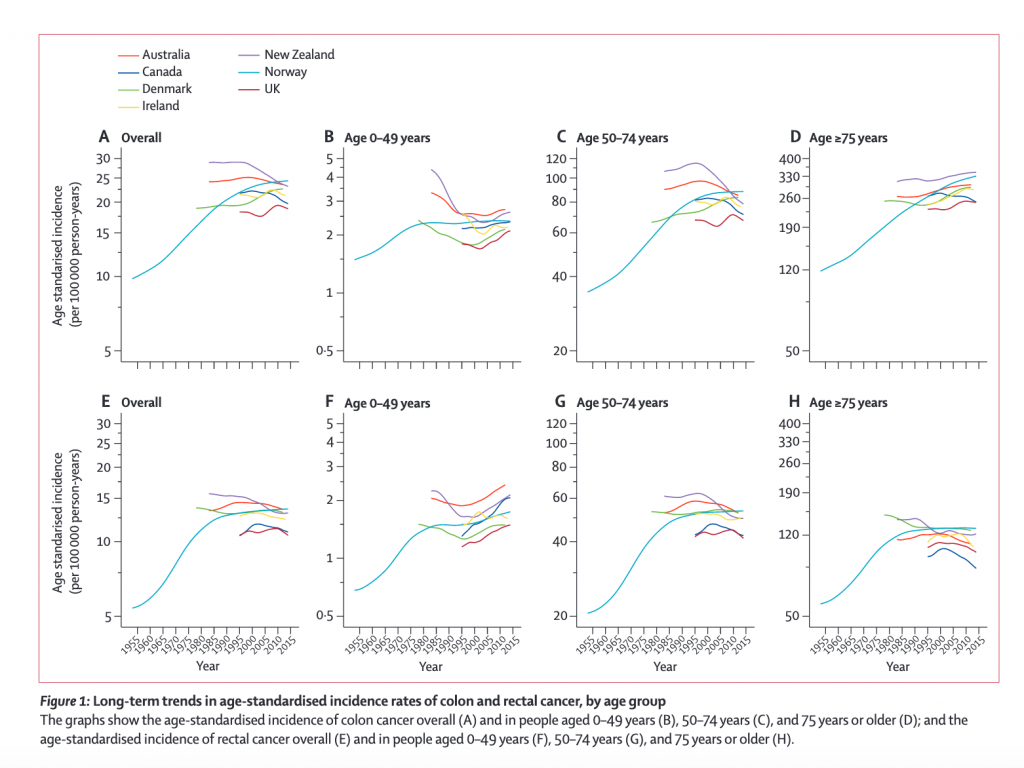 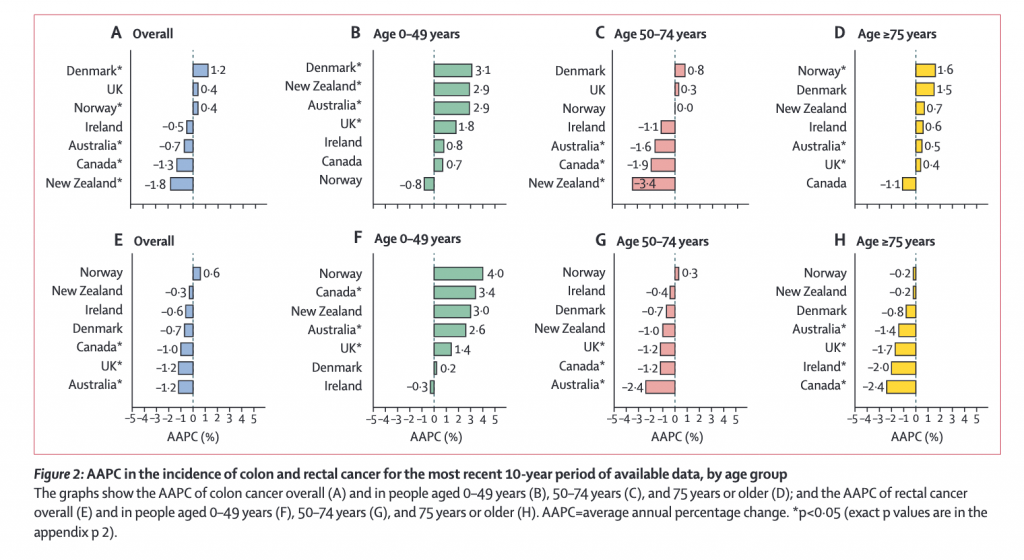 Colorectal cancer is the third most common cancer worldwide, with an estimated 1·8 million new cases diagnosed and 881 000 deaths associated with the disease in 2018. This study is the first of its kind to comprehensively address and compare age-specific trends in the incidence of colorectal cancer, with its findings identifying divergent trends for different age groups.

“Although the incidence of colorectal cancer in adults younger than 50 years remains much lower compared with that in older age groups, our findings are of concern and highlight the need for action to counteract the rising burden of the disease in younger people. This rise in incidence among younger generations is likely to be driven in part by the changing prevalence of risk factors, such as obesity and poor diet. National programmes to promote healthy diets and physical activity might be the most efficient approach to ensure population-level changes.”  ~ lead author of the study, Dr Marzieh Araghi from International Agency for Research on Cancer, Lyon

The authors of the study suggest that the decrease in incidence of colorectal cancer in people over 50 years old in most of the countries studied could be attributed to the introduction of routine screening programmes for premalignant polyps. In Australia, Canada, and the UK, where age-based screening began in 2006, overall decreases in incidence were more pronounced. In those countries where screening programmes began later, such as in Ireland (2012), Denmark (2014), Norway (2012, pilot programme only), and New Zealand (2017), overall rates have remained roughly stable.

“While population-based screening in people under 50 years old is not considered to be cost-effective due to relatively low incidence numbers, family history could help to identify younger people at high-risk of genetic susceptibility to colorectal cancer, for further assessment. However, future studies are needed to establish the root causes of this rising incidence to enable the development of effective preventive and early-detection strategies.” ~ Dr Araghi

Writing in a commentary, Professor Giulia Martina Cavestro from Vita-Salute San Raffaele University, Milan says, “Araghi and colleagues address the debate about lowering the age of screening. In 2018, the American Cancer Society recommended that screening for colorectal cancer should start at age 45 years for all adults. Such an approach is needed, but other initiatives should be endorsed alongside this decision. Furthermore, public awareness campaigns are essential to increase adherence to screening, and more gastroenterology units are likely to be needed. The lower age for screening should not be one-size-fits-all—personal and family history should be taken into account. Among the many risk factors, the importance of taking an accurate family history during a risk assessment cannot be overstated.”

In terms of limitations, the researchers did not have access to individual-level data on risk factors and screening, so could not examine how changes to these factors interacted with trends in colorectal cancer over time. Furthermore, as noted in the linked commentary, there were only seven high-income countries included in this study; adding data from more countries could strengthen the conclusions on the changing epidemiology of colorectal cancer.

Conclusion/ The findings of rising incidence of colon and rectal cancer among young adults in high-income countries highlight the need for studies to establish the underlying causes and identify potential preventive and early-detection strategies.