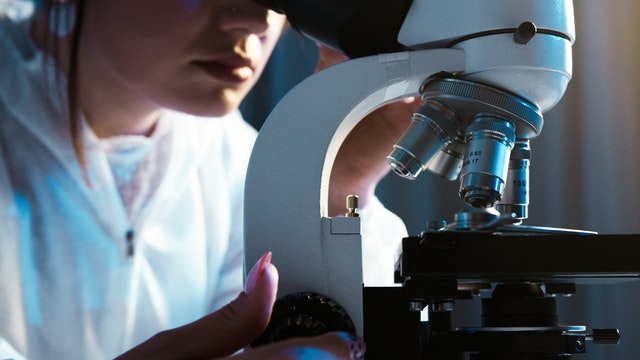 Cancer patients who have run out of options for immunotherapy may have a new possibility. It’s the gut microbiome. By changing the gut microbiome in advanced melanoma patients, who had previously failed to respond to treatment, the body responded to anti-PD-1 immunothery. Though the research is in phase II trials, it’s very positive news for those who have little hope.

Researchers at UPMC Hillman Cancer Center and the National Cancer Institute (NCI) demonstrated that changing the gut microbiome can transform patients with advanced melanoma who never responded to immunotherapy, which has a failure rate of 40% for this type of cancer, into patients who do.

The results of this proof-of-principle phase II clinical trial were published online in Science. In this study, a team of researchers from UPMC Hillman administered fecal microbiota transplants (FMT) and anti-PD-1 immunotherapy to melanoma patients who had failed all available therapies, including anti-PD-1, and then tracked clinical and immunological outcomes. Collaborators at NCI analyzed microbiome samples from these patients to understand why FMT seems to boost their response to immunotherapy.

Diwakar Davar, M.D., a medical oncologist and member of the Cancer Immunology and Immunotherapy Program (CIIP) at UPMC Hillman and colleagues collected fecal samples from patients who responded extraordinarily well to anti-PD-1 immunotherapy and tested for infectious pathogens before giving the samples, through colonoscopy, to advanced melanoma patients who had never previously responded to immunotherapy. The patients were then given the anti-PD-1 drug pembrolizumab. And it worked.

Out of 15 advanced melanoma patients who received the combined FMT and anti-PD-1 treatment, six showed either tumor reduction or disease stabilization lasting more than a year.

“FMT is just a means to an end,” said study co-lead author Dr. Davar, M.D. “We know the composition of the intestinal microbiome–gut bacteria–can change the likelihood of responding to immunotherapy. But what are ‘good’ bacteria? There are about 100 trillion gut bacteria, and 200 times more bacterial genes in an individual’s microbiome than in all of their cells put together.”

Fecal transplant offers a way to capture a wide array of candidate microbes, testing trillions at once, to see whether having the “good” bacteria on board could make more people sensitive to PD-1 inhibitors. This study is among the first to test that idea in humans.

“The likelihood that the patients treated in this trial would spontaneously respond to a second administration of anti-PD-1 immunotherapy is very low,” said study co-senior author Hassane Zarour, M.D., a cancer immunologist and co-leader of the CIIP at UPMC Hillman as well as a professor of medicine at Pitt. “So, any positive response should be attributable to the administration of fecal transplant.”

Analysis of samples taken from FMT recipients in this study revealed immunologic changes in the blood and at tumor sites suggesting increased immune cell activation in responders as well as increased immunosuppression in non-responders. Artificial intelligence linked these changes to the gut microbiome, likely caused by FMT.

“Even if much work remains to be done, our study raises hope for microbiome-based therapies of cancers,” said Zarour, who holds the James W. and Frances G. McGlothlin Chair in Melanoma Immunotherapy Research at UPMC Hillman.

Conclusion/ Collectively, the findings show that FMT and anti–PD-1 changed the gut microbiome and reprogrammed the tumor microenvironment to overcome resistance to anti–PD-1 in a subset of PD-1 advanced melanoma. Davar and Zarour hope to run a larger trial with melanoma patients, as well as evaluating whether FMT may be effective in treating other cancers. Ultimately, their goal is to replace FMT with pills containing a cocktail of the most beneficial microbes for boosting immunotherapy–but that’s still several years away.