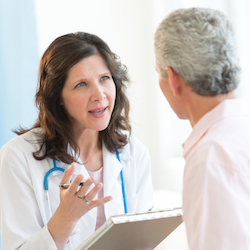 For the first time ever, researchers have made a significant positive connection between biomarkers of oxidative stress, a standardized form of selenium-enriched yeast and reduced prostate cancer risk. While epidemiologic and laboratory studies indicate that dietary selenium protects against prostate cancer, the specific form of selenium has remained elusive. Results from long-term clinical trial suggest that selenium-enriched yeast (SY), in a dose-dependent, standardized form from SelenoExcell, but not selenomethionine (SeMet) may be effective at reducing prostate cancer risk. This study confirmed reductions in biomarkers of oxidative stress following supplementation with the standardized form of SY but not SeMet in healthy men.  By John P Richie Jr PhD, Karam el-Bayoumy PhD et al, published in Cancer Prevention Research, August 2014.

Since the SELECT trial (selenium and vitamin E cancer prevention trial) in 2011, there has been widespread confusion about whether selenium has a 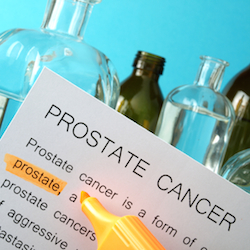 positive role to play in prostate health. This new trial from Penn State University is the first study to show that the form of selenium makes a great deal of difference for men’s prostate health and reducing oxidative stress.

In a commentary, Merrill H Christensen, PhD from the Brigham Young University warns physicians that selenium is commonly thought of as a single entity. However this Penn State study confirms that different Se compounds target different molecular mechanisms to inhibit proliferation and viability of cells that may play a role in the development of prostate cancer. Christensen raises the question of whether the limitations of other studies like SELECT would have shown very different and clinically significant results if standardized selenium-enriched yeast were used. This study begins to answer those questions.

This human trial found that the biomarkers for oxidative stress were decreased 34% and 28%, when a specific dosage of a standardized form of enriched selenium yeast (brand name SelenoExcell) is used. The study’s objectives were to directly compare for the first time the effects of SeMet and SY on prostate cancer relevant biomarkers in men.

Here are the study findings:

1. The study performed a randomized double blind, placebo-controlled trial of SY (200 or 285 μg/day) and SeMet (200 μg/day) administered for 9 months in 69 healthy men.

4. No changes in serum PSA or blood glucose and GSH were observed. 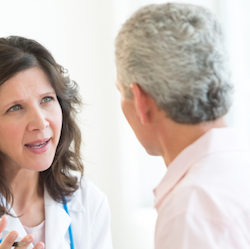 RESULTS / Overall, the study showed for the first time, reductions in biomarkers of oxidative stress following supplementation with SY but not SeMet in healthy men. These findings suggest that selenium-containing compounds other than SeMet may account for the decrease in oxidative stress.

Richie and his study colleagues found that in all of the selenium treated groups, where was a progressive increase in levels from 3-9 months, followed to a return to baseline after a 3-month washout. In the SY groups, the increases were dose dependent reaching a maximum increase above baseline of 86% in the SeY285 group and 54% in the SY 200 group.

The levels of oxidative stress (8-iso-PGF20) in urine were measured as a biomarker of lipid peroxidation. A dose responsive decrease was observed for the SY 285 group, reaching a maximum decrease of 28% after 9 months. No significant changes were observed in the SeMet or SY 200 group or placebo group.

Also, 8, OHdG levels in urine were measured as a biomarker of oxidative damage to DNA. A dose-responsive decrease was observed for the SY285 groups reaching a maximum decrease of 34% after 9 months. No significant changes were observed in the SeMet, SY 200 or placebo.

Christensen says, “Data from this study suggests that there is a plateau or threshold Se status below which taking Se intake make be protective, but 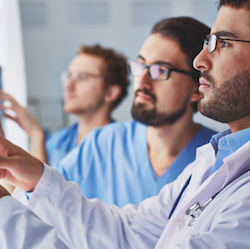 above which supplemental Se will provide no additional benefit, and may be detrimental. According to Christensen and others, the calculated threshold varies between 122 and 133 ug Se/L plasma or serum, equivalent to 0.82 to 0.89 ug Se/g toenail.

Christensen notes that recommendations for intervention should be suggested with adequate testing to prove suboptimal Se status, while paying close attention to baseline Se status, quantity and chemical form.

Studies show that the threshold value for Se plasma levels vary from 122-133 ug Se/L, or the equivalent of 0.82 to 0.89 ue Se/g toenail). The National Health and Nutrition Survey (NHANES) 2003-2004 and the SELECT Trial indicated that 22% – 25% of men studied had a baseline plasma Se value of <123.2, thus it is possible that an average of only 20% of American men have an Se status that is insufficient to maximize selenoprotein synthesis and maximize Se chemoprevention of prostate cancer. When one considers that rapid rise in age-related prostate cancer incidence, Christensen says that this new data presented by Richie and “the possibility that supplementing with SY could reduce prostate cancer risk could have profound public health implications.”