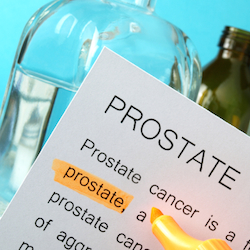 It’s been twenty-one years since the first study reported a possible link between elevated serum selenium and prostate cancer risk reduction. In the years since, research has continued to explore this mineral’s role in cancer risk reduction. A literature review in the journal Medicine released this week continues the steady stream of research supporting this viewpoint.

Seventeen of 1352 studies (up to Sept. 2016) were identified as suitable from PubMed, Embase, Medline, and the Cochrane Library. The final review included 6136 prostate cancer cases and >34,901 controls or participants.

The researchers said the likely mechanism for their conclusion has multiple origins:

They also noted that this meta-analysis was inconsistent with a popularized study called the SELECT trial, which was halted early because it did not show a relationship between selenium and prostate cancer risk reduction.5

Richie and his colleagues concluded that his study should put to rest the confusion caused by the SELECT trial’s use of synthetic SeMet, and that selenium form matters when it comes to form and function.

For this most recent study, the researchers conclude there is an inverse relationship between serum selenium levels and subsequent prostate cancer risk. They call for further investigations using well-designed cohort studies based on non-Western populations, as this literature review was primarily 0f subject from western Europe and the United States.