Four Articles: Cannabis and Cannabinoid Use in Palliative Care, Open Access until May 6, 2019 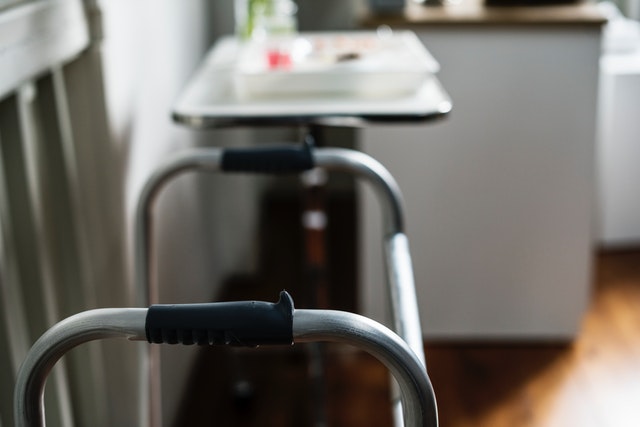 Care at Duke University are filling this clinical gap with a Special Issue, Oct. 2019, that brings together the best medical information available. The goal of the issue is to supply helpful information to clinicians and to provide the foundation for future research in the exploration of cannabis use in palliative care. In the meantime, the following preview articles have open access until May 6, 2019.

Four Articles, Cannabis and Cannabinoid Use for Palliative Care

1. The Prevalence of Nonprescription Cannabinoid-Based Medicines in British Children’s Hospices: Results of a National Survey
By Michael J. Tatterton, and Charlotte Walker

Background: Almost 50,000 children and young people are affected by life-limiting conditions in the United Kingdom, around a third of which use children’s hospices. Anecdotal evidence suggests that cannabinoid-based medicines (CBMs), specifically cannabis oil (CO), are being used by families with increasing frequency to manage distressing symptoms. The use of most nonprescription CBMs in the United Kingdom remains illegal.

Objective: The objective of the study was to identify the prevalence of CO use by families who use children’s hospices in the United Kingdom, and the approaches taken by those services to manage it.

Design: An electronic survey was sent to each of the 54 children’s hospices in the United Kingdom between May and July 2018, comprising 10 questions.

Results: Forty children’s hospices from across the four countries of the United Kingdom responded to the survey, representing 74% of British children’s hospices. About 87.5% of hospices knew of children who use CO therapeutically. Sixty-nine percent of those hospices have received requests to administer CO during an episode of care. Approaches by organizations around CO management varied across the sectors, including arrangements for storage, administration, and recording of its use. Hospices highlighted how the lack of available guidance made decision making more challenging. Only a third of responding organizations routinely questioned families about the use of cannabis when prescribing medicines.

Conclusion: CO is used extensively by children who use children’s hospices. Despite recognizing the use of CO, many hospices are unable to support it. There is a need for clear guidelines on how hospices should approach the care needs of children, allowing hospices to meet the needs of children who use CO, and families in a safe, consistent, and relevant way, safeguarding all children, families, and professionals within the organization.

Background: Research on the patterns of use of medical cannabis among cancer patients is lacking.

Objective: To describe patterns of medical cannabis use by patients with cancer, and how patterns differ from patients without cancer.

Conclusions: Our study found some key differences in demographics and medical cannabis product use between patients with cancer and without cancer.

Background: The use of cannabis by cancer patients has become increasingly common. With expanding access to medical cannabis, unsanctioned cannabis use is likely to increase. Despite this, the extent to which patients seeking specialized palliative or supportive care for cancer-related symptoms are actively using cannabis has not been well established.

Objective: We sought to determine the extent to which patients seeking specialized symptom management were using cannabis and to compare the severity of cancer-related symptoms between users and nonusers.

Methods: We conducted a retrospective review of objectively measured tetrahydrocannabinol (THC) and subjectively reported cannabis use, its demographic and clinical correlates, and patient-reported symptoms in 816 cancer patients in active treatment referred to a supportive/palliative care outpatient clinic for specialized symptom management between January 2014 and May 2017.

Results: Nearly one-fifth (19.12%) tested positive for THC on urine drug testing. Users were younger, more likely to be men, single, and to have a history of cigarette smoking. Users also were likely to be more recently diagnosed and to have received radiotherapy. Certain moderate-to-severe symptoms, such as lack of appetite, shortness of breath, tiredness, difficulty sleeping, anxiety, and depression, were associated with use after accounting for sociodemographic and clinical differences between cannabis users and nonusers.

Conclusions: Findings suggest patients seeking specialized symptom management are self-treating with cannabis, despite the lack of high-quality evidence for its use in palliative care. Unsanctioned use is likely to increase in cancer patients. Accurate information is urgently needed to help manage patient expectations for its use and increase understanding of risks and benefits.

4. Dronabinol for the Treatment of Paraneoplastic Night Sweats in Cancer Patients: A Report of Five Cases
By Connie Carr, Haley Vertelney, Joshua Fronk, and Sandy Trieu

Background: Night sweats significantly impact the quality of life for cancer patients and are often resistant to treatment. Cannabinoids have been shown to modulate cytokine activity and produce hypothermia in animal models, suggesting that they may be a promising candidate for palliation of night sweats in patients with oncologic disease.

Objective: Assess efficacy of the oral cannabinoid, dronabinol, for palliation of night sweats in cancer patients.

Design: A retrospective record search identified five cancer patients who had tried oral dronabinol for palliation of their night sweats between 2013 and 2016 and subjectively reported on its efficacy.

Setting/Subjects: A convenience sample of five patients from the outpatient consultative palliative medicine program at Stanford Medical Center was chosen from a search of past records. Patients were included if they had a cancer diagnosis and complained of night sweats that subjectively interfered with their quality of life. All agreed to try oral dronabinol for palliation of their night sweats.

Measurements: Patients self-reported the effect of oral synthetic dronabinol on their night sweats.

Conclusion: Dronabinol and/or medicinal cannabis are promising therapies for palliation of night sweats in cancer patients.