CBD for Drug and Alcohol Recovery? Preclinical Study Shows Cannabidiol (CBD) May Be An Effective Solution 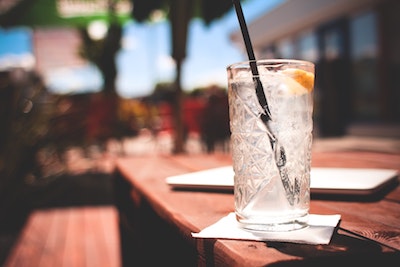 Have you thought of prescribing CBD for drug and alcohol recovery? There is new evidence that the non-psychoactive and non-addictive ingredient, cannabidiol (CBD), could help prevent relapses for recovering drug addicts and alcoholics. This preclinical study’s findings provide further evidence about the possible medical benefits of non-psychoactive cannabinoids, and how they could be used as therapeutics. So says Friedbert Weiss, leader of an investigative team at the Scripps Research Institute in La Jolla, California, in Neuropsychopharmacology , published by Springer Nature.

Staying drug-free is a constant battle for abstinent addicts. This struggle is made more difficult when former-addicts find themselves in drug-related settings, experience stress or higher levels of anxiousness. Many struggle to control their impulses when offered an addictive drug like alcohol or cocaine.

Weiss and his research associate Gustavo Gonzalez-Cuevas set out to test the effect of Cannabidiol (CBD) on drug relapse in a rat model. CBD is the major non-psychoactive ingredient of Cannabis sativa, a plant that is used to make marijuana. CBD has been considered for some time as a possible treatment for various neurological and psychiatric disorders, and more recently also for the treatment of drug and alcohol addiction.

The researchers applied a gel containing CBD once per day for a week to the skin of the rats in the current study. These animals had a history of voluntary daily alcohol or cocaine self-administration, leading to addiction-like behaviour. Various tests were performed to see how they reacted to stressful and anxiety-provoking situations and behavior in tests of impulsivity, a psychological trait associated with drug addiction. The researchers reported that CBD effectively reduced relapse provoked by stress and drug cues; CBD also reduced anxiety and impulsivity in the drug-experienced rats.

Further studies showed that CBD was completely cleared from the brain and plasma of the rats three days after the therapy was completed. Quite unexpectedly though, five months later, experimental animals that had been treated with CBD still showed a reduced relapse induced by stress or drug cues. The authors of the study believe that insight into the mechanisms by which CBD exerts these effects in future research may open new vistas for the pharmacotherapeutic prevention of relapse to drug use.

“The efficacy of the cannabinoid [CBD] to reduce reinstatement in rats with both alcohol and cocaine – and, as previously reported, heroin – histories predicts therapeutic potential for addiction treatment across several classes of abused drugs,” says Weiss. “The results provide proof of principle supporting the potential of CBD in relapse prevention along two dimensions: beneficial actions across several vulnerability states, and long-lasting effects with only brief treatment.” He goes on to say that “Drug addicts enter relapse vulnerability states for multiple reasons. Therefore, effects such as these observed with CBD that concurrently ameliorate several of these are likely to be more effective in preventing relapse than treatments targeting only a single state.”