Cannabinoid Receptors and the Endocannabinoid System: What Is it and What Does it Do? 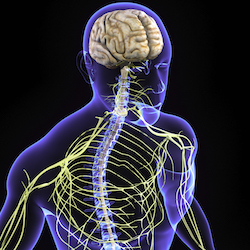 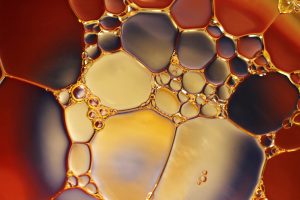 receptors and the synthetic and degrading enzymes responsible for synthesis and degradation of endocannabinoids. Endocannabinoids are so named because they were first identified as activating the same receptors as cannabinoids, the primary psychoactive components of cannabis. Published in Journal of Neuroendocrinology 20 (Suppl. 1), 10–14 2008.
The first endocannabinoid identified was arachidonoyl ethanolamide (anandamide; from the Sanskrit for ‘internal bliss’). Anandamide is only one of a large family of related bioactive acyl ethanolamides. The second endocannabinoid identified was 2-arachidonoyl glycerol (2-AG). The synthesis, cellular transport and degradation of endocannabinoids are tightly regulated processes. A feature that distinguishes endocannabinoids from many other neuromodulators is that they are not synthesised in advance and stored in vesicles. Rather, their precursors exist in cell membranes and are cleaved by specific enzymes. This form of synthesis is often referred to as ‘on demand’. As the discussion of these processes is beyond the scope of this paper, the interested reader is referred to several recent
papers on the topic.
ABSTRACT/ The endocannabinoid system consists of the endogenous cannabinoids (endocannabinoids), cannabinoid receptors and the enzymes that synthesise and degrade endocannabinoids. Many of the effects of cannabinoids and endocannabinoids are mediated by two G protein‐coupled receptors (GPCRs), CB1 and CB2, although additional receptors may be involved. CB1 receptors are present in very high levels in several brain regions and in lower amounts in a more widespread fashion.
These receptors mediate many of the psychoactive effects of cannabinoids. CB2 receptors have a more restricted distribution, being found in a number of immune cells and in a few neurons. Both CB1 and CB2 couple primarily to inhibitory G proteins and are subject to the same pharmacological influences as other GPCRs. Thus, partial agonism, functional selectivity and inverse agonism all play important roles in determining the cellular response to specific cannabinoid receptor ligands.

In this paper, you will learn the following: