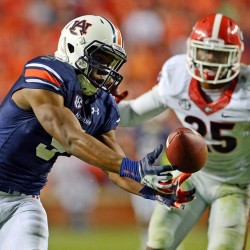 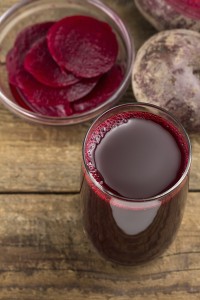 The Auburn University football team may have secret weapon. Football teams are claiming beet root improves their athletic performance. Its not pregame hype, a study from Kansas State University supports the claim and they say it also benefits heart failure patients. Recently, the Auburn University football team revealed its pregame ritual of taking beetroot concentrate, or beet juice, before each game. The juice may have contributed to the team’s recent winning season — and one exercise physiologist who has been studying the supplement for several years says that may be the case. The beetroot juice consumption resulted in a 38 percent higher blood flow to the skeletal muscles during exercise and was preferential to the less-oxygenated, fast-twitch muscles. By S. Ferguson et al, published in Nitric Oxide, October 2o14.

“Our research, published in the journal Physiology in 2013, has shown that the nitrate found in beetroot concentrate increases blood flow to skeletal muscles during exercise,” said David Poole, professor of exercise kinesiology and anatomy and physiology at Kansas State University. The researchers’ latest study, “Microvascular oxygen pressures in muscles comprised of different fiber types: Impact of dietary nitrate supplementation,” was published in the Journal of Nitric Oxide, Biology and Chemistry this month. This work provides the basis for how beetroot juice may benefit football players by preferentially increasing blood flow to fast-twitch muscle fibers — the ones used for explosive running. This work was performed by Poole; Scott Ferguson, doctoral student in anatomy and physiology; and Timothy Musch, professor of exercise kinesiology and anatomy and physiology, all at Kansas State University. In addition to improving athletic performance, the research also found that beetroot juice can improve the quality of life for heart failure patients.

“Remember, for every one football player in the United States, there are many thousands of heart failure patients that would benefit from this therapy,” Poole said. “It’s a big deal because even if you can only increase oxygen delivery by 10 percent, that can be the difference between a patient being wheelchair-bound versus getting up and walking around and interacting with his or her family.”

The benefits of beetroot come from the nitrate found within it. The amount of nitrate in one 70-milliliter bottle of beetroot juice is about the same amount found in 100 grams of spinach. “When consumed, nitrate is reduced in the mouth by bacteria into nitrite,” Ferguson said. “The nitrite is swallowed again and then reduced to nitric oxide, which is a potent vasodilator. The nitric oxide dilates the blood vessels, similar to turning on a water faucet, and allows blood to go where it needs to go.”

The beetroot juice consumption resulted in a 38 percent higher blood flow to the skeletal muscles during exercise and was preferential to the less-oxygenated, fast-twitch muscles.

“Heart failure is a disease where oxygen delivery to particular tissues, especially working skeletal muscles, is impaired, decreasing the capacity to move the arms or legs and be physically active,” Poole said. “The best therapy for these patients is getting up and moving around. However, that is often difficult. Increasing the oxygen delivery to these muscles through beetroot can provide a therapeutic avenue to improve the quality of life for these patients.”

Clinical trials are currently underway. The researchers are collaborating with Andrew Jones, professor of applied physiology at the University of Exeter in the United Kingdom The research is funded by the National Institutes of Health.