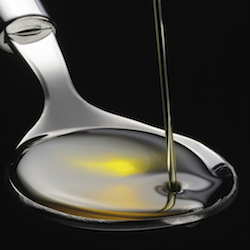 As dietary guidance moves out of the no-fat, low-fat era in to the healthy-fat era, extra-virgin olive oil still comes out as the top culinary oil for taste and a top oil for health. But a lingering question among many is, what oil should I buy?

As a food journalist, who has won awards on the topic, and former resident of southern Italy, I have covered this industry for decades. I’ve also uncovered some of the shady practices used by producers. Even so, I continue to be enamored by the health properties of this ancient oil. A recent study confirmed why you should encourage your patients to buy extra-virgin olive oil from a quality producer.

Here is what they found:

The study authors concluded that extra-virgin olive oil polyphenols promote the main HDL antiatherogenic function, its cholesterol efflux capacity. These polyphenols increased HDL size, promoted a greater HDL stability reflected as a triglyceride-poor core, and enhanced the HDL oxidative status, through an increase in the olive oil polyphenol metabolites content in the lipoprotein.

These results provide for the first time a first-level evidence of an enhanced HDL function by polyphenol-rich olive oil.

Fantastico, my Italian friends would say. However, how do you know which oils have the most polyphenols? Here is my best advice for recommending extra-virgin olive oil to your patients.

1. Region: In general, extra-olive oils from specific regions within oil producing countries or states will be of higher quality, which means the oil will have high 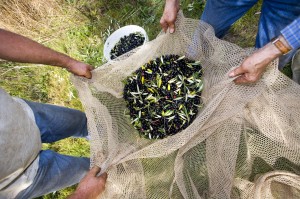 polyphenols. For instance, an oil produced from a single estate in Spain, Italy, Greece or California, will have higher polyphenols than a brand that blends oils from multiple countries.

Why? Bulk oil is pooled from different regions, transportation and mass production practices degrade the quality of oil that is produced regionally.  Time is of the essence for quality, and small producers stake their reputation on harvesting the olives early and pressing their oil quickly. Look on the label for the estate, region or single country for the best quality oil.

2. Bottling Date: Extra-virgin olive oil is not a commodity fat, like corn or canola oil. It’s a freshly pressed oil that is bottled once a year. It only lasts for a year to 18 months. Many producers now put a date on the bottle, so look for it as a measure of freshness.

3. Taste: How will you know beyond the date that the oil is fresh? A fresh oil will leave a kick in the back of your throat. That kick is the p0lyphenols. If it’s bland, most likely the oil is poor quality. Rancid oil will also smell a bit like your kid’s play dough. There is no need to refrigerate, just use it up quickly and buy another bottle.

bottles in the kitchen for different uses. Small estate oils can be pricey and depending on their flavor profile can pack a punch. These oils are best used for salads, vegetables and dipping. Use single country or state oils for everyday cooking. If you want to see the world’s best oils, link here.

7. Price: Above all, if you see a blended oil on the store shelf that is dirt cheap, most likely it’s old, rancid or not pure. It cost the farmer at least a few dollars per liter to produce, so a fire sale oil is not worth your attention.

8. Ignore the color: The oils home soil, harvest season and weather determines the color. Cheap producers will sometimes add green color to fool unsuspecting shoppers. So admire the color in good oils and ignore the color as a measure of quality.

9. Cold pressed is somewhat obsolete: Producers used to press the oil between stones, while maintaining a constant temperature, hence the term cold pressed. Today, most mills (even small ones) use steel plates and a centrifuge to spin the oil from the water and residue.