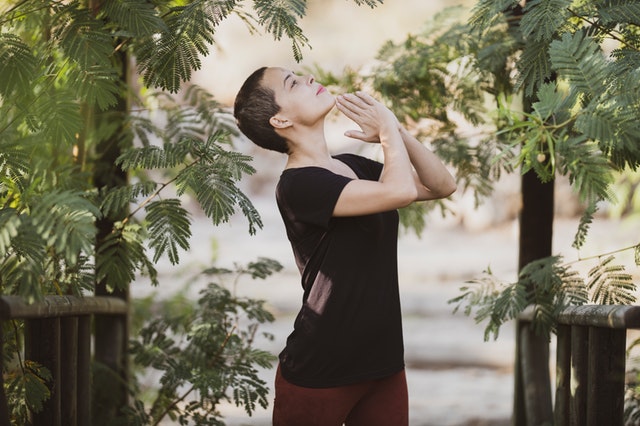 Can more be done besides diet and exercise to help patients better recover from a heart attack, a stroke, or to prevent one? Scientists from Columbia University Irving Medical Center and the Institute for Prevention Research conducted a study, with and without meditation, to find out.

The study, published in the Journal of Nuclear Cardiology, reported that patients with coronary heart disease who included Transcendental Meditation (TM) with their cardiac rehabilitation regime increased blood flow to the heart by more than 20%.

Titled “Effects of cardiac rehabilitation with and without meditation on myocardial blood flow using quantitative positron emission tomography“, the pilot study was funded by the National Institutes of Health and conducted at Columbia University Irving Medical Center, in collaboration with the Institute for Prevention Research. The research involved 56 patients who had coronary heart disease, including recent heart attack, coronary artery bypass, or angina.

The project was a groundbreaking proof-of-concept study, in that it was the first to combine Transcendental Meditation with other lifestyle treatment modalities, and the first to use positron emission tomography (PET) to measure the effect of mind-body lifestyle modification on cardiac function.

“This was the first study to show that the cardiovascular benefits of lifestyle modification such as structured exercise and dietary counseling may be enhanced by adding Transcendental Meditation in patients with heart disease,” said Robert Schneider, MD, FACC, co-director of the study and medical director of the Institute for Prevention Research. “It also found that the Transcendental Meditation technique alone was able to reverse the effects of coronary heart disease assessed by PET imaging.”

The results showed that of the 37 patients who completed post-testing, myocardial blood flow increased by 20.7% in the group that did both Transcendental Meditation and cardiac rehabilitation.

“Although this is a preliminary study, it suggests that managing one’s mind-body connection with Transcendental Meditation can improve the function of the heart in cardiovascular patients,” said Dr. Schneider, who is also dean of Maharishi University of Management’s College of Integrative Medicine.

He said that psychosocial stress is known to be a risk factor for coronary heart disease but that stress reduction therapies aren’t usually included in cardiac rehabilitation.

“More research needs to be done, but this study and previous research strongly suggest that medical professionals should consider utilizing this simple yet effective mind-body intervention in their heart health treatment and prevention programs,” Dr. Schneider said.

While it’s not known precisely how Transcendental Meditation would increase blood flow, the researchers speculate that it’s a result of improved endothelial-mediated coronary and arteriolar vasomotor function. That is, reduced levels of stress hormones and possibly inflammation may result in improved function of the endothelial cells that line the coronary arteries. They cite research, which has found that modifying risk factors for cardiovascular disease improves blood flow in the heart.

Limitations of the study

While the study suggests that the Transcendental Meditation technique can increase blood flow in cardiovascular patients, carefully conducted clinical trials with larger sample sizes are needed to confirm the benefit.

“This was a first pilot study designed to determine the size of the effect and feasibility,” Dr. Schneider said. “Of the 56 original subjects, only 37 were available for the final posttesting of blood flow after the 12-week study period. In addition, compliance with cardiac rehabilitation was average, with attendance at exercise sessions about 60%. Also, the subjects practicing Transcendental Meditation may have received more attention than the rehabilitation group. This initial study paves the way for full-scale clinical trials that will more rigorously evaluate these effects.”

Earlier studies have shown that the Transcendental Meditation technique reduces risk factors for cardiovascular disease, such as blood pressure, atherosclerosis, and insulin resistance. A 2012 study found a 48% reduction in heart attack, stroke, and death.