Pesticides: Our Children in Jeopardy 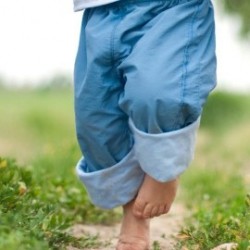 By Andrew W. Campbell, MD / The recently released Pesticide Action Network North America report “A Generation in Jeopardy” is replete with information and over 200 citations. This is a synopsis of some of the points made in this report.

When comparing children to adults, there are severalareas that play an important role in exposures to toxic substances. Starting with the fetus and up to 6 months of age, the blood-brain barrier is in development and does not provide the same protection from toxic substances as in an adult. From birth to 6 months, babies take about 15 times more water than an adult. A child up to age 12 will breathe about double the amount of air compared to an adult, doubling the dose and exposure from respirable droplets or airborne pesticides

Click on the link below to read more on Dr. Campbell’s editorial on the need for reducing our children’s exposure to herbicides and pesticides.