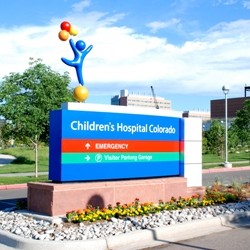 A cluster of children from Colorado in the USA have been treated for muscle weakness or paralysis that may be connected to a nationwide outbreak of a usually rare respiratory virus called enterovirus D68 (EV-D68), one of more than 100 non-polio enteroviruses. The study, published in The Lancet, highlights the potential link between EV-D68, which caused thousands of cases of respiratory illness in the USA in 2014, and severe neurological illness in children. By Kevin Messecar, MD, published in Lancet, 2015.

“Due to global poliovirus eradication efforts, clusters of acute flaccid paralysis (AFP; a condition that leaves one or more limbs 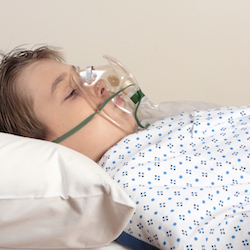 unresponsive) in children have become rare. These 12 new cases raise the possibility that EV-D68 may be emerging amongst a short list of other viruses, (eg, enterovirus 71 and West Nile Virus) that are linked to outbreaks of AFP among children in regions where polioviruses are no longer circulating such as North America, Asia, and Europe,”* explains Dr Kevin Messacar, lead author and a paediatric infectious diseases physician and researcher at Children’s Hospital Colorado in Aurora, Colorado, USA.

Between August 1, 2014 and October 31, 2014, Dr Messacar and colleagues from the Children’s Hospital Colorado noticed several children presenting with limb weakness in the midst of a large outbreak of respiratory disease during which many children tested positive for rhinoviruses or enteroviruses, some of which were identified as EV-D68. This prompted them to review all cases admitted to the hospital over the 3-month period for reports of muscle weakness or paralysis accompanied by MRI scans showing lesions in the grey matter of the spinal cord.

Twelve children met the criteria. The children presented with varying degrees of muscle weakness to the arms and legs, difficulty swallowing, and/or facial weakness. All had a fever and respiratory illness about a week before the neurological symptoms began. Ten of the children had spinal cord lesions, and brainstem lesions were seen in nine children. Eleven of the children had been previously vaccinated against poliovirus.

Despite treatment, all ten children with limb weakness still have ongoing problems and it is not known if the paralysis will be permanent. Three children have shown improvement in cranial nerve dysfunction (facial weakness and/or difficulty swallowing). Eight of the children tested positive for enteroviruses or rhinoviruses, of which five were identified as EV-D68.

“Over the past 4 years, our hospital has seen a maximum of four similar cases in any 3-month period where children lose the use of one or both arms or legs. These twelve cases are three times that,”* says Dr Samuel Dominguez, senior author and microbial epidemiologist at the Children’s Hospital Colorado.

Dominguez adds, “The extent to which this new distinctive neurological disease has spread is unknown, but it does not appear to be isolated to Colorado or the USA. Since the reporting of this cluster, 107 similar cases have been reported across the USA and one in France. If further investigation confirms the link between EV-D68 and AFP and cranial nerve dysfunction, EV-D68 will be added to the list of non-poliovirus enteroviruses capable of causing severe, potentially irreversible neurologic damage, and finding effective antiviral therapies and vaccines will be a priority.”*

EV-D68 can cause mild to severe respiratory illness.

How does the virus spread and how common is it?