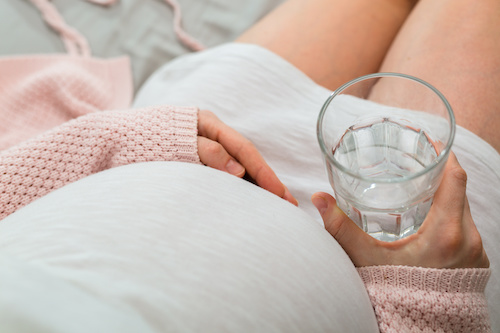 While community water fluoridation has been used to prevent tooth decay, 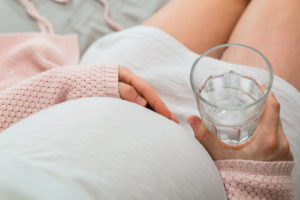 health concerns about neurotoxicity have remained. A recent study about maternal exposure to fluoride sheds new light on the issue and shifts the conversation away from what has been considered junk science toward significance. From a clinical perspective, the corresponding commentary suggests that pregnant women consume filtered bottled water instead of tap water.

This study, published in JAMA Pediatrics, examined the association between fluoride exposure during pregnancy and IQ scores from a prospective birth cohort, the Maternal-Infant Research on Environmental Chemicals cohort from six cities in Canada.

After accounting for factors associated with fluoride metabolism and children’s intellectual abilities the study found:

In an accompanying editorial, Dr. Bellinger, writes: Many studies have reported inverse associations of children’s fluoride exposure with their cognition, but the inferences that can be drawn from these studies are limited by their generally poor quality.” He cited a number of studies in China, New Zealand and Mexico with differing results. This new study changes what is currently known and is significant in many ways, he says.

“The most important finding was a significant inverse association of maternal urinary fluoride concentration with children’s Full Scale IQ scores at age 3 to 4 years in boys, such that a 1-mg/L increase in concentration was asso- ciated with a deficit of 4.5 (95% CI, −8.4 to −0.6) points.” ~ David Bellinger, PhD, MSc.

Dr. Bellinger says that while no single observational study “provides a definitive test of a hypothesis, and early studies of an association that is subsequently confirmed tend to report larger effect sizes than do later studies.” …

“These considerations notwithstanding, the hypothesis that fluoride is a neurodevelopmental toxicant must now be given serious consideration.”

The controversy surrounding this particular fluoride study was acknowledged by a JAMA statement about their decision to publish this paper. The journal writes:

This decision to publish this article was not easy. Given the nature of the findings and their potential implications, we subjected it to additional scrutiny for its methods and the disseminating the best science based entirely on the rigor of the methods and the soundness of the hypotheses tested, regardless of how contentious the results may be. That said, scientific inquiry is an iterative process. It is rare that a single study provides definitive evidence. This study is neither the first, nor will it be the last, to test the association between prenatal fluoride exposure and cognitive development. We hope that purveyors and consumers of these findings are mindful of that as the implications of this study are debated in the public arena.” ~Dimitri A. Christakis, MD, MPH in JAMA Pediatrics

For more from Dr. Bellinger, listen to the following podcast:

Conclusion/ In this prospective birth cohort study from 6 cities in Canada, higher levels of fluoride exposure during pregnancy were associated with lower IQ scores in children measured at age 3 to 4 years. These findings were observed at fluoride levels typically found in white North American women. This indicates the possible need to reduce fluoride intake during pregnancy.