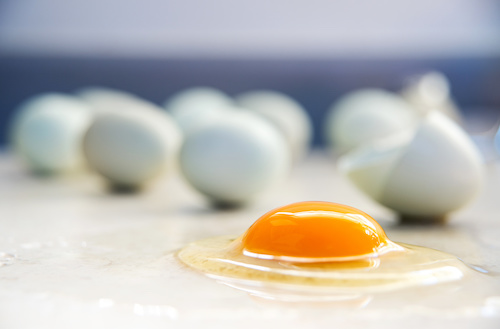 A recent study suggests that the push toward only plant-based diets, without professional nutritional counseling, guidance, and supplementation, may lead to choline deficiencies beyond what is already present. The warning comes from a recent article in the British journal BMJ Nutrition, Prevention & Health, by Dr. Emma Derbyshire, of Nutritional Insight, a consultancy specializing in nutrition and biomedical science.

Dr. Derbyshire is asking for greater monitoring of choline in the UK. Her advice has as much credence in the United States, where only 10% of Americans get adequate levels of choline. In 2015, the USDA declared choline a shortfall nutrient, meaning most people do not consume enough.

The dietary trend of eating only egg whites has not helped, as egg yolks are a primary source of choline. Now add this to the popularity of plant-based proteins and powders and that deficit may not improve any time soon without public education and recommendations from health practitioners.

As experts like Dr. Derbyshire point out, both the US and the UK governments have failed to adequately monitor dietary intake levels and make formal recommendations to the public and the medical community.

“This is….concerning given that current trends appear to be towards meat reduction and plant-based diets,” says Dr. Derbyshire.

She commends the first report EAT-Lancet to compile a 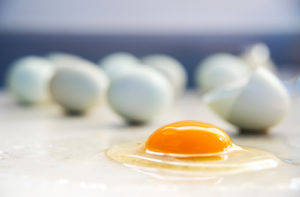 healthy food plan based on promoting environmental sustainability, but she suggests that the restricted intakes of whole milk, egg yolks and animal protein, as the report recommends, could affect choline intake.

The current EAT-Lancet guidelines say the following: “Proteins should primarily be sourced from plants where possible, fish or alternative sources of omega-3 fatty acids several times per week, and with optional modest consumption of poultry and eggs alongside low intakes of red meat, if any, especially processed meat,”

How Much Choline Should Your Patients Consume?

Choline is an essential dietary nutrient and the amount produced by the liver is not enough to meet the requirements of the human body. Deficiencies are seldom recorded because plasma choline levels typically do not decline below 50%. The body’s endogenous synthesis and hydrolysis of membrane phospholipids (a source of choline) work diligently to help keep plasma choline levels at a minimum level.

However, this does not mean that the medical community should ignore plasma choline levels and dietary intake. Choline is critical to brain health, particularly during fetal development. It also influences liver function, with shortfalls linked to irregularities in blood fat metabolism, as well as excess free-radical cellular damage, writes Dr. Derbyshire.

In 1998, the US Institute of Medicine recommended minimum daily intakes of choline, which range from 425 mg/day for women to 550 mg/day for men, and 450 mg/day and 550 mg/day for pregnant and breastfeeding women, respectively, because of the critical role the nutrient has in fetal development.

The European Food Safety Authority and the FDA published similar daily requirements in 2016. Yet national dietary surveys in North America, Australia, and Europe show that on average, habitual-choline intake regularly falls short of these recommendations.

According to research in the US, approximately 90% of Americans, including most pregnant and lactating women, fall well below the adequate intake (AI) for choline. Moreover, the food patterns recommended by the 2015–2020 Dietary Guidelines for Americans are currently insufficient to meet the AI for choline in most age-sex groups.

In 2017, the American Medical Association published advice stating that prenatal vitamin supplements should contain “evidenced-based” amounts of choline. Yet, choline salts are too bulky to fit into prenatal dietary supplements and therefore are not always included in adequate amounts for pregnant and lactating women. A year later, the American Academy of Pediatrics called on pediatricians’ step up recommendations to make sure that pregnant women and young children have access to food that provides adequate amounts of “brain-building” nutrients including choline.

While small progress has been made stateside, Dr. Derby is at a loss to understand why choline does not feature in UK dietary guidance or national population monitoring data.

“Given the important physiological roles of choline and authorization of certain health claims, it is questionable why choline has been overlooked for so long in the UK,” she writes. “Choline is presently excluded from UK food composition databases, major dietary surveys, and dietary guidelines,” she adds.

It may be time for the UK government’s independent Scientific Advisory Committee on Nutrition to reverse this, she suggests, particularly given the mounting evidence on the importance of choline to human health and growing concerns about the sustainability of the planet’s food production.

“More needs to be done to educate healthcare professionals and consumers about the importance of a choline-rich diet, and how to achieve this,” she writes. “If choline is not obtained in the levels needed from dietary sources per se then supplementation strategies will be required, especially in relation to key stages of the life cycle, such as pregnancy, when choline intakes are critical to infant development.”

Just as Dr. Derbyshire says there needs to be more education about choline in the UK, only 2% of Americans make a concerted effort to get choline in their diet and only 15% are even aware of the nutrient.

What is Choline’s Role in Health?

One reason for a lack of awareness about choline is that it is neither a vitamin nor a mineral. It is often grouped with B vitamins, and at times called vitamin B4, because it has parallel effects on the same body systems, organs, and tissues as B vitamins. Choline is produced in the liver and metabolized into 1. sphingomyelin, which forms the protective myelin sheath over neurons; 2. acetylcholine, a neurotransmitter; and 3. betaine, which is a precursor to the methionine cycle that produces s-adenosylmethionine SAMe.

The following is a summary of choline’s role and intake considerations:

Conclusion on Choline from Dr. Derbyshire

“The mounting evidence of choline’s importance makes it essential that it does not continue to be overlooked in the UK. This is now more important than ever given that accelerated food trends towards plant-based diets/veganism could have further ramifications on choline intake/status. Government bodies and organizations should look to extended datasets to include this essential nutrient.” Dr. Derbyshire makes the following conclusions: