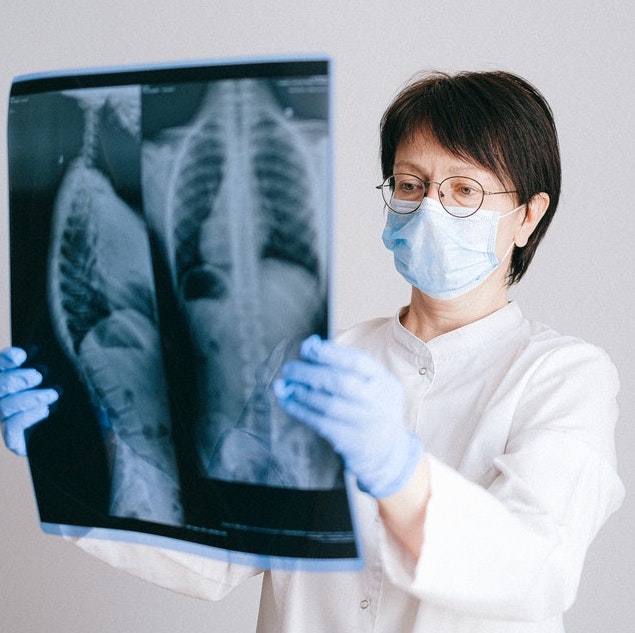 The cytokine, IL-17 has been in the news lately, but for very different reasons. We look at two areas of research: COVID-19 and the brain — one with a negative role the other positive. The cytokine’s predominant role is dependent on where it is expressed, such as the gut, lung, skin or brain. And, its expression, whether negative or positive, is largely decided by the precipitating trigger.

Within COVID-19, scientists are exploring the role of IL-17 to related acute respiratory distress syndrome (ARDS) and acute lung injury (ALI), and why anti-IL-17 therapy in COVID-19 should be considered.

“IL-17 inhibition has been adopted as a common and successful strategy to reduce the injury associated with inflammatory autoimmune diseases including psoriasis and psoriatic arthritis,” writes the authors of the commentary, published in Nature Reviews Immunology.

As the evidence among human and mice-model research unravels within the ongoing study of COVID-19, there is growing support in the journals Lancet and Nature for paying close attention to how IL-17 influences inflammatory responses.

“Like psoriasis, in ALI and ARDS there is a disruption of the balance of pro-inflammatory and anti-inflammatory cytokines. The shift to pro-inflammatory cytokine production in the lungs is pathologically characterized by diffuse alveolar damage with numerous neutrophils and protein rich oedema in the alveolar space. In ARDS, IL-17 augments the destruction of the lung parenchyma through maladaptive neutrophil recruitment, by stimulating the production of pro-inflammatory mediators and through the prevention of apoptosis due to the induction of granulocyte colony-stimulating factor expression,” writes Dr. Omar Pacha and colleagues from the Department of Dermatology, The University of Texas MD Anderson Cancer Center.

They outline the following evidence:

The researchers go on to describe possible medications used for auto-immune conditions like psoriasis, which may be viable for COVID-19. Click here for more.

For more on how the flavonoid cyanidin blocks binding of the cytokine interleukin-17A to the IL-17RA, click here.

Researchers New research at Washington University School of Medicine in St. Louis helps illuminate a surprising mind-body connection. In mice, the researchers found that immune cells surrounding the brain produce a molecule that is then absorbed by neurons in the brain, where it appears to be necessary for behavior, particularly vigilance and alertness.

The findings, published in Nature Immunology, indicate that elements of the immune system affect both mind and body, and that the immune molecule IL-17 may be a key link between the two.

“The brain and the body are not as separate as people think,” said senior author Jonathan Kipnis, PhD, the Alan A. and Edith L. Wolff Distinguished Professor of Pathology and Immunology and a professor of neurosurgery, of neurology and of neuroscience. “What we’ve found here is that an immune molecule — IL-17 — is produced by immune cells residing in areas around the brain, and it could affect brain function through interactions with neurons to influence anxiety-like behaviors in mice. We are now looking into whether too much or too little of IL-17 could be linked to anxiety in people.”

IL-17 is a cytokine, a signaling molecule that orchestrates the immune response to infection by activating and directing immune cells. IL-17 also has been linked to autism in animal studies and depression in people.

How an immune molecule like IL-17 might influence brain disorders, however, is something of a mystery since there isn’t much of an immune system in the brain and the few immune cells that do reside there don’t produce IL-17. But Kipnis, along with first author and postdoctoral researcher Kalil Alves de Lima, PhD, realized that the tissues that surround the brain are teeming with immune cells, among them, a small population known as gamma delta T cells that produce IL-17. They set out to determine whether gamma-delta T cells near the brain have an impact on behavior. Kipnis and Alves de Lima conducted the research while at the University of Virginia School of Medicine; both are now at Washington University.

Using mice, they discovered that the meninges are rich in gamma-delta T cells and that such cells, under normal conditions, continually produce IL-17, filling the tissues surrounding the brain with IL-17.

Moreover, the scientists discovered that neurons in the brain have receptors on their surfaces that respond to IL-17. When the scientists removed those receptors so that the neurons could not detect the presence of IL-17, the mice showed less vigilance. The researchers say the findings suggest that behavioral changes are not a byproduct but an integral part of neuro-immune communication.

Although the researchers did not expose mice to bacteria or viruses to study the effects of infection directly, they injected the animals with lipopolysaccharide, a bacterial product that elicits a strong immune response. Gamma-delta T cells in the tissues around the mice’s brains produced more IL-17 in response to the injection. When the animals were treated with antibiotics, however, the amount of IL-17 was reduced, suggesting gamma-delta T cells could sense the presence of normal bacteria such as those that make up the gut microbiome, as well as invading bacterial species, and respond appropriately to regulate behavior.

The researchers speculate that the link between the immune system and the brain could have evolved as part of a multipronged survival strategy. Increased alertness and vigilance could help rodents survive an infection by discouraging behaviors that increase the risk of further infection or predation while in a weakened state, Alves de Lima said.

“The immune system and the brain have most likely co-evolved,” Alves de Lima said. “Selecting special molecules to protect us immunologically and behaviorally at the same time is a smart way to protect against infection. This is a good example of how cytokines, which basically evolved to fight against pathogens, also are acting on the brain and modulating behavior.”

The researchers now are studying how gamma-delta T cells in the meninges detect bacterial signals from other parts of the body. They also are investigating how IL-17 signaling in neurons translates into behavioral changes.