Potential Inhibition of Cognitive Decline with B Vitamins & Omega-3s 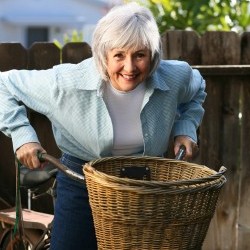 This article at a glance 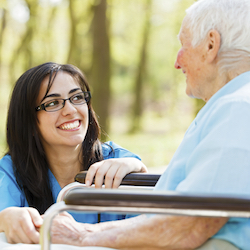 Alzheimer’s Disease (AD) is an accelerated form of age-related cognitive decline characterized by brain atrophy. It is the most common cause of dementia, and one of the most common diseases in the elderly that is currently untreatable. Brain structures that are affected in AD patients include the medial temporal lobe of the cortex, important for memory formation and storage, a general decrease in cortex volume, enlargement of the ventricles, and degeneration of the locus caeruleus. Several potential mechanisms that may underlie AD have been or are currently being investigated that relate to neuroinflammation, disturbed neurotransmitter release and removal, the formation of neurotoxic peptides and insoluble protein aggregates, and disturbed metal and redox homeostasis. AD relates furthermore to disturbances in metabolism, and its prevalence is associated with some genetic and environmental risk factors. AD is characterized as dementia accompanied by the presence of specific protein aggregates (neurofibrillary tangles and senile plaques) in brain tissue. Vascular alterations in the brains of elderly people can also bring about dementia, and mixed forms of vascular dementia and AD (mixed dementia) are particularly common.

The prevalence of AD is increasing as many Western societies have a growing percentage of elderly people. Worldwide an estimated 115 million people will suffer AD by 2050 if no treatment or preventive approach is found. The burden on personal and institutional care for AD patients is very high. Recent research has offered some progress indicating that progressive cognitive decline in established AD can be slowed down using drugs like memantine. Several pharmacological approaches that selectively target the formation of protein aggregates and amyloid-derived peptides associated with AD are ongoing.

Epidemiological evidence suggests that life-style related factors affect mild cognitive impairment and the progressive cognitive decline that antecedes development to dementia. Some of the focus is changing to non-pharmacological approaches aimed at restoring biochemical deficiencies that underlie the atrophy of neuronal tissue, and preventing the cognitive decline preceding AD. The role of the diet is thought to be important, but it is not known which dietary components have an effective role in prevention of AD or might halt disease in established AD. Research from the Oxford Project to Investigate Memory and Ageing (OPTIMA), which has been ongoing since 1988, has offered numerous important insights in AD. OPTIMA draws upon a very large number of patient records and biobanked tissues. Recent research has provided important evidence that sub-optimal low-normal vitamin B12 and folate levels are strongly linked to AD development.

When specifically tested in a randomized clinical trial (VITACOG), supplementation with a high dose of B-vitamins during two years (0.8 mg/d of folic acid, 20 mg/d of vitamin B6 and 0.5 mg/d of vitamin B12) was found to significantly slow down cognitive decline and brain atrophy rate in elderly (>70 yrs) people with mild-cognitive impairment. Of interest, the VITACOG trial revealed that the efficacy of the B vitamins in lowering cognitive decline was better in people with higher levels of homocysteine. B vitamins control homocysteine levels by stimulating the conversion of homocysteine to methionine. Homocysteine is a known risk factor for vascular damage and associated with hypoperfusion of the neocortex and atrophy of the medial temporal lobe in AD patients. The results suggested that differences between individuals existed in the effectiveness and response to B-vitamin intake. In order to achieve a better understanding of which fundamental changes may underlie cognitive decline, adequate intervention trials and analyses have to be performed that can stratify outcomes on those factors that relate to the speed of cognitive decline.

A recently published retrospective analysis of results of the VITACOG trial has investigated to what extent the effect of B-vitamin supplementation relates to the omega-3 LCPUFA status of the study participants. The study was performed by Jernerén and colleagues from the Department of Pharmacology at the University of Oxford, together with researchers from the Oxford Project to Investigate Memory and Aging at Oxford University, the University of Alexandria, Egypt, the United Arab Emirates University, and the University of Oslo, Norway. The primary objective was to evaluate the rate of brain atrophy as a function of the total plasma fatty acid concentrations of EPA, DHA, and both combined. There is some evidence that omega-3 LCPUFA are inversely correlated with homocysteine levels in blood. Furthermore, omega-3 LCPUFA are structural components of polar lipids in brain tissue, and are important for neurocognitive health. Intake of omega-3 PUFA could reduce cognitive decline in people with minor cognitive impairment. The central nervous system imports DHA at least in part through the phospholipid phosphatidylcholine (PC) present in the circulation, and B-vitamins play an important role in the biosynthesis of this lipid. A valid hypothesis is that cognitive decline leading to AD may be due to inadequate supply of circulating PC-contained DHA to the central nervous system, in combination with a lack of control over risk factors such as elevated homocysteine.

The analysis evaluated the rate of brain atrophy in 168 elderly people, of which 85 were in the B-vitamin group and 83 in the placebo group. The mean age of the study participants was 76.6 yrs, with 61% women. There were no baseline differences in a range of anthropomorphic, physiological and biochemical variables between the placebo and B vitamin-treatment groups. A small elevation in the placebo group was noted for the GDS Depression Score, and body mass index. No changes in plasma EPA, DHA, and combined EPA±DHA levels were found compared to baseline or between groups, indicating that B-vitamins at this daily dose do not affect omega-3 LCPUFA homeostasis (at least the component measured in the circulation). A significant decrease in homocysteine level was found in the treatment group (from 11.3 to 8.7 цM). As expected, folate and vitamin B-12 levels in the circulation were significantly higher in the supplementation group. 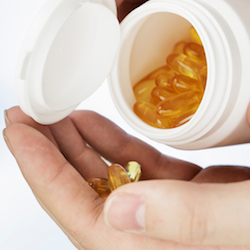 There was an inverse relationship between blood levels of EPA, DHA, and both combined, with the yearly brain atrophy rate in the people that had received B-vitamins, but not in the placebo group. Statistically significant differences in the slope of these relationships were found for DHA and for EPA±DHA combined in the B-vitamin group compared to placebo. The effect of B vitamin supplementation on reducing brain atrophy rates was statistically significant for plasma DHA levels above 245 цM, above 139 цM for EPA, and above 390 цM for EPA±DHA combined. In the two highest tertiles of omega-3 LCPUFA status, statistically significant reductions in atrophy rates were noted in the order of 40-50% in the B-vitamin supplemented people when compared to placebo. When further stratified by people having low (<11.3 цM) or high homo-cysteine levels (≥11.3 цM), higher DHA and EPA±DHA levels in plasma were associated with marked reductions in brain atrophy rates (between 59 and 73%) in those people with high homo-cysteine levels. However, the sample size per group was small for the latter analyses.

The results show that brain atrophy rates in elderly people with mild cognitive impairment can be significantly modified by B vitamin intake, and that this strongly depends on endogenous levels of EPA and DHA. Without supplemental B vitamin intake, the basal omega-3 LCPUFA status does not relate to the rate of brain deterioration. These results are important with a view to the possibility to attenuating the transition from mild cognitive impairment to AD, and they raise questions on the nature of this inter-relationship. A combined action for both B-vitamins and omega-3 LCPUFA in the regulation of neuro-inflammation and brain atrophy is currently not described. The results also strongly indicate the need for a well-designed intervention trial that aims to demonstrate the dependence of the B-vitamin effect on omega-3 status and intake in prevention and potentially treatment of AD.

A recent pilot study by Fiala and colleagues at the Departments of Surgery and Neurology, University of California School of Medicine, Los Angeles, CA, has studied the effect of supplementation with an omega-3 LCPUFA-containing drink in patients with minor cognitive impairments and with AD. Supplementation during a period of 4-17 months increased the capacity of monocyte-derived macrophages to phagocytose amyloid- ẞ, a protein precursor to plaque-forming aggregates in AD brains. The biosynthesis of RvD1, a DHA-derived proresolving lipid mediator with phagocytosis-stimulating activity, was increased in macrophages isolated from those patients that received the omega-3 LCPUFA-enriched drink. These preliminary indications obtained in vivo in people with cognitive impairment suggest that promotion of biochemical processes that process amyloid-ẞ and impart anti-inflammatory activity may be helpful to slow down progression towards AD. This pilot dietary intervention study was not controlled, and the results need to be confirmed in a properly designed clinical trial.

The recent VITACOG trial provides impetus to further study the potential benefits in optimizing vitamin B and omega-3 LCPUFA status in people with mild cognitive impairment to slow down, and perhaps bring to a halt, the abnormal accelerated cognitive decline that precedes AD development. A previous clinical trial with high dose B-vitamin (5 mg/d of folate, 25 mg/d of vitamin B6, 1 mg/d of vitamin B12) in patients with established mild to moderate AD did not show improvements in cognition although homocysteine levels were reduced. It is now important to establish to what extent omega-3 status might determine an effect of B-vitamins in established AD disease. Since differences in the protective effects of omega-3 LCPUFA in sub-groups of people with cognitive impairment have been observed, further definition of patient groups needs to be examined to properly understand the effectiveness of omega-3 intake and status.

The Fats of Life newsletter, formerly the PUFA Newsletter, is published three times a year by GOED, an association of the world’s finest processors, refiners, manufacturers, distributors, marketers, retailers and supporters of products containing Eicosapentaenoic Acid (EPA) and Docosahexaenoic Acid (DHA) omega-3 fatty acids. The articles are written by scientist Gerard Bannenberg, Ph.D., with review and input from the Scientific Advisory Board below and other science and medical experts as needed.  For more information on Fats of Life and GOED, visitwww.fatsoflife.com and www.goedomega3.com.

Lutz TA, Meyer U. Amylin at the interface between metabolic and neurodegenerative disorders. Front. Neurosci. 2015;16(9):216.  [PubMed]