Strange but True: Llamas as the Solution to COVID Antibodies Explained 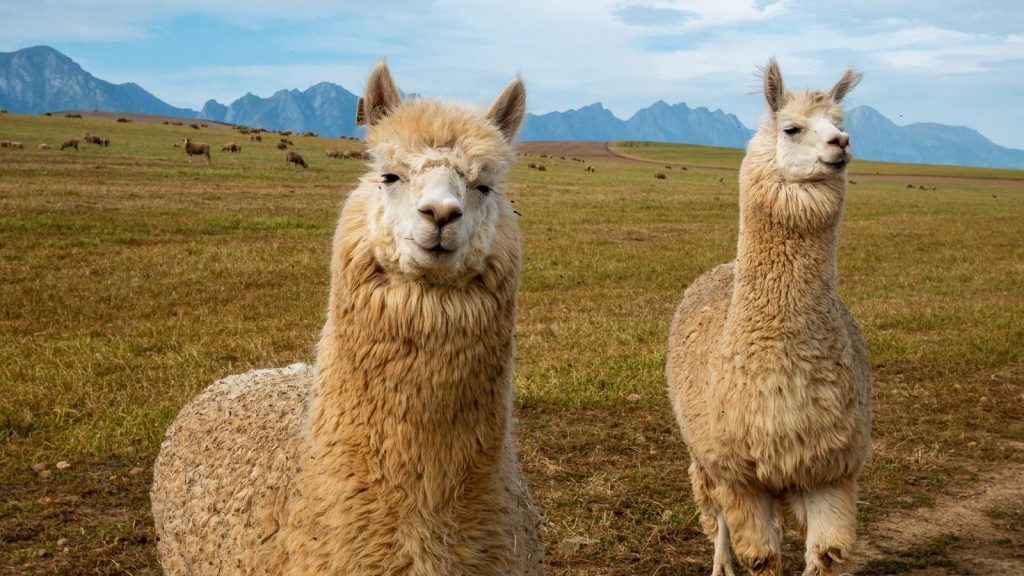 Who would have thought the pandemic could get any stranger? You may have seen popular media mentioning the llamas are a solution to COVID-19 antibodies. Do you think this sounds frivolous with multiple vaccines being administered? There is still a need for effective treatments for those who contract the virus. Surprisingly, the unlikely source may well be the South American llama and tiny antibodies naturally generated by these long-lashed animals.

There’s a very good reason for researching llamas. Llamas, camels and alpacas belong to a group of mammals called camelids. A valuable quirk of nature shows that camelids produce a unique type of antibody that is resistant to certain diseases. These antibodies, referred to as nanobodies, are about half the size of the antibodies produced by humans. They’re also remarkably stable and easy for scientists to manipulate. Fortunately, the llama nanobodies fit into the druggable pockets on the COVID-19 spike proteins (more on that here).

“Llamas generate these nanobodies naturally in high yields, and they fit into the pockets on the surface of proteins that larger-size antibodies can’t access.” — Jason McLellan, The University of Texas at Austin.

“We have received more than 50 llama antibodies with several proteins of SARS-CoV-2,” said Andrzej Joachimiak, director of the Structural Biology Center (SBC) at the APS and co-director of the Center for Structural Genomics of Infectious Diseases. The researchers at the APS do not work with the live virus, but with crystals grown from simulated proteins.) These antibodies are part of ongoing collaborations with several partners, including researchers at the National Institutes of Health (NIH) and the National Institute of Arthritis and Musculoskeletal and Skin Diseases (NIAMS), Joachimiak said, and will be analyzed using the APS to see if they combat the virus’s infectivity.

Why Llamas for COVID-19 Antibodies?

This genetic quirk, which causes camelids such as llamas to produce these smaller antibodies with single protein chains, was discovered by accident in the late 1980s by scientists in Belgium. Since then, scientists have worked with camelid nanobodies to create treatments against several diseases with great success. Their small size allows them to bind to areas of viral proteins that larger antibodies cannot fit into, blocking those proteins from connecting with cells.

“Llamas generate these nanobodies naturally in high yields, and they fit into the pockets on the surface of proteins that larger-size antibodies can’t access,” said Jason McLellan, an associate professor at The University of Texas at Austin.

When the genetic sequence of SARS-CoV-2 was released in January of 2020, McLellan, Wrapp and Saelens worked quickly to test whether any of the antibodies that they had previously isolated against the original SARS-CoV (taken from a Belgian llama named Winter) could also bind and neutralize SARS-CoV-2.  They discovered that one of these nanobodies, which they had characterized using the SBC beamlines at the APS, might be effective against SARS-CoV-2. McLellan said this nanobody, called VHH72, is now under development as a treatment for COVID-19. He and Wrapp received a 2020 Golden Goose Award for this research.

McLellan will tell you that while his results were good, his hopes were a little higher. “We were seeking one potent antibody that neutralized all coronaviruses,” he said. “We immunized Winter hoping to elicit that one nanobody. And maybe we elicited it, but we didn’t isolate it.”

Isolating these tiny nanobodies is tricky, since the body generates an enormous number of them and only a small fraction is intended to fight a particular virus. That’s exactly the problem that Yi Shi, professor of cell biology at the University of Pittsburgh, is trying to fix.

In a paper published in Science, Shi and his colleagues unveiled a new advanced mass spectroscopy method of analyzing those nanobodies from samples of llama blood. The result, according to Shi and research assistant Yufei Xiang (the paper’s lead author), is a large set of nanobodies that bind well to the SARS-CoV-2 virus.

“This is thousands of times better than the current technology, specifically in its selecting properties,” Shi said. “We want nanobodies that bind tightly to SARS-CoV-2, and with this method we can get a drug-quality nanobody that is up to 10,000 times more potent.”

As with McLellan’s research, Shi’s experiment began with a llama, this one named Wally because he resembles (and therefore shares a name with) his black Labrador. The team immunized Wally against SARS-CoV-2, waiting two months for nanobodies to be generated, and then Xiang used their new method to analyze the nanobodies, identify and quantify them. They ended up with 10 million nanobody sequences.

These nanobodies can sit at room temperature for six weeks, and are small enough that they can be aerosolized, meaning therapeutics designed from them can be inhaled directly to the lungs instead of moving through the bloodstream. To confirm the nanobodies’ effectiveness, Cheng Zhang, assistant professor at the University of Pittsburgh, determined structures of the nanobodies bound to the SARS-CoV-2 virus at the National Institute of General Medical Sciences and National Cancer Institute Structural Biology Facility (GM/CA) at the APS.

“With this method we can discover thousands of distinct, ultrahigh-affinity nanobodies for specific antigen binding,” Shi said. “These nanobodies may or may not provide a treatment for COVID-19, but the technology used to isolate them will be important in the future.”

Most recently, a team of scientists led by the University of Bonn in Germany reported newly discovered nanobodies that bind to SARS-CoV-2 and may prevent what is called “mutational escape.” That’s the ability of a virus to avoid immune responses by mutating, and a treatment that prevents the virus from doing so would guard against reinfection.

This research team combined several nanobodies into molecules that attack different parts of the virus simultaneously, helping to prevent virus mutations from reducing therapeutic effectiveness. These nanobodies were taken from a llama and an alpaca immunized against the SARS-CoV-2 virus, and out of several million candidates they ended up with four molecules that proved to be effective.

Ian Wilson, professor of structural biology at the Scripps Research Institute in California, led the team that conducted X-ray diffraction studies at GM/CA at the APS to determine structures of these molecules bound to the virus. “From crystal structures determined from data collected at APS and the Stanford Synchrotron Radiation Lightsource (SSRL), we were able to identify the binding sites of the nanobodies on the SARS-CoV-2 receptor binding domain,” Wilson said.

Only time (and further tests) will tell whether the various nanobodies will translate into effective treatments against COVID-19. But if they do, we’ll have the lovable llama to thank for it.

Source: Argonne National Laboratory seeks solutions to pressing national problems in science and technology. Argonne researchers work closely with researchers from hundreds of companies, universities, and federal, state and municipal agencies to help them solve their specific problems, advance America’s scientific leadership and prepare the nation for a better future. Argonne is managed by UChicago Argonne, LLC for the U.S. Department of Energy’s Office of Science.