Interview with Alessio Fasano, MD on the Future of Finding a Cure for Celiac Disease 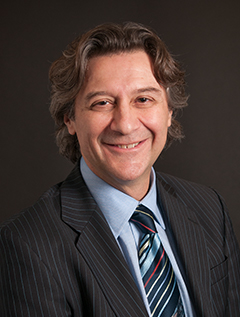 Alessio Fasano, MD is the world’s leading researcher and voice of science on the interplay between celiac disease, gluten and autoimmunity. He is dedicated to helping celiac patients improve their quality of life, as well as researching a cure for the autoimmune disease.

In this interview with Craig Gustafson, from Integrative Medicine, a Clinician’s Journal, Dr. Fassano talks 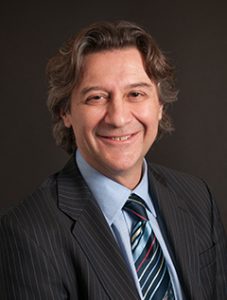 In this interview, Dr. Fasano discusses:

I don’t like it because it has been used and abused over the years to explain some phenomena that sometimes turn out to be correct, but others definitely are not defendable as being linked to the loss of barrier function. ~ Dr. Alessio Fasano

Craig Gustafson: Your most widely known work is related to celiac disease and autoimmune disease. How did you get interested in this research?
Dr Fasano: Originally, I was not interested at all. In the early days, I was really focused on diarrheal diseases, believe it or not, particularly infective diarrhea diseases like cholera. Being a pediatric gastroenterologist, I focused on what is the most impactful science I can do to make a difference.
We still lose 4 or 5 million kids a year to diarrheal disease. It seems to be insane, but that is the truth.
So, that is what I was focusing on, to understand how pathogens cross-talk with us to achieve whatever goal they need to achieve. As a byproduct of that interaction, you got sick with diarrheal disease, so you die from dehydration.
The deeper I delved into these kind of studies, the more I realized that the way that bacteria talk with us is through tools that are there for other purposes. They just stumbled into this cross-talk, so to speak, hijacking a mechanism that the host uses for different purposes, in order to achieve their lifestyle goals.
That led me to believe, that among the other mechanisms they use, bacterial interaction with their host may affect some of the key functions of the gut that have been overlooked for many years, including making the gut more permeable to substances from the environment. So the bottom line is,
increased gut permeability leading to increase trafficking of macromolecules is one of the common bioproducts of the enteric pathogens-host interaction.
Just by serendipity, at the same time, researchers were beginning to understand some of the mechanisms that lead to autoimmunity. And definitely, the breaking of tolerance comes from the environment—the triggers of autoimmunity— is what really leads you to develop this disease if you are
genetically predisposed. But, also, these components have been overlooked for many years. The major focus was—and still is I should say—on how and why the immune system got aggressive against itself and killed your tissues. That is the hallmark of autoimmunity. But how the entire process starts,
why the immune system becomes so belligerent, and what it is reacting to has always been a black box, so to speak. Only in recent years has attention to antigen trafficking—in other words, the small unit that comes from outside to inside our bodies through increased permeability—been on the radar screen of scientists that are interested in why you start this entire process that leads to autoimmunity.
The bottom line is, by studying how bacteria make the intestine become more permeable, I ended up studying the mechanism that starts the cascade of events leading to autoimmunity. Those 2 power roads crossed at a certain point when I started to focus on another diarrheal disease that was an interest of mine, and that was celiac disease. This ended up being categorized as an autoimmune disease, and here you are.
Click Here for the Full Text Interview
Previous Article
Next Article