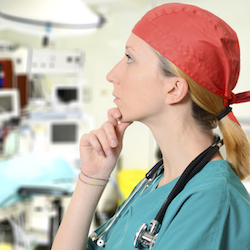 Probiotics seem to be everywhere. From dietary supplements to chocolate bars, these products are designed to improve one’s microbiome. Yet, there have been few serious evaluations of complications related to probiotic ingestion.

This study presents a synthesis and critical evaluation of the reports and series of cases on the infectious complications related to the ingestion of probiotics, which can raise awareness for the prescribing and use of probiotics for certain groups of patients. The researchers emphasize that this study is not meant to discourage the use of probiotics, but to instead better understand that certain high-risk patients may not benefit from the introduction of probiotics in a clinical setting.

In this study, published in BMC Complementary and Alternative Medicine, researchers culled and systematically reviewed the data from PubMed, SciELO and Scopus databases published until August 2018. They found 60 case reports and 7 case series, making up a total of 93 patients.

Among those studies, they found certain strains of probiotics were responsible for the most complications. They also found common factors associated with mortality, including infants and the elderly with compromised immunity and the prevalence of C. difficile colitis and antibiotic use. The following is a summary of the data, the complete study is available for download. 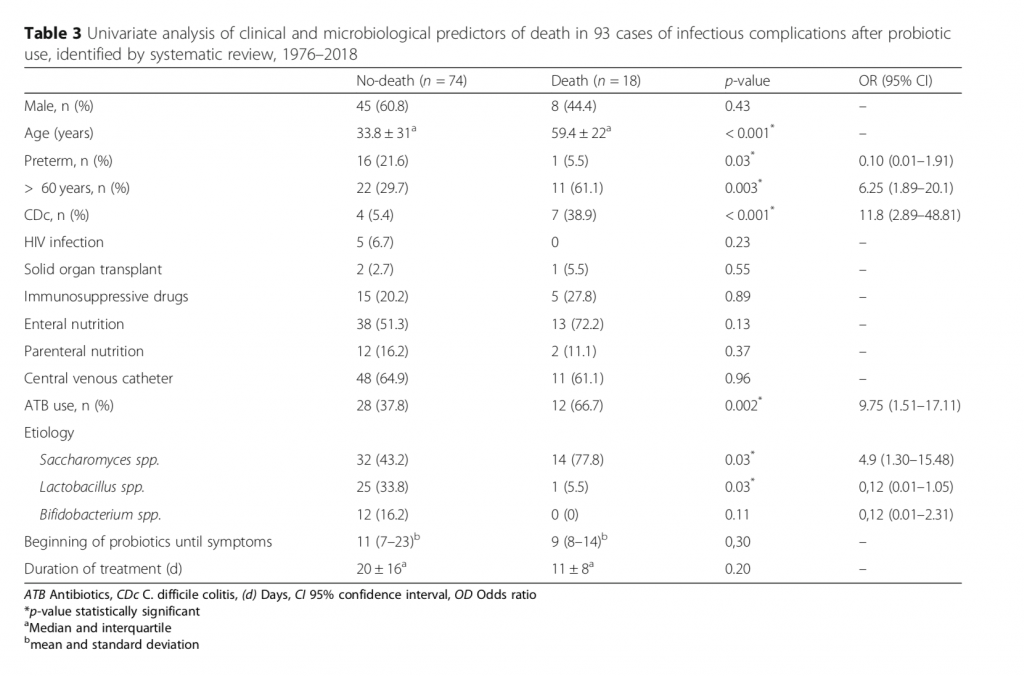 “This systematic review is not intended to discourage the use of probiotics, which have been shown to be effective in many situations in clinical practice. Nonetheless, most trials evaluating probiotics included patients that were not severely ill, and therefore serious adverse events were not expected, which is often not a real-life scenario. On the other hand, the largest to date systematic review on the use of probiotics in critically ill patients failed to demonstrate an effect on ICU or hospital mortality. The number of patients included per trial was small, and the variety of probiotic strains, wide range of daily doses, and length of administration among the different trials weakened any possible clinical conclusions and recommendations.”

“Therefore, to assume that probiotic intake is completely risk-free is not true. The proportion of cases of infectious complications is small when the total number of people who use probiotics is considered. However, the cases described here are infections with high mortality rates such as endocarditis and sepsis. So, although on one hand there is the possibility of publication bias, with more serious cases having been published, on the other, due to the mentioned limitation for the publication of case reports, several other serious cases may not have reached public knowledge.”