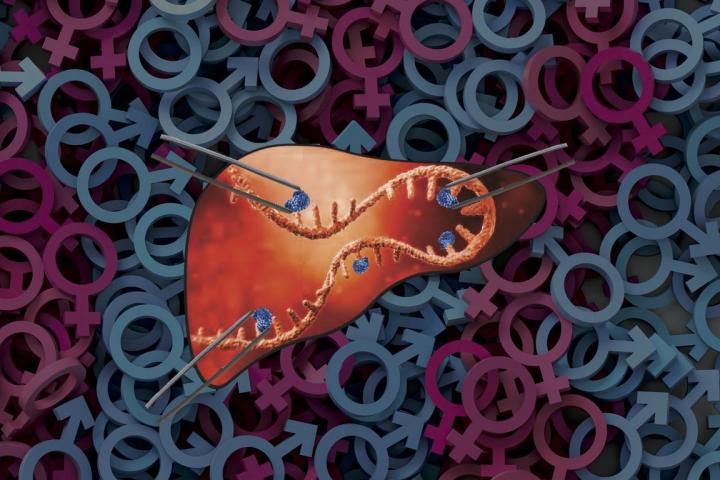 A chemical modification that occurs in some RNA molecules as they carry genetic instructions from DNA to cells’ protein-making machinery may offer protection against non-alcoholic fatty liver, a condition that results from a build-up of fat in the liver and can lead to advanced liver disease, according to a study by UCLA researchers.

The study, conducted in mice, also suggests that this modification — known as m6A, in which a methyl group attaches to an RNA chain — may occur at a different rate in females than it does in males, potentially explaining why females tend to have higher fat content in the liver. The researchers found that without the m6A modification, differences in liver fat content between the sexes were reduced dramatically.

In addition, in a preclinical model, the investigators demonstrated that gene therapy can be used to enhance or add modifications to key RNAs to slow down or reduce the severity of liver disease.

Fatty liver can develop when liver fat content increases due to dietary or genetic factors, potentially leading to advanced liver scarring and disease, as seen in cirrhosis and other conditions. High liver fat content is also associated with increased risk of cardiovascular disease.

In recent years, scientists have identified hundreds of chemical modifications like m6A that can occur in RNA molecules, altering the RNA’s instructions for making proteins without affecting the core DNA. Some modifications can be beneficial, as in the case of liver disease; others can have a detrimental effect.

A key question moving forward is how genetic and environmental factors affect the body’s natural ability to create RNA modifications. Because m6A appears to act as a protective checkpoint that slows the accumulation of fat in the liver, the investigators hope their findings will spur future research on the development of therapies to enhance chemical modifications as a way to protect against liver disease and similar disorders.