Environmental Toxicants – A Factor in the Development of Diabetes?

Data shows a relationship between environmental toxicants and diabetes – so, what can you do to protect your patients?

The first Global Report on Diabetes, recently published by the World Health Organization (WHO),[1] highlighted 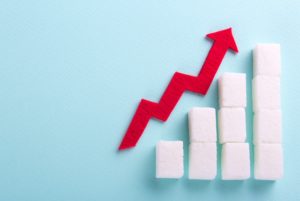 several alarming statistics: the incidence of diabetes has doubled since 1980, and as of 2012, it was the eighth leading cause of death worldwide among both sexes, and the fifth leading cause of death in women. Diabetes was responsible for 1.5 million deaths in 2012, more than 43% of which occurred in individuals under 70 years of age. And the financial impact of diabetes is even more shocking – the cost of this disease in the U.S. increased from $116 billion in 2007 to $237 billion in 2017, and per person, costs an average of $16,752 yearly.[2]

As the report explains, the increase in type-2 diabetes (T2DM) mirrors the likewise alarming increasing prevalence of obesity, with one in three adults over the age of 18 overweight and one in ten being obese. Excessive body fat is the strongest risk factor for the development of T2DM, while other risk factors include higher waist circumference, higher body mass index (BMI), and being an active smoker. Dietary patterns that include a high intake of saturated and total fat, low consumption of fiber, and high intake of sugar-sweetened beverages are also risk factors for T2DM and/or excess body weight. Early childhood nutrition also affects the risk of development of T2DM later in life.

One factor not considered in the WHO overview of diabetes, however, is the potential impact of environmental risk factors on the development of the disease.

Exposure to environmental toxicants can occur through the air, contact with the skin, contaminated drinking water, 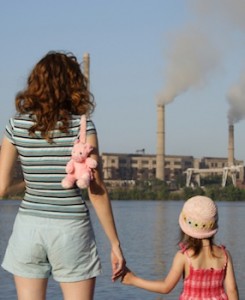 and food. Many environmental pollutants do not degrade over time, and thus continue to accumulate in the environment; these chemicals are classified as persistent organic pollutants (POPs). Similarly, they are persistent in the human body, as their lipophilic nature draws them into fatty tissue like our subcutaneous fat as well as the brain,[3],[4] from which they are slowly released into the bloodstream even if we are not exposed to them on an ongoing basis.

In a survey of 2,016 adult participants, performed by the National Health and Nutrition Examination Survey (NHANES), diabetes prevalence was strongly associated with blood concentrations of six POPs.[5] Interestingly, obese persons who did not have elevated POPs were not at elevated risk of diabetes. This suggests that the POP exposure, rather than the obesity, was responsible for the increased risk.[6]

Environmental toxicants have the ability to affect genetic transcription, disrupting DNA methylation and altering the organization of chromatin which normally serves to prevent DNA damage and control gene expression.[7] Exposure to environmental pollutants can lead to epigenetic changes, which have the potential to affect more than just one generation.[8],[9] In addition to obesity and diabetes, environmental toxicants have been associated with several types of cancer,[10] respiratory disease,[11] cardiovascular disease,[12] infertility,[13] allergies,[14] autoimmune disease,[15] and many other conditions.[16]

Endocrine-disrupting chemicals (EDCs) wreak havoc on the hormones, and therefore can have an adverse effect on male and female reproductive health, sexual development, thyroid function, metabolism, and increase risk of breast and prostate cancers.[17] EDCs include pollutants like organochlorinated pesticides and industrial chemicals, plastics and plasticizers, fuels, and many other chemicals.[18]

Exposure to bisphenol A (BPA), a known EDC, has been linked to obesity, diabetes, cardiovascular diseases, polycystic ovarian disease (PCOS), and low sperm count.[19],[20] BPA is found in the polycarbonate plastics that are used in many types of food and drink packaging including food storage containers, water bottles, baby bottles, and the internal protective coating of cans that hold food.[21] The degree to which BPA leaches from these materials into food depends mostly on the temperature it is exposed to, with hotter food leading to higher amounts. Non-food sources of BPA also are significant with thermal papers and dental materials being sources of exposure as well.[22],[23] BPA can also be found in the breast milk of mothers with high levels of exposure, and readily transfers to the infant.[24]

BPA inhibits adipocytes from releasing adiponectin, an adipokine that is a key regulator of insulin sensitivity[25] and helps to protect humans from obesity, diabetes, and heart disease.[26] BPA has been shown to affect the function of both the insulin-releasing β-cells and the glucagon releasing α-cells in the pancreas.[27] Animal studies have shown that exposure to BPA in utero may contribute to the development of diabetes in the offspring and aggravates insulin resistance associated with pregnancy in the mother.[28] In data analyzing 4,389 adults with diabetes, higher urinary BPA levels were associated with higher hemoglobin A1c (HbA1c) levels.[29] In another recent study, increased exposure to BPA was associated with insulin resistance in overweight or obese children.[30]

Dioxins are POPs that also are classified as EDCs. Dioxins are also stored in adipose tissue and accumulate in the fat of the animals we eat, as well as our bodies.[31] More than 90% of human dioxin exposure is through food, with roughly 50% being from meat and dairy.[32] Much like BPA, dioxins also transfer to infants in utero and via the breast milk.[33] Dioxins have been shown to reduce expression of glucose transporters, decreasing glucose uptake by adipose tissue, the liver and the pancreas.[34] They contribute to mitochondrial dysfunction, which in pancreatic cells can adversely affect the release of insulin.[35] In both men and women, a high serum dioxin level was shown to be an independent risk factor for the development of diabetes, independent of age and weight.[36] Other studies support these findings, however there are some inconsistencies which suggest other factors also may be at play.[37],[38]

In addition to BPA and dioxins, environmental chemicals such as polycyclic aromatic hydrocarbons and volatile organic compounds also cause oxidative damage in the body.[39] Oxidative stress contributes to insulin resistance and β-cell dysfunction[40] as well as the complications associated with diabetes.[41]

Needless to say, lifestyle changes to reduce exposure to harmful compounds such as these may have beneficial effects on many aspects of health as well as the risk of diabetes. However, certain natural products also have data that suggests they may help mitigate the harm caused by environmental toxicants.

Berberine, a compound found in botanicals such as Oregon grape, goldenseal, and barberry, has a multitude of actions that may help reduce damage from these environmental compounds as well as clinical evidence of its benefits for diabetics.[45] It serves as an antioxidant and anti-inflammatory agent,[46] reduces insulin resistance, promotes insulin secretion, inhibits gluconeogenesis in the liver, and stimulates glycolysis in peripheral tissue cells.[47],[48] Berberine also helps balance the gut microbiota and regulates cholesterol production.[49]

Lipoic acid is one antioxidant that helps protect against BPA and dioxin toxicity which also has an array of evidence for its use in diabetes.[50],[51] Studies show that lipoic acid improves glucose utilization, reduces HbA1c levels, supports blood vessel health, and mitigates the peripheral neuropathy complications of diabetes.[52],[53],[54]

Milk thistle, a well-known hepatoprotective herb commonly used as a part of detoxification protocols, also has evidences it helps protect against the oxidative damage induced by environmental contaminants.[55],[56] Milk thistle has evidence both in vitro and in vivo of hypoglycemic and hypolipidemic properties.[57] In patients with both alcoholic liver cirrhosis and diabetes, milk thistle was shown to significantly reduce fasting blood glucose and HbA1c levels, also decreasing insulin requirement by 20%.[58] Human studies have shown milk thistle has synergistic effects on blood sugar when combined with berberine.[59] The antioxidant effects of milk thistle and silymarin, the family of active compounds found in milk thistle, also have been shown to help prevent the development of diabetic nephropathy in animal studies.[60]

N-acetylcysteine (NAC), an antioxidant that also provides cysteine for the production of glutathione, has been found to attenuate the inflammation, oxidative damage, and cognitive dysfunction associated with BPA exposure.[61],[62] In animals, NAC also has been shown to reduce hyperglycemia and diabetes severity,[63] also protecting against hyperglycemia, hyperinsulinemia, and hepatic fat accumulation associated with high-fat diet feeding.[64] Quercetin, a natural compound found in foods such as apples, has evidence it helps mitigate oxidative damage to the liver and kidneys that can be caused by BPA.[65] Quercetin also has evidence that it helps prevent oxidative stress-related β-cell damage in animal models of diabetes.[66]

Environmental toxicants in our air, water, and food produce oxidative stress and contribute to insulin resistance, but natural substances can help mitigate the harm. Chlorella, berberine, lipoic acid, milk thistle, N-acetylcysteine, and quercetin are just a few potential substances which may exert protective effects in the face of exposure to environmental toxins and defend the body from related diabetes and metabolic dysfunction. Many of these agents can be used as supplements, and in addition to dietary and lifestyle changes, offer a holistic approach for protecting the body against chemical exposures.

[45] Lan J, et al. Meta-analysis of the effect and safety of berberine in the treatment of type 2 diabetes mellitus, hyperlipemia and hypertension. J Ethnopharmacol. 2015 Feb 23;161:69-81.