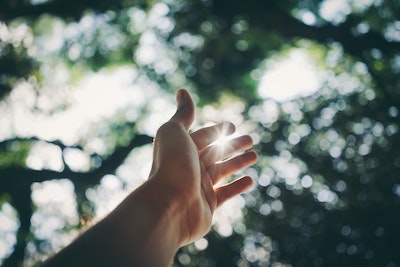 A headline like this sounds too strange to be true. Yes, fat cells deep under your skin can sense sunlight. And when bodies do not get enough exposure to the right kinds of light, fat cells behave differently.

This discovery, published in the journal Cell Reports, was uncovered by scientists at Cincinnati Children’s who were studying how mice control their body temperature. What they found has implications far beyond describing how mice stay warm. The researchers predict that in the future, light therapy could be used to support a healthy metabolism and deter the body from entering a state of metabolic syndrome.

The study shows that light exposure regulates how two kinds of fat cells work together to produce the raw materials that all other cells use for energy. The study authors go on to say that disruptions to this fundamental metabolic process appear to reflect an unhealthy aspect of modern life–spending too much time indoors.

“Our bodies evolved over the years under the sun’s light, including developing light-sensing genes called opsins,” says Richard Lang, PhD, a developmental biologist and senior author of the study. “But now we live so much of our days under artificial light, which does not provide the full spectrum of light we all get from the sun.”

Lang directs the Visual Systems Group at Cincinnati Children’s and has authored or co-authored more than 120 research papers, including many related to eye development and how light interacts with cells beyond the eye.

“This paper represents a significant change in the way we view the effects of light on our bodies,” Lang says.

Shining new light on the role of sunlight

Many people understand that certain wavelengths of light can be harmful, such as gamma radiation from a nuclear bomb or too much ultraviolent light from the sun burning our skin. This study from Lang and colleagues describes a different, healthy role for light exposure.

Despite the fur of a mouse, or the clothing of a person, light does get inside our bodies. Photons–the fundamental particles of light–may slow down and scatter around once they pass the outer layers of skin, Lang says. But they really do get in, and when they do, they affect how cells behave.

Lang’s work in this direction dates back to 2013, when he led a study published in Nature, that demonstrated how light exposure affected eye development in fetal mice. More recently, in 2019, Lang and colleagues published two more papers, one in April in Nature Cell Biology that reported possible benefits of light therapy for eye development in preterm infants, and another study in October in Current Biology that details how light receptors in the skin help mice regulate their internal clocks.

“This idea of light penetration into deep tissue is very new, even to many of my scientific colleagues,” Lang says. “But we and others have been finding opsins located in a variety of tissue types. This is still just the beginning of this work.”

How sunlight ignites an internal fire

In the latest findings, the research team studied how mice respond when exposed to chilly temperatures–about 40° F. They already knew that mice, much like humans, use both a shivering response and an internal fat-burning response to heat themselves.

Deeper analysis revealed that the internal heating process is compromised in the absence of the gene OPN3 and exposure specifically to a 480-nanometer wavelength of blue light. This wavelength is a natural part of sunlight but occurs only in low levels in most artificial light.

When the light exposure occurs, OPN3 prompts white fat cells to release fatty acids into the bloodstream. Various types of cells can use these fatty acids as energy to fuel their activities. But brown fat literally burns the fatty acids (in a process called oxidation) to generate heat that warms up the chilly mice.

When mice were bred to lack the OPN3 gene, they failed to warm up as much as other mice when placed in chilly conditions. But surprisingly, even mice that had the correct gene failed to warm up when they exposed to light that lacked the blue wavelength. Summary of results:

This data prompted the team to conclude that sunlight is required for normal energy metabolism. At least in mice. While the scientists strongly suspect that a similar light-dependent metabolic pathway exists in humans, they need to complete another series of experiments to prove it.

“If the light-OPN3 adipocyte pathway exists in humans, there are potentially broad implications for human health,” the study states. “Our modern lifestyle subjects us to unnatural lighting spectra, exposure to light at night, shift work, and jet lag, all of which result in metabolic disruption. Based on the current findings, it is possible that insufficient stimulation of the light-OPN3 adipocyte pathway is part of an explanation for the prevalence of metabolic deregulation in industrialized nations where unnatural lighting has become the norm.

It likely will require several years of study to flesh out this discovery. Someday, in theory, “light therapy” could become a method for preventing metabolic syndrome from developing into diabetes. Replacing indoor lights with better, full-spectrum lighting systems also could improve public health, Lang says.

However, more study is needed to pin down the potential therapeutic value of light therapy. Questions to answer include determining how much sunlight is needed to support a healthy metabolism and whether people battling obesity might lack a functional OPN3 gene in their fat cells. Also unknown: when would light therapy matter most: for pregnant mothers? For infants and children? Or for fully developed adults?

For now, however, “if people want to take anything personal away from this, you likely can’t go wrong by spending more time outside,” Lang says.

Conclusion/ “Almost all life forms can detect and decode light information for adaptive advantage. Examples include the visual system, in which photoreceptor signals are processed into virtual images, and the circadian system, in which light entrains a physiological clock. Here we describe a light response pathway in mice that employs encephalopsin (OPN3, a 480 nm, blue-light-responsive opsin) to regulate the function of adipocytes.”

“Germline null and adipocyte-specific conditional null mice show a light- and Opn3-dependent deficit in thermogenesis and become hypothermic upon cold exposure. We show that stimulating mouse adipocytes with blue light enhances the lipolysis response and, in particular, phosphorylation of hormone-sensitive lipase. This response is Opn3 dependent. These data establish a key mechanism in which light-dependent, local regulation of the lipolysis response in white adipocytes regulates energy metabolism.”