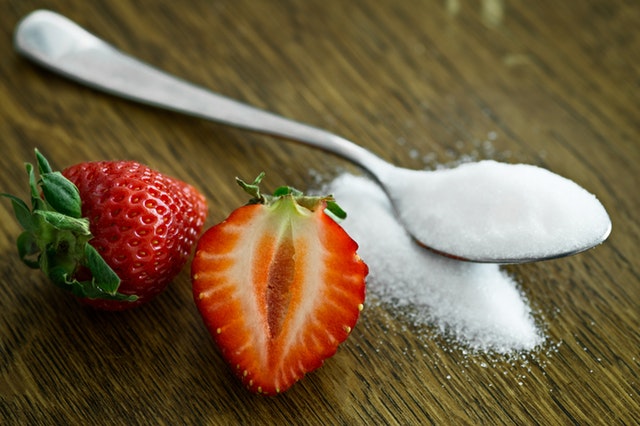 Artificial sweeteners such as sucralose provide the seductive taste of sweetness without the calories contained in sugar — a seeming win-win for people who need to control their blood sugar and insulin levels or weight. However, simply tasting or consuming sucralose may affect blood glucose and insulin levels on glucose tolerance tests, scientists at the University of Illinois found in a new study. The findings suggest that despite having no calories, sucralose may have metabolic effects in some users, said M. Yanina Pepino, a professor of food science and human nutrition at the U. of I., who led the research.

“The most important take-home message is that sweet taste in itself may have an impact on carbohydrate metabolism and glucose control,” Pepino said. “Even though the sample population in our study was small, the findings add to a body of evidence that suggests sweetness should be consumed in moderation, regardless of the calories.”

The study included 10 people of healthy weight and 11 people with obesity; none of the participants had diabetes or were regular users of artificial sweeteners. The participants underwent three oral glucose tolerance tests on separate days spaced about a week apart.

Sucralose had differing effects depending on whether participants ingested it or only tasted it and whether they had obesity, the researchers found.

When people of healthy weight swallowed the sucralose, their blood insulin levels decreased modestly during the first hour, and their insulin sensitivity increased by about 50%, said graduate student Clara Salame, who co-wrote the study.

“While insulin responses to either tasting or swallowing the sucralose were similar in those of normal weight, those responses were very different in people with obesity,” Pepino said. “Therefore, we hypothesize that some post-ingestive effects of sucralose may occur only in people with obesity. However, our study included people who were not habitual consumers of artificial sweeteners, and further studies are needed to explore what happens with this acute effect of sucralose after long-term use.”

Pepino cautioned that since the various artificial sweeteners have very different chemical structures and the body may handle them differently – some are broken down in the stomach while others remain unabsorbed in the intestine — the findings on post-ingestive effects may be unique to sucralose.

However, since all artificial sweeteners activate the sweet taste receptors in the mouth, the metabolic effects associated with sweetness may be more generalizable, she said.

Pepino said she had expected that tasting sucralose and spitting it out would have similar effects to consuming water; thus, she was surprised to discover that participants’ insulin levels were affected by taste alone.

“Interestingly, we found that in both groups of people – those with obesity and those of normal weight – there was a reduction in insulin response to the glucose tolerance test when they just tasted sweetness before drinking the glucose solution. It was the most surprising finding, and we are following up on that in a new study,” Pepino said.

“What our data suggest is that there are mechanisms that we don’t understand clearly about how the human body regulates glucose and the potential metabolic effects of tasting something sweet beyond providing a sense of pleasure,” Pepino said.

Conclusion/ “The results from our study, while very modest in magnitude, add to a growing body of literature demonstrating that sucralose is not metabolically inert and contribute further to the observation that sucralose differentially affects glucose metabolism in people with obesity and people with normal weight. In addition, our findings underscore a physiological role for taste perception in postprandial glucose responses, which supports the notion that sweeteners, regardless of their associated caloric contribution, should be consumed in moderation.”