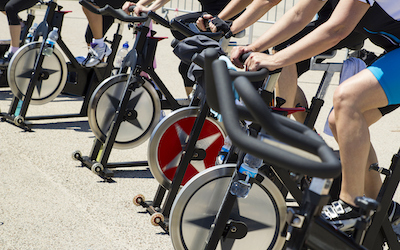 We found that phospholipids and cholesterol in VLDL particles decreased in response to exercise.  These changes are beneficial for cardiometabolic health because VLDL transports lipids from the  liver to peripheral tissues, converts into ‘bad’ LDL cholesterol in the circulation, and thus has detrimental cardiovascular effects.”

Exercise training also decreased Vascular adhesion protein-1 activity, which can have beneficial anti-inflammatory effects especially on vasculature, though the underlying mechanisms could not be determined in this study. Whether Akkermansia mediates the health benefits of exercise is under further investigation

A few other cross-sectional studies have shown that microbes belonging to the Akkermansia genus are more abundant among physically active subjects than they are among inactive ones. Akkermansia has been a target of intense research recently, and some researchers believe that it may prevent obesity and diabetes. “However, more studies are needed to prove that Akkermansia might mediate some of the health benefits of exercise,” Pekkala says. See below for all

In addition to the composition of the gut microbiota, changes in their genes, that is, in their functionality, were studied. “The abundance of the functional genes did not change much, which was perhaps to be expected because the diet did not change during training,” Pekkala points out. “If the training period had been longer, greater effects probably would have been seen.”

Conclusion / In conclusion, a successfully conducted six-weeks guided endurance exercise training modified the composition and functions of gut microbiota without greatly affecting systemic metabolites. These shifts were independent of gross changes in weight, body composition or diet. Based on our data and existing literature we propose that especially Akkermansia is an exercise-responsive taxon. Our results warrant the need for further studies in larger cohorts to determine whether all exercise types other than endurance exercise also modify the gut metagenome. In the future, it would be important to confirm the gut microbiota findings with longer/larger exercise trials and to see whether in long-term the exercise-induced gut microbiota changes lead to changes in the metabolome.