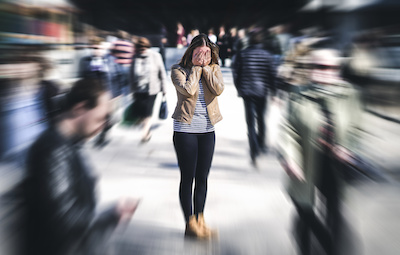 On Today’s Practitioner, we’ve been a champion of reporting on the importance of regulating gut bacteria for mood disorders (see our Mood and Microbiome Resource Center here).  A review study including 1,500 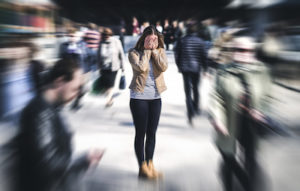 Increasingly, research has indicated that gut microbiota can help regulate brain function through the gut-brain axis. A team of researchers from the Shanghai Mental Health Center at Shanghai Jiao Tong University School of Medicine, set out to investigate if there was evidence to support improvement of anxiety symptoms by regulating intestinal microbiota.

The researchers reviewed 21 studies that collectively looked at 1,503 people. Of the 21 studies, 14 chose probiotics as interventions to regulate intestinal microbiota (IRIFs), and seven chose non-probiotic ways, such as adjusting daily diets. The researchers found that probiotic supplements in seven studies within their analysis contained only one kind of probiotic, two studies used a product that contained two kinds of probiotics, and the supplements used in the other five studies included at least three kinds.

The reasons for this result may be as follows:

The authors say one reason that non-probiotic interventions were significantly more effective than probiotic interventions was possibly due to the fact that changing diet (a diverse energy source) could have more of an impact on gut bacteria growth than introducing specific types of bacteria in a probiotic supplement. Also, some of the studies introduced different types of probiotics, which means they may have fought against each other. Many of the intervention times used may have been too short to significantly increase the abundance of the imported bacteria.

Also, it should be noted that the subjects were either patients with chronic diseases that are comorbid with anxiety symptoms or healthy individuals. Chronic diseases included inflammatory bowel syndrome (IBS), chronic fatigue syndrome (CFS), rheumatoid arthritis (RA), obesity and fibromyalgia. Sixty-seven per cent of chronic disease subjects were patients with IBS, indicating that anxiety symptoms are common in intestinal-related chronic diseases. After reviewing the studies about the pathological mechanism of IBS published in recent years, Raskov and colleagues found that the gut-brain axis played a central role in the persistence of IBS and the microbiota played a key role. In the study, the improvement of anxiety symptoms in patients with IBS by adjusting intestinal flora was further evidence of the gut-brain axis mechanism.

Most of the studies did not report serious adverse events, and only four studies reported mild adverse effects such as dry mouth and diarrhoea. This is an observational study, and as such, cannot establish cause. Indeed, the authors acknowledge some limitations, such as differences in study design, subjects, interventions and measurements, making the data unsuitable for further analysis. Nevertheless, they say the overall quality of the 21 studies included was high.

CONCLUSION / “In the clinical treatment of anxiety symptoms, in addition to the use of psychiatric drugs for treatment, the researchers say that one can also consider regulating intestinal flora to alleviate anxiety symptoms. Especially for patients with somatic diseases who are not suitable for the application of psychiatric drugs for anxiety treatment, probiotic methods and/or non-probiotic ways like low FODMAPs can be applied flexibly according to clinical conditions. However, there are still some studies showing that the effect of regulating intestinal flora to improve anxiety symptoms is limited. Therefore, more relevant clinical intervention studies should be carried out with the unified anxiety assessment scales and statistical methods being used to clarify the relationship between intestinal flora adjustment and improvement of anxiety symptoms.”