Can the New American Nutrition Association Finally De-Rodney Dangerfield Nutrition in US Medicine? 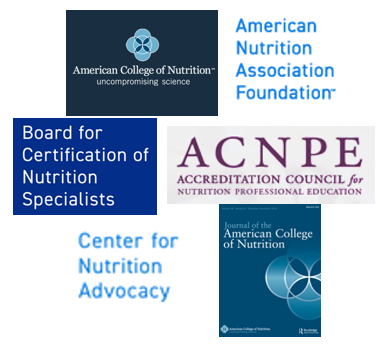 What reform push to turn the medical industry toward health has been shouted from the white-papered roof tops as long as the call to dramatically increase the role of nutrition in professional education and practice? Food as medicine is both cornerstone and connective stratum across the naturopathic, functional, integrative, lifestyle, and most traditional medicine models for reform. The bugle was sounded again recently. With a reminder that poor nutrition is a leading factor in chronic disease and an assertion that “personalized nutrition has the power to reverse this epidemic,” five nutrition-related organizations announced they have banded together to form the American Nutrition Association (ANA). Their bodacious goal: nothing less than to help “unleash nutrition’s potential to reverse the crisis.” Who are these folks and what might they do to finally give nutrition the respect it deserves?

There are reasons for all the past failures: nutrition is the nominal innocent in a passion play in which multiple entrenched stakeholders would like to see food as medicine nailed to a cross rather than as a living force in a healthy people. “We view it as a profound ‘nutrition gap’” says ANA chief executive officer and lead organizer Michael Stroka, JD, MBA, MS, CNS, LDN, in an interview for this piece. “Where is nutrition in the pecking order? Almost nowhere.”

A media release on the ANA’s formation ticks off six elements that he and his colleagues view as key elements of the gap. The antagonistic entrenchment is visible:

Under Stroka’s executive leadership, and with a philanthropic and convening partnership from the Westreich Foundation and others, five organizations already working to create and empower a credentialed and evidence-informed nutrition work force.  These organizations essentially encompass the education, accreditation, certification, research, advocacy and resource garnering responsibilities of a modern profession:

The release announcing the ANA’s formation acknowledges that one battleground, particularly for a set of organizations that support the use of multiple interventions involving dietary supplements, is research science. The release presents “personalized nutrition science” as the ANA’s guiding light. Blumberg, the ANA board chair and professor at the Tufts Friedman School of Nutrition Science and Policy and past director of the Antioxidants Research Laboratory at the Jean Mayer USDA Human Nutrition Research Center put the ANA’s movement for personalized nutrition in perspective:

Genetics represents only a very small portion of the risk for chronic disease, while the overwhelming majority of the risk comes from modifiable actions we take every day. And personalized nutrition interventions hold the potential to have a profound impact.

Our group of forward-thinking nutrition scientists, health professionals and thought leaders realized that a comprehensive solution was required, targeting each root of the ‘Nutrition Gap’. So our organizations made a historic decision to unite. As one unified voice, we have a powerful platform to educate, certify, advocate and connect, to champion personalized nutrition. What especially excites me is that we are deeply steeped in science, not tied to a specific ideology. Science is our North Star.

The ANA’s board membership of 24 members is replete with scientists with backgrounds from multiple academic centers, among them Scripps, Yale, U Michigan, UC Davis. They have a sprinkling of similarly well-placed international academic members. The Journal has an impact factor of 2.08, roughly on par with leading journals in the complementary and integrative medicine space. A webpage on ANA’s standards announces that “the first of our core values is: ‘Nutrition is a Science.’”

The ANA and dietary supplements

The ANA board also includes nutritional supplement industry leaders such as Nutrition Business Journal Summit founder Tom Aarts, the convener of them most significant schmoozing and learning executive conference for the dietary supplement industry. The best known ANA leader, Bland, is arguably the single most influential scientist over the past 30 years in promoting use of dietary supplements as part of functional and personalized medical approaches.

Stroka notes that ANA has relationships with the Institute for Functional Medicine and with the naturopathic doctors, another field closely associated with therapeutic nutrition featuring extensive use of supplements. He shares that, like IFM and naturopathic doctors, ANA will take support from the natural products industry. He immediately shares that the ANA has a thoroughly crafted policy shaping their industry relations “in a manner that preserves the scientific integrity of the ANA.”

The ANA’s remarkable document and associated policies and procedures are a reference point for other clinician organizations in the field. Remarkably, the corporate partners that make it through the ANA’s elaborate, multi-stage process, are explicitly prohibited from the following:

Routes to Impact – Internal and External

Those involved in establishing or maturing their professions will recognize that the new entity, ANA, is itself a professional development step. At a certain point, professions set up structures to convene the key agencies in their own field. The American Society of Acupuncturists is playing this role for East Asian medicine. The Conversation on the Future of Naturopathic Medicine project and the Naturopathic Medicine Collaborative are provide these functions for naturopathy. The International Association of Yoga Therapists which literally houses these membership-credentialing-accreditation initiatives under its aegis provides a similar function.

While the campaign for transformative action related to nutrition and health has scores of fronts, it is clear from the ANA’s website and that of the organizations that most of the present work is in the trenches of professional formation. Getting more nutrition programs to go for accreditation, more nutrition professionals to seek certification, more inclusive and sensible licensing and regulatory approaches consistent with ANA standards in more states, and more recognition in federal policy. (They’ve already had some success with Medicare.)

Yet ANA has jumped out of the gate with more than internal professional plans. It declared an audacious goal: nothing less than to de-Rodney Dangerfield nutrition in medicine. To date, nutrition just can’t get the respect that its deserves. To underscore the just last week lifestyle medicine leader David Katz, MD. MPH was again feeling the need to make the case in Diet is the Most Important Predictor in Health.

It is remarkable that in the lengthy Katz interview, the head of integrative medicine and founder of the global True Health Initiative did not once mention dietary supplements. The campaign for respect for “nutrition in health” can be framed as “diet in health” as Katz did and “food in health” as Hippocrates reportedly did. It can also be framed to include “supplements in health” – which is clearly the frame for the new ANA that Stroka and his colleagues have created. This part of the ANA goal may be its most bodacious.

In May 2016, he accepted an invitation to serve as the editor-in-chief of the Journal of Alternative and Complementary Medicine. Since mid-2015, John has re-focused his work on presenting, teaching and mentoring. He has keynoted, led plenary sessions, breakouts and offered guest lectures for dozens of organizations. These range from the Association of American Medical Colleges and Harvard University to Bastyr University and American College of Traditional Chinese Medicine; the UCLA School of Medicine to the Institute for Health and Productivity Management and Palmer College of Chiropractic; from the International Congress for Research on Integrative Medicine and Health to the American Hospital Association and the Midwives Alliance of North America. He has consulted with insurers, employers, professional organizations, universities, and government agencies at all levels. As an organizer, Weeks convened the Integrative Medicine Industry Leadership Summits (2000-2002), directed the National Education Dialogue to Advance Integrated Care (2004-2006), fund-raised the start-up and was on the founding steering committee of the Integrated Healthcare Policy Consortium (2002-). He co-founded the Academic Collaborative for Integrative Health, which he directed 2007-2015, and was on the founding board of the Academy of Integrative Health and Medicine. In 2014, three consortia and others combined to grant him a Lifetime Achievement Living Tribute Award. Four academic institutions have granted Weeks honorary doctorates for his work. Seattle-based, he considers himself a particularly lucky soul to have worked remotely while living with his spouse Jeana Kimball, ND, MPH, and their children in Costa Rica, Nicaragua and Puerto Rico for 6 of the last 15 years. For more with John Weeks, follow his Integrator Blog.