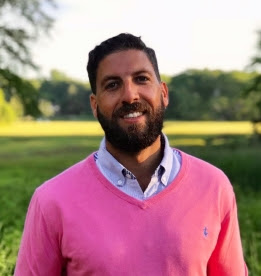 How Much More Damage will be Done before the Fix Is In? In recent weeks the death toll from vaping has risen to 12. States, cities and some countries have banned flavored e-cigarettes. In an effort to lower teen use, cities are banning e-cigarette sales for those under 18. In this commentary by Dr. Josh Mansour, he says that the medical community must take a stronger stand to stop the vaping deaths.

On September, 9th, the FDA sent a warning letter to JUUL about claims the company has made that e-cigarettes are safer than paper cigarettes. Officials now report 6 deaths and at least 450 cases of potential vaping-related illness in all 50 states. A majority of these deaths and illnesses are young people. FDA has targeted only one of many companies in this expanding market.

Despite the steep increase in deaths and illnesses, the FDA is still allowing e-cigarette makers to submit their plans for preventing underage access to their products until 2022. I say this is too late. While e-cigarettes and vaping were initially intended to help adults quit smoking traditional cigarettes – though this claim has weak evidence – these companies have managed to entice younger individuals to pick up this dangerous habit. The colorful packaging and different flavors are seemingly harmless to youth. Just like the Marlboro Man cigarette marketing campaigns, e-cigarettes use among youth have an aura of being hip and cool.

Haven’t we been here before? And, why do we have to wait decades to collect enough public-health evidence to scientifically prove the ill effects?

These devices now have a strong reputation as being “safer” to paper cigarettes, although they can lead to nicotine addiction and possible irreversible irritation to the lining of the lungs and now as shown by countless recent cases and hospitalizations. Additionally, a new wave of adverse effects from exposure to second-hand vapers has surfaced, many of which are affecting children.

One reason for this jump in use is that there remains a façade that vaping isn’t as dangerous as smoking traditional tobacco cigarettes. For teens and young adults, they perceive that vaping does not have many of the side effects of conventional cigarette smoking.

The FDA stance hanging over the medical community is that not enough time has passed to show a correlation or causal relationship. This doesn’t mean that it doesn’t exist. It took decades before doctors believed that there was a case against cigarettes. It is now known to be the deadliest artifact in the history of human civilization. I argue we don’t have that kind of time based on what we have learned in a short time.

E-cigarettes were first introduced in China in 2004 and have been on the market in the United States since the mid-2000s. By 2014, 90% of all e-cigarettes technology and products worldwide came from China, where there is no regulation posed on the ingredients and chemicals contained within the products.

Thanks to a great deal of celebrity and social media marketing, by 2015 2.4 million high school students and 620,000 middle school students had used an e-cigarette at least one time in the past 30 days. Why? The fruity and minty flavor profiles of e-cigarettes do not contain the foul taste and musty odor of its earlier counterpart.

New e-cigarettes have a multitude of flavors and colorful packaging. Eddie Fatakhov, MD, integrative medicine, and board-certified internal medicine physician suggest that “this could contribute to the fact that the CDC has seen a decrease in cigarette smoking among teens, but unfortunately a change to a surge in the use of vaping products.” He believes as I do, that cutting out these flavors would likely make the big difference in their current appeal to teens. Michigan is the first state to ban the sale of flavored e-cigarettes. This is a start, but there are so many other ways to access products online so the risk of vaping death is not likely to go away.

What are the different dangers associated with vaping?

Because many of the products on the market contain so many unknown ingredients and chemicals, it is difficult to make a hard and fast rule about what is causing the health problems. This is why these products are so scary. A countless number of these products include a variety of chemicals that have not been tested. Joseph Allen, an environmental scientist at Harvard University, co-authored a study published this year in which they tested over 35 cartridges and 35 different electronic-cigarette liquid products. In many of these, they found microbes and microbial toxins (some bacterial and fungal) that can have adverse respiratory effects.

Patients thus far have experienced shortness of breath, fatigue, weight loss, coughing and even severe lung disease leading to lung collapse. Both the long and short-term repercussions are not fully understood at this time as the FDA does not require the manufacturers to list all the ingredients in these devices. Therefore, there may be unknown carcinogens that may increase a person’s overall risk of cancer compared to someone that does not smoke.

Also, many of these products are oil-based, which is a problem that is not often talked about. Oils in the lungs present a unique set of health issues as compared to water-based products. The impurities, oils, and additives in the vape products are likely the cause of lung problems.

In addition to the several lung issues caused and being investigated by the CDC, the U.S. Food and Drug Administration is now investigating over a hundred reports of neurological conditions, including seizures, following e-cigarette usage.

Many of these devices contain extremely high concentrations of nicotine, which we know can have both and addictive and detrimental effect, even at low doses. Several of the symptoms of nicotine include, but are not limited to tremors, an increase in heart rate, profuse sweating, nausea, vomiting, dizziness, and even seizures. Furthermore, the euphoric effect of nicotine lasts for a short time, leading individuals to use it more frequently and later require more of it to receive this buzz.

There is already data on several of the harmful effects of these devices, with even more set to come. FDA officials have urged others “who have experience unexpected or product issues to report them through the federal agency” as several health issues continue to surface. As more information continues to pour in from hospitals, clinics, physicians, and patients it remains important to know the health risks associated with vaping and to inform others.

Although there remains a lot to be discovered, one thing is for sure: this must be addressed and fast. As physicians, we must take a strong stance for the sake of our children and youth. Our children are in danger of becoming addicted to vaping and risk permanent injury and even death. We as physicians need to do something to stop this headlong craze of vaping and e-cigarettes.

Let’s not wait for the next tobacco health crisis when we have the power to stop this now. I urge you to contact The American Medical Association and let your voice be heard. “We must not stand by while e-cigarettes continue to go unregulated. We urge the U.S. Food and Drug Administration (FDA) to speed up the regulation of e-cigarettes and remove all unregulated products from the market,” said AMA President Patrice Harris said in a recent statement calling for people to avoid using e-cigarettes.

Dr. Joshua Mansour is a board-certified hematologist/oncologist working and in the field of hematopoietic stem cell transplantation and cellular immunotherapy in Los Angeles, California. In June 2019 he was a recipient of the ‘40 Under 40 in Cancer’ award. Abstracts, manuscripts, and commentaries by Dr. Mansour have been published in U.S. News & World Report and more than 100 other esteemed journals and media outlets.