The commentary published on Today’s Practitioner from Jeffrey Bland PhD and Alex Vasquez, DO was met with widespread interest. In light of the response and the scientific flip flopping regarding Omega-3 fatty acids and coronary disease, it’s important to take retrospective look at a significant 2016 study, Polyunsaturated Fatty Acid Biomarkers and Coronary Heart Disease: Pooling Project of 19 Cohort Studies (JAMA Int. Med 2016) and a supporting editorial, published J Public Health Emergency 2017 by Philip Calder, BSc, PhD, DPhil, professor of immunology at University of Southampton. This article highlights Calder’s key points and offers the full text editorial to registered users at the end of this summary.

In his guest editorial, Professor Calder, BSc, PhD, DPhil, reviews the scientific history and outlines the overwhelming evidence showing that with conscientious consumption of marine sources of docosahexaenoic acid (DHA) and eicosapentaenoic acid (EPA) and/or supplementation, the general public can indeed reduce their risk of coronary disease.

The following is a summary of Calder’s editorial with supporting references (if you prefer to read the full editorial,  jump down to the full text button at the conclusion of this article). 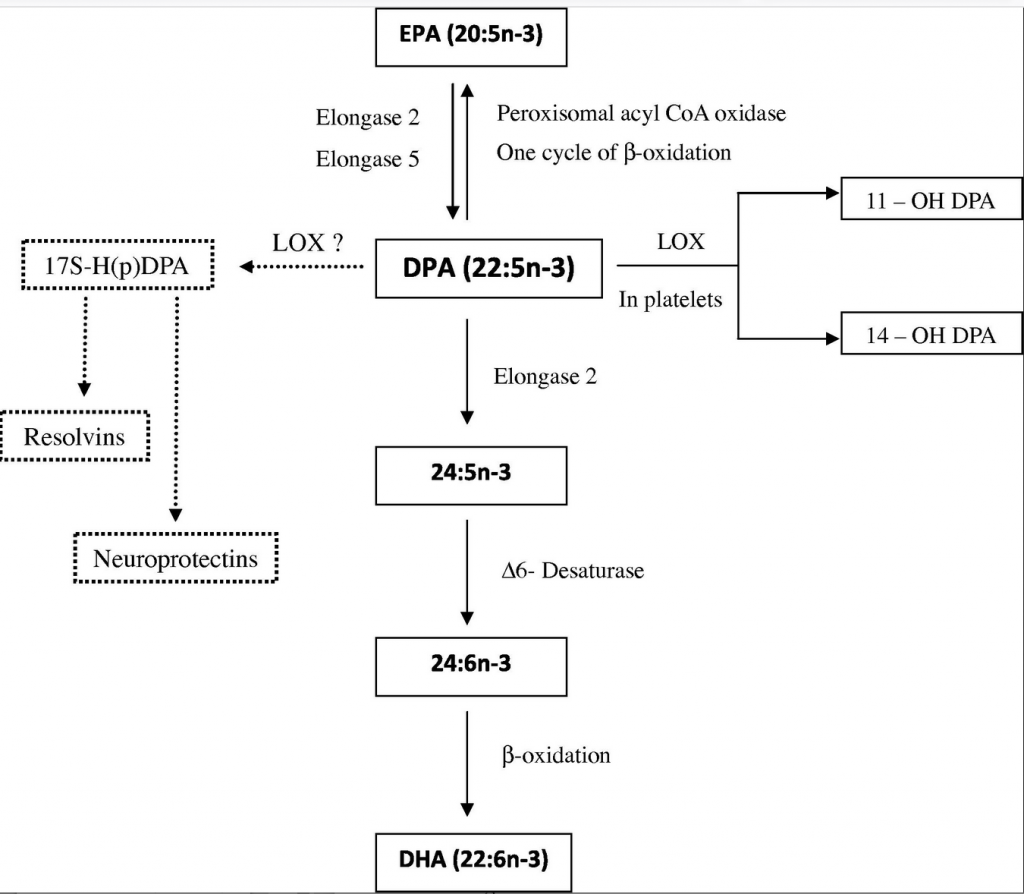 Calder further discusses the protective effects of DHA and EPA for patients within certain at-risk categories. Despite the positive findings with omega-3 fatty acid interventions in at-risk patient groups, which are supported by meta-analyses and biologically plausible candidate mechanisms, a number of studies published since 2010 have not replicated the earlier findings. This leads us to a where we are today: some studies show there is little protective effect of supplemental omega-3 fatty acids on cardiovascular mortality, especially in at-risk groups.

It is important to recognize that the most recent studies of omega-3 fatty acids and cardiovascular mortality in at-risk patients have been criticized for various reasons related to small sample size, the low dose of EPA plus DHA used, and the too short duration of follow up.[10] Nevertheless, these recent trials and meta-analyses have led to the conclusion that omega-3 fatty acids have no role in CHD or CVD prevention or treatment.”

Calder says this conclusion does not fit well with current evidence, which clearly demonstrates a role for EPA and DHA in primary prevention of CHD. He makes the case that the situation regarding secondary prevention remains unresolved as supportive meta-analyses continue to be published. Most of all, experiences with patient post-myocardial infarction is positive.[11]

In his conclusion, Calder writes: “The findings confirm a role for omega-3 fatty acids in primary prevention of coronary disease. An estimate of the intakes of EPA and DHA required to bring about an increase in EPA and DHA concentration that is protective suggests that such intakes are achievable in the general population.”