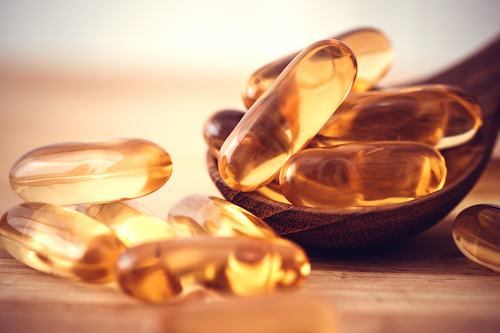 We commonly evaluate food and macronutrients based on their ability to supply the necessary fuel for our bodies to operate, as such, we classify them as: carbohydrates, proteins and fats. However, we must also consider food based on its healing power and role in optimal health, which goes beyond basic nutritional characterization. One area that has gained attention is the interaction between nutrition and the immune system. This has led to increased interest into the impact of different foods, or parts of foods, on their ability to promote either health or illness. However, this relationship is complex and multivariable.

A study on the impact of early nutrition on immune health reported the effects of fiber, antioxidants, polyunsaturated fatty acids, folate and other vitamins beyond their metabolic value to their impact on nutritional programming of the immune health.

According to a 2020 review, “A growing body of evidence suggests that further consideration of dietary patterns, immune system and gut microbiome composition and function, and subsequent epigenetic modifications are needed to improve our understanding of diet–immune system interactions.”

Inflammation is the immune system’s response to harmful stimuli such as a physical injury, allergy, infection, or any other cause. Fatty acids are released from cell membranes when the immune system is triggered. They serve as substrates for signaling molecules that determine how the body responds to these insults by initiating and eventually resolving the inflammatory process. This process includes coordination with many cell types. Omega-3 (n-3) and Omega-6 (n-6) fatty acids are essential fatty acids found in the diet. They play important roles throughout the body as structural components of cell membranes.

A 2018 study looked into the immunological outcomes of healthy elderly subjects when following a Mediterranean-style diet rich in n-3 from vegetables and fish. The study records the effects of this particular dietary pattern on chronic low-grade inflammation and the decline in immune function commonly associated with aging. After one year of a tailored intervention, researchers observed the modification in a variety of immune function parameters leading them to suggest that these dietary changes later in life “could improve aspects of innate immunity and thus it could aid the design of strategies to counteract age-associated disturbances.”

Previous research has shown that n-3 PUFAs may reduce the inflammatory response by targeting select cell types. For example, researchers are trying to understand how n-3 PUFAs influence B cell function through multiple mechanisms, and they have shown that n-3 PUFAs boost B cell activation and antibody production and are critical for both innate and adaptive immune responses. One study looked at how n-3 PUFAs modulated B cell activity, and how this influenced the immune response to infections. Researchers stated that,

“These B cell functions are critical for the host defense response against pathogens, protection against reinfection, as well as tissue homeostasis. Therefore, boosting B cell antibody production or activities, perhaps through n-3 PUFA supplementation, may have clinical relevance in certain patient populations….”

Researchers are looking into the direct effects of n-3 PUFAs on different cells of the immune system to further learn how to optimize and implement omega-3 supplementation. While pursuing the precise mechanisms of the immunoregulatory effects of n-3 PUFAs, the following questions must be asked, “How many of the effects exerted by omega-3 fatty acids rely on their localization on the cellular membrane? How many of them rely on the activation of transcription factors? Are the transcription factors activated by omega-3 fatty acids the same in all immune cells?”

As we consider these questions to reach a more complete understanding of the body’s inflammatory response and proper immune system support, it is clear that n-3 PUFAs should be considered as a primary component of healthy dietary patterns.