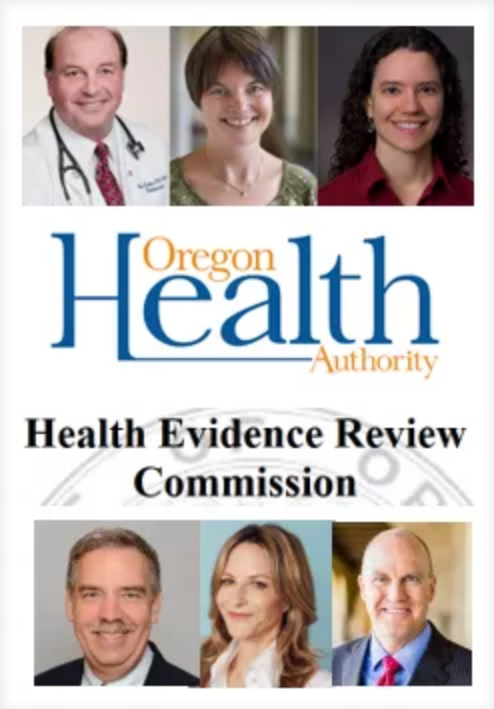 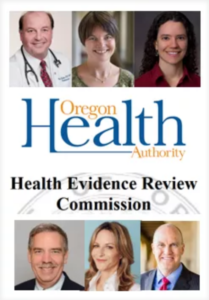 When Oregon announced in 2016 that it would shift its back and neck care for Medicaid clients from opioids toward acupuncture, spinal manipulation, massage, yoga therapy and mind-body methods, it was heralded as a breakthrough for pain treatment nationally. Inside that policy was a mandate many now consider even bigger news. Doctors were required to totally taper patients off opioids.  A backlash propelled by a letter signed by over 100 conventional pain academics nationwide – plus with one notable signer from the integrative pain community – stopped Oregon’s planned expansion of the model in its tracks. While there are good reasons for caution on mandatory tapering, the one-sided reactivity missed a chance for practitioners and patients alike to gain more experience with non pharmacologic tools to rein in the known abuses associated with opioids.

Observers knew this shift of the therapeutic order required a sea-change for all parties. The Oregon Collaborative for Integrative Health announced that it was stepping up to help re-train the complementary medicine workforce for new, more team-based, integrative roles in pain and addiction. For success with the new model, conventional practitioners would need to overcome inexperience with integrative practitioners and practices. These tools are outside their medical training and practice.

A recent peer-reviewed paper from researchers embedded in Oregon’s change effort reported results of surveys of acupuncturists and interviews with executives of coordinated care organizations (CCO) on the complexities. The challenge was nothing less than – as the authors captured in the title – shifting Whole Systems within Whole Systems to place a new paradigm of treatment inside Oregon’s network of CCOs.  Big challenges. What could be done, for instance, in rural eastern Oregon where a licensed acupuncturist was about as common as a kangaroo?

Despite the challenges, the Oregon Health Authority began to consider applying the strategy to five more pain-related conditions: “fibromyalgia, chronic pain syndrome, chronic pain due to trauma, other chronic postprocedural pain and other chronic pain.” Each would be opened to coverage of the same set of non-pharma approaches and practitioners, and come under a mandatory tapering requirement.

This stirred patients and pain professionals to action. One of the latter was pain psychologist Bob Twillman, PhD . The former president of the now defunct Academy of Integrative Pain Management and executive committee member at the Integrative Health Policy Consortium (IHPC) has a distinctive background in the field. He has worked closely for the Center for Practical Bioethics which, like AIPM – under its former name as the American Academy of Pain Management – was substantially supported by opioid manufacturers. Both organization were investigated as alleged not-for-profit “fronts” for the opioid producers.

Twillman, who has become a colleague, denies the charges. He has always distinguished himself in the nation’s integrative pain space as a professional whose advocacy for integrative strategies is typically coupled with defending the appropriate use of opioids. When I saw Twillman’s name among the co-signers of the letter that adamantly opposed the OHA’s program expansion, I contacted him for his perspective.

In his telling, Twillman had a seminal role in stirring the opposition – even if the letter was not exactly what he would have crafted. He shared that he learned in a hearing last summer when AIPM was still functioning that the integrative-friendly initiative included a tapering to zero requirement. This stunned him. On what evidence? He spoke to the contrary evidence of people heading to the illegal drug market when forced off opioids. A bump in suicides has been linked to forced withdrawal. Twillman also noted the lack of access of many to non-pharma practitioners. He spoke of how ill-prepared conventional practitioners are to comfortably work with these new team members, and how little evidence there is that these approaches are in fact useful in the thick of chronic opioid prescription and addiction.

Twillman felt it important to inform his colleague, rising pain star and author Beth Darnall, MD, the former president of the Oregon Pain Society who is now a Stanford Medical School pain scientist. Twillman surmised that Darnall alerted her Stanford colleague, pain policy leader Sean Mackey, MD, the past president of the American Academy of Pain Medicine and a leader of multiple national pain policy efforts. Mackey, who says he first learned of the situation from co-signer Andrea Anderson, would subsequently work with a team and affix their John Hancocks to the top of the letter before sending it out to colleagues nationally for endorsement. Amendment, at the time Twillman received it, was not an option.

The letter calls on OHP to abandon their expansion, due to many of the evidentiary issues Twillman noted. For instance:

I asked Twillman why the letter didn’t promote this direction. He said that while he personally supported it, language in the letter was sent as a fait accompli, with no chance to amend. Twillman believed that the evidence issues raised, and the risk of harm, were high enough to sign his name.

Yet what we are left with is a letter that – were the Sackler Family behind oxycontin’s deceptive marketing practices still operating in their old style – they would certainly have been celebrated it as a win. In a world where it famously takes 17 years for clinical practice to catch up with evidence, the call of the Mackey et al led protesters to wait on research guarantees ongoing opioid dependence in Oregon’s pain treatment for these conditions for the foreseeable future. The letter did not celebrate Oregon’s bravery in seeking a new way. There was no call to hear from and learn from patients who have successfully been tapered, and physicians – and acupuncturists and other integrative practitioner – who have success stories to share.

Above all, they did not acknowledge the ambiguity that will necessarily characterize smart policy and practice in shifting the nation’s therapeutic order in treating human beings with chronic pain. Most researchers like it in black and white. National pain guideline expert and clinician Roger Chao, MD busts this stereotype as he captures some of this ambiguity in statements in a media account:

“I can’t tell you whether the tapers I do in my practice are voluntary or involuntary,” said Dr. Roger Chou, a professor of medicine at Oregon Health & Science University and director of the Pacific Northwest Evidence-based Practice Center.

The majority of the time, patients don’t want to be tapered, he said.

“I explain why I think that’s important, that it’s a safety issue, and I guide them through the process. I try to be empathetic, but they don’t want to taper,” Chou said. “Is that voluntary or involuntary?”

We are in an area of grey zones layered on grey zones in this effort to instill whole new systems of treatment in whole statewide systems to transform chronic pain treatment. Yet Mackey et al and the others hounding at OHA’s gate argued an easy, one-sided view from evidence’s deceptively comfortable arm-chair while the morbidity and mortality from present opioid practices continues to spread through the landscape.