Bringing Sexy Back: Traditional Botanicals for a Libido Boost 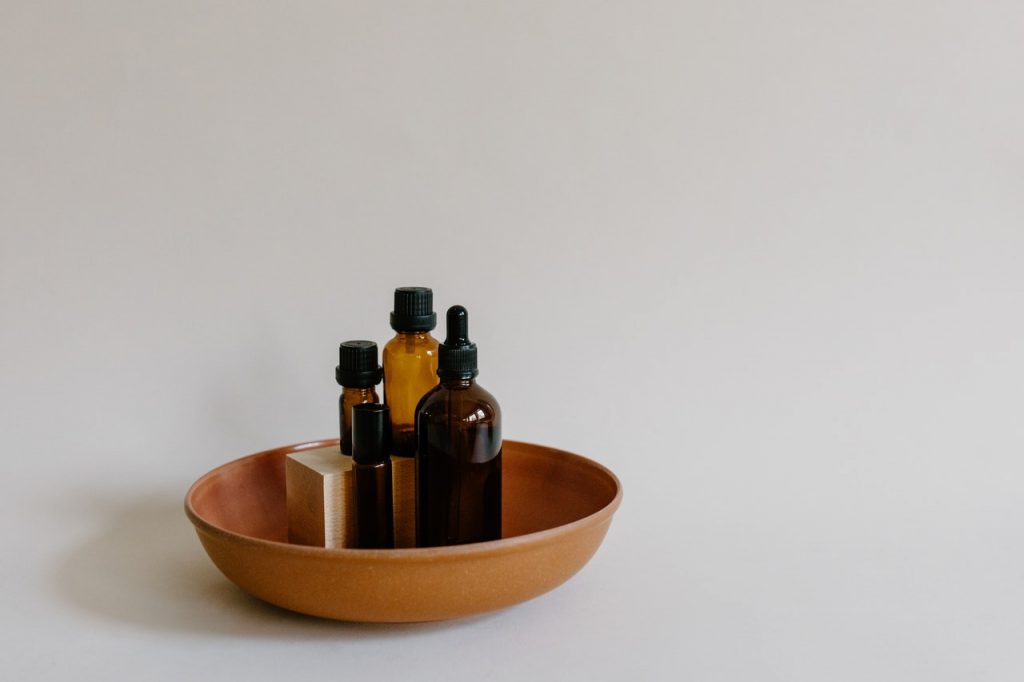 The stress and profound lifestyle changes related to the pandemic have affected us in countless areas of our lives. Taking care of oneself, family, and those dear to us took on a whole new meaning. For many, sexual health and well-being unavoidably slipslided down from an item of reasonably high priority to something we hoped we could and would give more attention to again eventually if things ever returned to how they had been.

More than a year later, many of us have adapted to a new normal and we also have had to acknowledge that things may never be exactly how they once were. However, with this, will sex continue to come in last place? Or, is it time that we take pause and recognize its importance for our overall health and balance and do the things that are necessary to get it back on the priority list? It just may be time to add a sex therapist to the other forms of therapy we’ve needed to draw support from during pandemic 2020 and beyond.

When we look to conventional medicine for means to enhance sexual vigor we come up short, save the use of a general or sexual health therapist as was mentioned. However, with botanical medicine, there is a profound history of traditional use of botanicals to enhance libido, sexual function, and fertility. Gimmicky? With a sexual wellness market (including condoms, lubricants, and toys) projected to have global sales of over 108 billion by 2027;[1] the growth of the market for natural supplements to support libido and sexual function also stands to make substantial gains, and already was noteworthy.[2] Naysayers will continue to be naysayers, but don’t be surprised if they are trying out some of these libido products “off the record”. Here, we take a look at our favorite traditional botanicals for enhancing libido and sexual health.

Maca (Lepidium meyenii) is a prized Peruvian botanical native to the high altitudes and intense conditions of the Andes. It is very nutritive and for this reason is used by the indigenous people to the region not only for its medicinal properties, but also as a food or nutritional enhancer.[3] Where sexual health is concerned, maca is considered a hormonal balancer and adaptogenic herb, while it also has a positive impact on depression – qualities which make it an ideal choice for sexual health in 2020 and beyond.

In post-menopausal women, maca has been shown to significantly improve anxiety and depression and enhance sexual function after being taken for a prolonged period.[4] In men with erectile dysfunction (ED), significant improvements were seen not only in ED scores but also psychological and physical performance scores after a period of 12 weeks of maca use.[5] Similar to saffron,[6],[7] maca has been shown to help alleviate sexual dysfunction related to antidepressant use, with effects being more pronounced at a higher dosage.[8] Numerous animal models support these clinical findings, and also establish maca’s antioxidant, anti-inflammatory, neuroprotective, dermatological, memory-enhancing, energizing, and metabolic effects.[9]

Tribulus terrestris, commonly known as puncture vine, or simply tribulus, is a botanical that tends to hold a reputation for male sexual health, however, it has studies with positive findings in both male and female populations. This botanical has a long history of use in both Ayurvedic and Chinese medicine due to its growth in warm regions both tropical and arid.[10]

Studies in males with ED have found tribulus increases levels of dehydroepiandrosterone sulfate (DHEA-S), also improving the frequency of successful intercourse.[11] Animal studies have shown increased testosterone levels along with a dose-dependent increase of sexual behaviors.[12] Although sexual behaviors were acutely increased, the rise in testosterone was only assessed with chronic use. Tribulus was also shown to increase testosterone levels in aging men (age 40 to 70) with ED or lower urinary tract symptoms,[13] however, it did not alter levels of testosterone (nor androstenedione or luteinizing hormone) in young healthy men.[14] Animal studies have also shown tribulus has pro-erectile effects, likely due to enhanced nitric oxide production, which also has been shown to translate to positive effects on hypertension.[15],[16] Additional studies in men have also shown improvements in ED and sexual function,[17],[18],[19] while in combination with other botanicals and tryptophan, it also improved premature ejaculation.[20]

The studies with tribulus in females are in some regards even more to “get excited” about. In women with hypoactive sexual desire disorder (HSDD) having a mean age of approximately 36 years, supplementation with tribulus significantly improved multiple parameters of sexual function including arousal, desire, lubrication, satisfaction, and even pain by four weeks.[21] In a subsequent follow-on study of premenopausal women with HSDD, significant improvements were seen in desire, arousal, lubrication, orgasm, pain, and satisfaction.[22] Additionally, in this study, testosterone levels were assessed, and with tribulus, significant increases were seen in free and bioavailable testosterone. Finally, a study in postmenopausal women with diminished libido also found significant improvements in desire, arousal/lubrication, pain, and orgasm with tribulus, as well as a significant increase in free and bioavailable testosterone.[23]

Asparagus racemosus, commonly known as shatavari, is an Ayurvedic herb with a long history of use for female complaints as well as gastrointestinal conditions and the management of inflammation.[32] Shatavari is seen to have a tonify and balancing effect in many settings, including disorders of the nervous system.[33] It is by these actions that shatavari has been postulated to intercept many conditions of female reproductive dysfunction including polycystic ovarian syndrome and infertility.[34]

In Ayurveda, shatavari is seen to cleanse, tonify, and nourish the female reproductive system and is thus used for nearly all female reproductive and hormone related-issues including endometriosis, premenstrual syndrome, dysmenorrhea, amenorrhea, uterine prolapse, prevention of miscarriage, post-partum support, poor libido, and menopause.[35] The regional name in the Himalayans being Shatamuli meaning a hundred roots, shatavari is seen to promote love and capacity for sexual relations, figuratively translated as enabling one to be able to have a hundred husbands.[36]

Yohimbe, scientifically known as both Pausinystalia yohimbe or Corynanthe yohimbe, has long been used in traditional medicine of Western Africa, the region to which it is native, for enhancement of male sexual function.[37] Known as the “African Viagra” the plant contains the alkaloid yohimbine, which was been developed into the drug yohimbine hydrochloride, a medication shown to improve erectile function in multiple studies.[38],[39],[40] Yohimbine acts as an alpha-2 adrenergic antagonist in the central and peripheral nervous system, leading to a variety of autonomic nervous system effects including increased sympathetic activity and norepinephrine release.[41] As such, it even has been shown to useful for treating psychogenic erectile dysfunction and dysfunction associated with selective serotonin reuptake inhibitor (SSRI) use.[42],[43]

Although dose-dependent effects have been seen with yohimbine,[44] at higher doses there are concerns for its safety due to adverse events which can be severe including priapism, hypertension, atrial fibrillation, tachycardia, palpitations, myocardial infarction, vertigo, anxiety, impulsivity, agitation, and worsening of psychiatric conditions.[45],[46],[47] In humans, it has been shown to have interaction effects with ethanol, increasing severity of intoxication,[48] and also has been observed to increase spontaneous drug seeking behavior and opioid withdrawal symptoms.[49],[50] Clearly, yohimbe should only be used as a low dose herb in indicated settings, with a high level of scrutiny for and caution around the many factors that may put a patient at heightened risk.

Damiana (the Latin names being both Turnera diffusa and Turnera aphrodisiaca) is a shrub native to southern regions of the U.S., Central America, and South America that is known for its aphrodisiac properties.[51] It also was used for a variety of indications that varied regionally including respiratory health (asthma, cough, and infection prevention), gastrointestinal issues (gastric ulcers, dyspepsia, and diarrhea), and even as an antidiabetic and adaptogen.[52] In women, damiana additionally has been used for conditions related to the menstrual cycle including dysmenorrhea, regulation of menstruation in puberty, and menopausal symptoms.[53]

Damiana happens to be a PDE5 inhibitor and enhances nitric oxide synthesis as well.[54],[55] In animals, damiana has been shown to shorten the refractory period between ejaculation events and also has notable anxiolytic properties, which may lessen inhibitions to sexual engagement.[56],[57],[58]These effects of damiana have been observed in animals acutely and did not necessitate long term treatment. Clinically, it has only been studied in combination products, and as such, has been shown to contribute to improvements in numerous markers of sexual function.[59],[60],[61]

Mother nature offers us many multifaceted botanicals for addressing sexual health and function that have been used for this purpose for hundreds of years prior to the advent of our modern medications. Sexual health and vigor have been prized since the beginning of time, so it should come as no surprise that herbs such as these were discovered and came into popular use. Although we don’t see clinical studies with all these botanicals uniquely, one cannot deny that their reputation has stood the test of time, making them something we should consider to enhance our sexual health as well.

[2] Nutra Ingredients. How to take the sleaze out of libido supplements. Accessed February 16, 2021. Available at: https://www.nutraingredients.com/Article/2016/04/22/How-to-take-the-sleaze-out-of-libido-supplements#

[13] GamalEl Din SF, et al. Tribulus terrestris versus placebo in the treatment of erectile dysfunction and lower urinary tract symptoms in patients with late-onset hypogonadism: A placebo-controlled study. Urologia. 2019 May;86(2):74-78.

[19] Spivak LG, et al. [Results of a comparative multi-center randomized clinical study of efficacy and safety of EFFEX Tribulus and Tribestan in patients with erectile dysfunction]. Urologiia. 2018 May;(2):54-61.