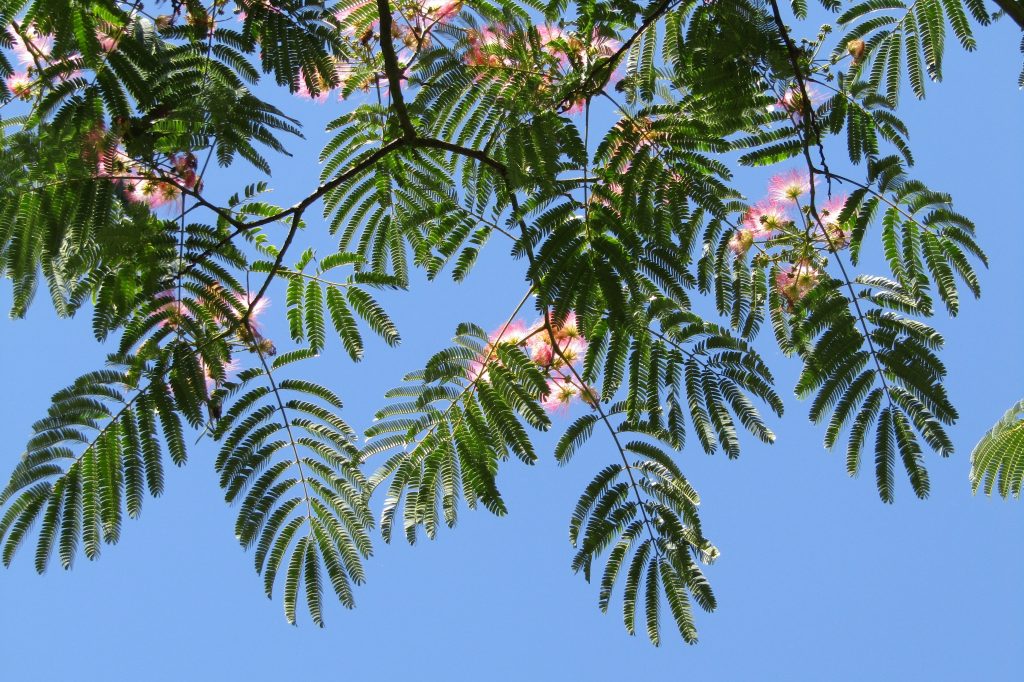 In addition to popular botanicals and botanically-derived substances like ashwagandha and L-theanine, many other natural agents that support relaxation and healthy sleep also exist. As practitioners, the more tools we can have in our toolkit the better, as almost daily we encounter someone who has “tried everything,” reacts paradoxically, or has allergies or other reasons for avoidance of many of well-thought out and studied things we might suggest. A combination of botanicals used in Classical Chinese Medicine and an extract from a deep-sea fish used by the Ancient Celts are two lesser known, yet effective, interventions to consider when supporting your stressed and emotionally-challenged patients. 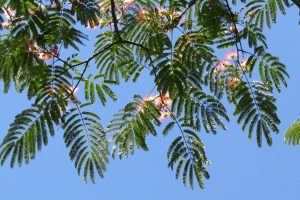 Collective Happiness Bark, also known as Silk tree (Albizia julibrissin) is one of three herbs in a blend of botanicals used in Chinese medicine for their calming effect, as well as to support sleep at higher doses. The other botanicals in this blend are Ramulus uncariae, also known as Gou Teng or Gamdir vine, and Jujube (Ziziphus spinose) seed. In Traditional Chinese Medicine (TCM), mood issues such as irritability, frustration, and nervousness, as well as insomnia, are seen as a collective issue of the heart and the liver. This blend of botanicals is focused at calming down the liver, clearing heat and removing spasm, also removing obstructions to the flow of Chi and quieting the spirit.

Although descriptions and concepts such as these are unfamiliar to many who practice Western medicine, the research behind these botanicals brings up terms with which we have much familiarity such as serotonergic, GABAergic, and neuroprotective.1,2 These botanicals also have been demonstrated to have antioxidant effects,3,4,5 which is important to consider as well in mood disorders such as depression.6

Silk tree has been shown in animal models to have anxiolytic effects, targeting serotonergic systems and 5-HT1A and 5-HT2C receptors in the brain.7,8 The bark, and two flavonol glycosides (quercitrin and isoquercitrin) isolated from this plant, have been demonstrated to have dose-dependent sedative effects in mice, decreasing sleep latency and increasing sleeping duration.9 Rhynchophylline, one of the major constituents of Ramulus uncariae, has been shown to modulate sleep, increasing both total sleep time and rapid eye movement in rats.10 Finally, jujube seed and its extract or constituent compounds have been shown to have GABAergic effects, with anxiolytic effects at lower doses and sedative effects at higher doses.11 Jujube has also been shown to have neuroprotective effects, stimulating neurogenesis, and improving learning and memory.12 Although animal studies offer modest evidence, the centuries of traditional use of these botanical weighs heavily in support.

Mood and Adrenal-Supporting Food from the Deep Seas

One of the things that can be helpful when stresses run high are substances known as adaptogens. Adaptogens help the body adapt to stressors, be they physical, mental, or other challenges of endurance. Adaptogens commonly are the roots of herbs such as licorice root, ginseng, maca, rhodiola, and many more. Not only are these deep plant parts useful – an extract from the deep-sea fish, Blue Ling (Molva dypterygia), has also been shown to have adaptogenic effects. This deep-water fish is found at a depth of 1500 to 3000 feet, where the oxygen deficiency and extreme pressure and temperature have made it develop a highly specialized metabolism and physiology.13 Historically, the extract from this fish was used by the ancient Celts to improve resilience to physical and emotional stress.

This extract contains a high concentration of amino acids, small peptides, essential fatty acids (including omega-3, omega-6 and omega-9), and is rich in vitamins A, D, and E which serve as food to the brain, supporting neurotransmitter production and healthy cellular function. In animal studies, the extract has been shown to have anxiolytic and antidepressant-like effects, reducing immobility time in swimming challenges and increasing exploratory behavior.14,15 In humans, improved motivation and concentration, reduced fatigue, as well as increased alpha wave activity, have been observed.16,17 Additionally, in healthy college students, significantly reduced anxiety has also been observed with ongoing consumption, with trends towards reduced anxiety for a prolonged period after discontinuation as well.18