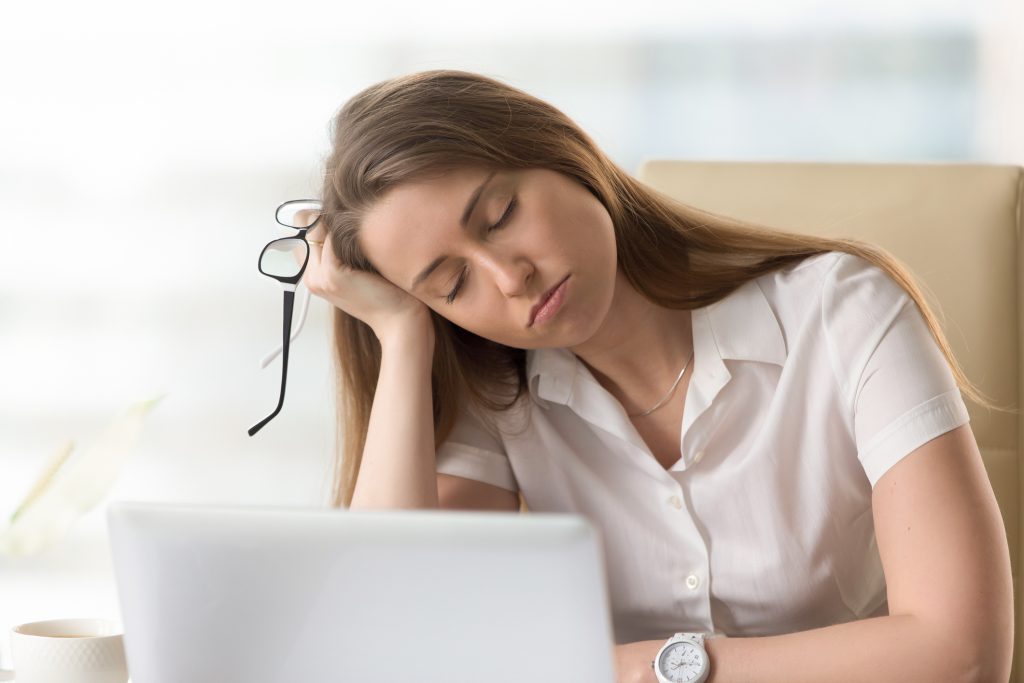 Two new studies out recently provide insight into the importance of sleep for mental health and how the practice of mindfulness training provides an alternative approach to treating insomnia.

A study from Annals of Behavioral Medicine shows that it takes only three consecutive nights of sleep loss to cause one’s mental and physical well-being to greatly deteriorate. This study looked the consequences of sleeping fewer than six hours of sleep for eight consecutive nights – the minimum duration of sleep that experts say is necessary to support optimal health in average adults.

“Many of us think that we can pay our sleep debt on weekends and be more productive on weekdays,” Lee said. “However, results from this study show that having just one night of sleep loss can significantly impair your daily functioning.”

Data provided by the Midlife in the United States study included nearly 2,000 middle-aged adults who were relatively healthy and well-educated. Among them, 42% had at least one night of sleep loss, sleeping 1 ½ fewer hours than their typical routines. They recorded their mental and physical behaviors in a diary for eight consecutive days, allowing researchers to review how sleep loss causes wear and tear on the body. Study participants reported:

About one-third of U.S. adults sleep less than six hours per night. Lee says once that becomes a habit, it’s increasingly difficult for your body to fully recover from lack of sleep, continuing the vicious cycle of worsening daily well-being, which could impact one professionally.

What To Do About Loss of Sleep?

The most common treatment for insomnia is medication or psychological interventions. However, even frontline treatments such as cognitive-behavioral therapy have limitations with up to 40% of patients not getting any relief from their insomnia symptoms. In this second sleep study, researchers looked for alternative approaches to treat insomnia. Researchers compared mindfulness training to Sleep Hygiene, Education, and Exercise Programme (SHEEP).

Principal Investigator Assistant Professor Julian Lim from the Centre for Sleep and Cognition at the National University of Singapore’s (NUS) Yong Loo Lin School of Medicine, together with the Singapore General Hospital’s Department of Psychology, looked towards mindfulness-based treatment. Mindfulness is the awareness of moment-to-moment thoughts, feelings, and bodily sensations, and the practice of accepting these experiences without judging or reacting to them. Backed by scientific evidence, practicing mindfulness is becoming increasingly popular as a means to reduce stress, treat mental health problems, and improve general well-being.

The randomized controlled study compared a Mindfulness-Based Therapy for Insomnia (MBTI) with an active Sleep Hygiene, Education, and Exercise Programme (SHEEP) to see if the former could improve sleep outcomes in older adults with sleep complaints. A total of 127 participants, aged 50-80, were randomized and allocated between the two programs – 65 received MBTI while 62 went through SHEEP. Both interventions consisted of eight weekly sessions which were of two hours duration each.

The MBTI course included formal mindfulness exercises such as mindful eating, sitting meditation, mindful movement and body scans. This was followed by a group discussion of their experiences during the past week, as well as the application of practices and principles of mindfulness which directly addressed their sleep difficulties. In addition, participants were taught good sleep habits and behavioral strategies that they could use to improve their sleep.

On the other hand, the SHEEP course provided participants with information about sleep biology, self-monitoring of sleep behavior and taught changes to make in their habits and environment that could improve sleep quality. Participants also learned and practiced sleep-promoting exercises such as diaphragmatic breathing, morning and evening stretching movements, and progressive muscle relaxation.

Although sleep quality improved across the board, the study found MBTI to be more effective in reducing insomnia symptoms than SHEEP. Additionally, MBTI led to observable improvements when sleep was measured objectively – using wrist-worn activity monitors, and by recording electrical brain activity while participants slept at home. These objective measurements showed that MBTI participants took less time to fall asleep, and spent less time awake during the night, while this was not seen among SHEEP participants.

Explaining the study’s findings, Assistant Professor Julian Lim said: “Insomnia is strongly linked to hyper-arousal, or a failure to switch off the “fight-or-flight” system when it’s time to sleep. It typically starts because of a triggering stressful event, and persists because some individuals go on to develop bad sleep habits and dysfunctional thoughts about sleep. MBTI uses behavioral strategies to address the bad sleep habits directly, such as encouraging people to get out of bed if they have difficulty sleeping to rebuild the association between the bed and good sleep, and mindfulness techniques to equip people with more flexible strategies to deal with the dysfunctional or arousing thoughts.”

Assistant Professor Lim added, “The demonstration of the Mindfulness-Based Therapy as a viable treatment for insomnia presents possible valid alternatives for people who have failed or have no access to standard frontline therapies. Such treatment can be delivered in groups within and outside of a medical setting, providing members of the public with sleep issues easier and more efficient access to seek help.”

Click Here for Full-Text Study on Mindfulness and Insomnia