Are your Patients Getting Enough Vitamin D? 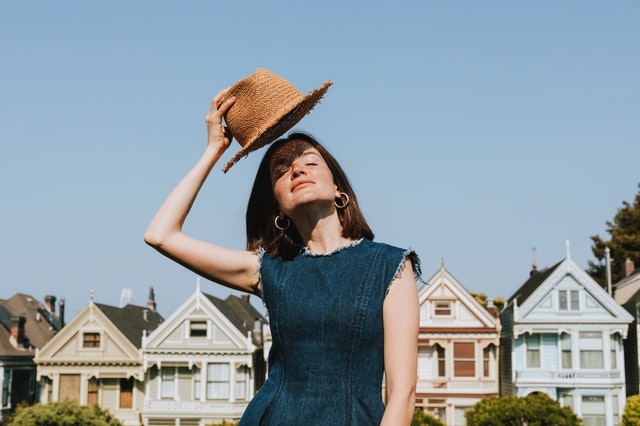 During the past few decades your patients have been taught to be wary of the sun. This advice may mean your patients are not getting enough vitamin D, which could be detrimental to their health. For some reason, research that found sunburns to be linked to skin cancer morphed into warnings about any sun exposure. Your patients are continually being told not to go out into the sun without SPF 99 sunblock and a UV ray-blocking shirt.

The downside to this sun aversion mindset, might be the reason for an estimated 40% of Americans who are vitamin D deficient. Also, worldwide, vitamin D deficiency exists is about 50% of the population. Wearing a sunscreen with a sun protection factor of 30 reduces vitamin D synthesis in the skin by more than 95%.

Sunburns may be dangerous, but exposure to the sun is a good thing. UVB rays from the sun trigger vitamin D3 to be produced from cholesterol. UVB rays are different from UVA rays in that UVA penetrates deeper and can cause premature aging. Some experts believe that it is difficult to get enough vitamin D from food—even though many foods are fortified with vitamin D. It is critical that we get enough vitamin D; one study linked vitamin D deficiency to an increased risk for death from cardiovascular disease.

Getting enough vitamin D varies by Climate, Region and Race

In the UK, one study found that 13 minutes of sunlight exposure, three times per week provided adequate vitamin D. 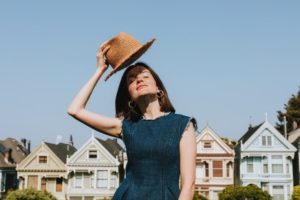 Another study found that 30 minutes of midday sun exposure was the equivalent of consuming between 10,000 and 20,000 IU of vitamin D. Of course, if you live far from the equator, there may be as many as six months out of the year when you cannot produce vitamin D.

Vitamin D is a fat-soluble nutrient that acts like a hormone. The best-known problem from deficiency is the resulting abnormalities in bone metabolism. Deficiency can cause a decrease in the absorption of calcium and phosphorus, which results in and increase in PTH. PTH increases osteoclastic activity, weakening bone.

However, adequate vitamin D is important for more than just bone strength. Getting enough vitamin D is key to many other aspects of health, including pain and inflammation; there seems to be a relationship between vitamin D status and inflammatory and immune markers. Low vitamin D levels are directly proportional to high levels of inflammatory and immune markers. Research has shown that the expression of many inflammation-related genes is regulated by 1,25D3 through vitamin D receptor (VDR) in a large variety of cells including immune cells such as, but not limited to, macrophages, dendritic cells, T helper cells, and B cells. Studies of 1,25D3 in these immune cells have shown both direct and indirect immunomodulatory activities affecting innate and adaptive immune responses.

In runners, one study showed an inverse relationship between TNF alpha and 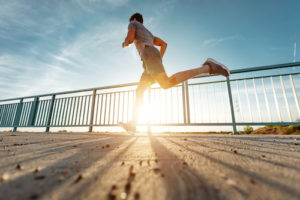 vitamin D. The study tested fasting blood samples for 19 endurance runners, of whom 42% had insufficient vitamin D status. Regression analysis showed a significant inverse association between vitamin D and TNF alpha concentration. Other research looked at vitamin D and its effect on dialysis patients. Vitamin D was linked to a reduction in inflammatory markers IL-6, TLR9, and CYP24a1. In patients with Crohn’s disease, there was an inverse relationship between inflammation and vitamin D levels in one study. Vitamin D was also inversely associated with inflammatory markers in asthmatics in another study. In animal studies, it was linked to a reduction to inflammatory markers in the lung and the liver.

In summary, sun exposure is a double-edged sword. On one hand, it is necessary for the production of adequate vitamin D. On the other hand, too much sun exposure can age the skin and increase the risk for skin cancer. As with so many things in life, it is a important to find the proper balance.