Cognitive behavioral therapy delivered in a primary care setting is a cost-effective way to treat adolescents with depression who decline or quickly stop using antidepressants, according to a Kaiser Permanente study published today in the journal Pediatrics. 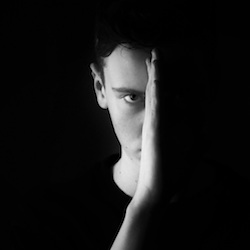 in Oregon and Washington, showed that a cognitive behavioral therapy (CBT) intervention can be brief and still deliver long-term benefits in terms of cost and clinical outcomes. In their new analysis, the study team showed that over a two-year period, depression-related health care costs for adolescents who received CBT were about $5,000 less on average than depressed adolescents in the control group, who received usual care without CBT.

Researchers examined depression-related costs from a societal perspective, meaning they accounted for costs experienced by patients and their families in addition to the costs borne by the health care system. In addition to the cost of delivering the CBT intervention to patients, researchers examined the cost of mental health-related inpatient hospital stays, a wide variety of medical and mental health services, and the time that parents spent taking their children to services, among other factors.

This work builds upon previous research, also published in Pediatrics, showing that CBT improved time to diagnostic recovery from major depression for teenagers who received CBT in their primary care clinic. Participants who received CBT learned how to modify their behaviors, challenge their unrealistic and negative beliefs, and think more positively.

METHODS: A total of 212 youth with depression were randomly assigned to treatment as usual (TAU) or TAU plus brief individual CBT. Clinical outcomes included depression-free days (DFDs) and estimated quality-adjusted life-years (QALYs). Costs were adjusted to 2008 US dollars. Incremental cost-effectiveness ratios (ICERs) comparing CBT to TAU were calculated over 12- and 24-month follow-up periods.

“Untreated or undertreated depression is a serious burden for many adolescents and their families, and the impact is often felt for many years after diagnosis,” said John Dickerson, PhD, a health economist at the Kaiser Permanente Center for Health Research and lead author of the new publication. “Now we have evidence that cognitive behavioral therapy is not only clinically effective, but cost-effective as well. This is good news for patients, their families and health care systems.”

Depression is a widespread and costly health problem in the U.S., with one estimate placing the total economic burden of depression at more than $210 billion annually. Among adolescents, the prevalence of depression is on the rise. Antidepressant medications are the usual course of treatment for adolescents diagnosed with depression, but as many as half of families with a depressed child choose not to begin antidepressant therapy. And among those who do begin treatment, nearly half do not continue, for reasons including side effects, lack of benefit and cost.

“Most other studies of CBT for depressed youths that we looked at involved a much longer treatment program than the one we tested,” Dickerson explained. “We chose to test a ‘lean’ model with a smaller number of CBT sessions because such a model is more likely to be adopted by health care organizations. It’s important for health systems and families to know that a brief CBT program is likely to improve mental health outcomes for depressed adolescents who decline antidepressants, and is also likely to be cost-effective over time.”