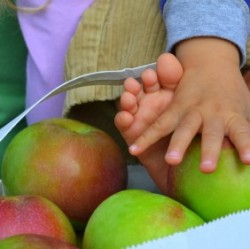 Organic vs Conventional? Which is safer? The following is an excerpt of an opinion column by 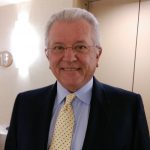 Andrew Campbell, MD, published in Alternative Therapies in Health and Medicine (see below for access to the entire column).

In The Annals of Internal Medicine recently published a review, by Dr Crystal Smith-Spangler and others titled: “Are Organic Foods Safer or Healthier Than Conventional Alternatives?” The article states:

The purpose of this study is to comprehensively synthesize the published literature on the health, nutritional, and safety characteristics of organic and conventional foods.”

This study showed that detectable pesticide residues were five times more likely to be found on conventional food versus organic foods. Bacterial resistance was also discussed and resistance to three or more antibiotics was 33% more likely with conventional food over organic food. The mycotoxin deoxynivalenol, a trichothecene mycotoxin and known carcinogen, was found to be lower in both levels and con- tamination in organic grains.1

We are led to believe by Dr Smith-Sprangler et al that the use of pesticides, artificial fertilizers, antibiotics, hormones, and other synthetic chemicals in the food we eat do not cause any harm and foods grown using these are as safe for human consumption as organic foods.

The food industry does all that it can to change its foods with preservatives, additives, dyes, flavorings, colorings, and texturizing with chemicals so they look as desirable for purchase and consumption as possible. The government has banned a number of food additives, mainly because of the implication of cancer-causing effects, though it has done so reluctantly and very slowly.
In agriculture, today’s crops yield their bounty with the aid of chemicals in the form of
artificial fertilizers and herbicides, insecticides, fungicides, and other pesticides. The housing of hundreds of thousands of chickens or tens of thousands of hogs in small spaces make the possibility of rampant infections a likelihood unless large quantities of antibiotics are used both in feed and by injection. Antibiotics are also used in the majority of livestock. We consume their meat and thereby have added to the development of increasing our resistance to antibiotics.
The dairy industry has been injecting recombinant bovine growth hormone (rBGH) into dairy cows since the 1990s. This hormone causes an increased production of 15%-17% more milk by dairy cows and causes them to produce insulin-like Growth Factor 1 (IGF-1), which has been associated with premenopausal breast, colon, and prostate cancers. Dairy products, such as milk, cheese, yogurt, cream, butter, etc, are all contaminated with rBGH. Canada, Australia, New Zealand, Israel, Japan, and all the European Union countries have banned this hormone.
Since the dawn of humankind, all foods on the planet were organic. From our great-grandparents on back, everyone ate nothing but organic food. There was no other type of food available. Our bodies and our physiological systems have had to adapt in two brief generations to a vast number
of substances that we consume in what is now called conventional food in this study. This is a misnomer; we should perhaps call it chemically-laced food, or artificially-grown food.
The corporations that helped us win World War II converted their production for domestic use after the war. With the rapid rise of technology in the 1950s, the United States began producing pharmaceuticals, chemicals, crop-saving insecticides, and plastics for use for just about everything. “Better living through chemistry” helped sales soar.
Electricity spread, and cars, trucks, and airplanes made our world smaller and more accessible. During this time, one essential factor was left aside: how to test for the short- and long-term effects of these new products on the environment and on the population. Toxicology failed us then and we continued to believe that “the dose makes the poison,” a 500-year-old adage from Philippus Aureolus Theophrastus Bombastus von Hohenheim, an itinerant Swiss physician better known as Paracelsus. We now know differently, in that some small doses can be worse than larger ones and that the timing of the dose is at times critical. We now have ended up living in a world surrounded by persistent organic pollutants (POPs), which are persistent, toxic, and bioaccumulate. The 12 most dangerous POPs to humans and animals, nine of which are pesticides, are known as the dirty dozen and are regulated by a United Nations global treaty known as the Stockholm Convention of 2001. All commonly used pesticides are asso- ciated with adverse health effects, including an increase in cancer risks …