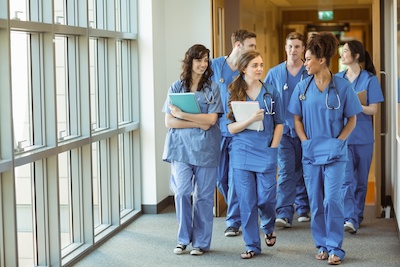 A new study, published in Biological Psychiatry, by University of Michigan Medical School suggests that during the first year of medical residency for doctors is so stressful that it accelerates cellular aging. It’s the first longitudinal study of people exposed to such prolonged stress. 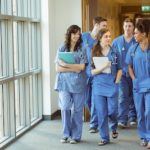 Stress is a key precipitant for many common diseases but established biological markers to track stress and guide investigations into mechanism linking stress and disease are lacking. Cross-sectional studies have identified correlations between stress and telomere attrition, but no large, longitudinal studies examining the impacts of chronic stress on telomere length exist. Residency training for physicians is a well-established stressful experience and can be used as a prospective stress model.

In a longitudinal cohort study of 250 interns (first-year residents) at 55 U.S hospital systems serving during the 2015-16 academic year, researchers examined associations between measures of the residency experience and saliva-measured telomere attrition.

The discovery that telomeres shrink in an accelerated way among interns suggests the importance of ongoing efforts to reduce the strain of medical training as well as study the effects of other professions and stressful situations.

“Research has implicated telomeres as an indicator of aging and disease risk, but these longitudinal findings advance the possibility that telomere length can serve as a biomarker that tracks effects of stress, and helps us understand how stress gets ‘under the skin’ and increases our risk for disease.” ~  Srijan Sen, M.D., Ph.D., the U-M neuroscientist and psychiatrist who is the study’s senior author and heads the Intern Health Study.

“It will be important to study how telomere changes play out in larger groups of medical trainees and in other groups of people subjected to specific prolonged stresses, such as military training, graduate studies in the sciences and law, working for startup companies, or pregnancy and the first months of parenting,” Dr. Sen says.

Telomere length shortened significantly over the course of internship year, from 6465.1 ± 876.8 base pairs before 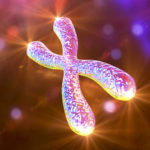 internship to 6321.5 ± 630.6 base pairs at the end of internship (t(246) = 2.69; P=0.008). Stressful early family environments and neuroticism were significantly associated with shorter pre-internship telomere length. Longer work hours were associated with greater telomere intern telomere loss over the year (p = 0.002). Of note, the mean telomere attrition during internship year was six times greater than the typical annual attrition rate identified in a recent meta-analysis.

Sen’s team worked with Kathryn Ridout, M.D., Ph.D., the new study’s first author, during the research portion of her residency at Brown University. She is now a psychiatrist at Kaiser Permanente in California and has an appointment at Brown. “The current model of intern-year training during residency increases trainee stress, which impacts their mental health and well-being. These results extend this work and are the first to show that this stress reaches down to the biological level, impacting the well-accepted marker of aging and disease risk, telomere length,” Ridout says. “I was particularly surprised to see the relation of number of hours worked to telomere shortening.”

“The responses given by some of the interns in these surveys indicated that some were averaging more than 80 hours of work a week, and we found that those who routinely worked that many hours had most telomere attrition,” Sen says. “Those whose hours were at the lower end of the range had less telomere attrition.”

In this study, Sen and his colleagues asked recently graduated medical students to contribute a DNA sample before they began their intern year and then followed up to get another sample at the end of that year. The interns also took a lengthy questionnaire before their training began and again at several points during and at the end of the intense year.Here are some other interesting findings: