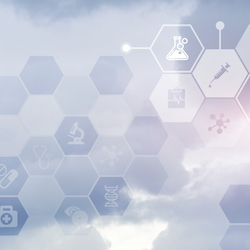 The following are studies with full text downloads that focus on genetic variants and how they affect serum concentrations of important nutrients, such as lycopene, selenium and others.

Our findings also provided nominal support for the association previously noted between SCARB1 and serum lycopene concentrations, although with a different SNP (rs11057841) in the region. This study identified a novel locus associated with serum lycopene concentrations and our results raise a number of intriguing possibilities regarding the nature of the relationship between SETD7 and lycopene, both of which have been independently associated with prostate cancer. Further investigation into this relationship might help provide greater mechanistic understanding of these associations.

CONCLUSION / This study provides the identification of a novel genetic association between rs7680948, an intronic variant in SETD7, and serum lycopene concentrations. These findings provide further support that genetics may affect serum concentrations of lycopene. Further studies are needed to clarify any potential relationships between SETD7, lycopene, and clinical endpoints such as prostate cancer.

Despite evidence that genetic factors contribute to the duration of gestation and the risk of preterm birth, robust associations with genetic variants have not been identified. We used large data sets that included the gestational duration to determine possible genetic associations.

METHODS / We performed a genomewide association study in a discovery set of samples obtained from 43,568 women of European ancestry using gestational duration as a continuous trait and term or preterm (<37 weeks) birth as a dichotomous outcome. We used samples from three Nordic data sets (involving a total of 8643 women) to test for replication of genomic loci that had significant genomewide association (P<5.0×10−8) or an association with suggestive significance (P<1.0×10−6) in the discovery set.

RESULTS / In the discovery and replication data sets, four loci (EBF1, EEFSEC, AGTR2, and WNT4) were significantly associated with gestational duration. Functional analysis showed that an implicated variant in WNT4 alters the binding of the estrogen receptor. The association between variants in ADCY5 and RAP2C and gestational duration had suggestive significance in the discovery set and significant evidence of association in the replication sets; these variants also showed genomewide significance in a joint analysis. Common variants in EBF1, EEFSEC, and AGTR2 showed association with preterm birth with genome wide significance. An analysis of mother–infant dyads suggested that these variants act at the level of the maternal genome.

We identified and replicated six maternal genomic loci that were robustly associated with gestational duration and that contained genes in which the established functions are consistent with a role in the timing of birth. Three of these loci were also associated with preterm birth with genome- wide significance. Below are a few of the findings, download the full text for a complete list and findings.

1. EBF1, which encodes early B-cell factor 1, is essential for normal B-cell development, and genomewide association studies have implicated it in the control of blood pressure, arotid- artery intima–media thickness, hypospadias, and metabolic risk. It remains to be determined whether EBF1 confers its effect on birth timing through pregnancy-specific mechanisms or by contributing to more general cardiovascular or metabolic traits that influence gestation.

2.EEFSEC, which encodes selenocysteine tRNA- specific eukaryotic elongation factor, participates in the incorporation of selenocysteine into selenoproteins. … The SNPs identified in EEFSEC are in high linkage disequilibrium with SNPs that have been associated with the risk of prostate cancer, the risk of hypospadias, and the age at menarche. The identification of the selenocysteine pathway suggests a potential benefit for further evaluation of the role of maternal selenium micronutrient status on prematurity risk, as suggested by one study that showed an association between a reduced selenium concentration and preterm birth.

CONCLUSIONS / In this genome-wide association study, we found that variants at the EBF1, EEFSEC, AGTR2, WNT4, ADCY5, and RAP2C loci were associated with gestational duration and variants at the EBF1, EEFSEC, and AGTR2 loci with preterm birth. Previously established roles of these genes in uterine development, maternal nutrition, and vascular control support their mechanistic involvement.