How are vitamin D and bran health related? A review on the 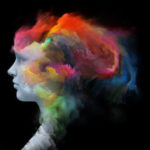 relationship between vitamin D and low-density lipoprotein receptor-related protein (LRP-1) has revealed that the two may work together to possibly clear amyloid-beta (Aβ), a deposition that is linked to the progression of neurological dysfunction.

LRP-1 is a large receptor present on the body’s cells and is widely expressed, or present, in several tissues. It’s a member of the LDL receptor family, which plays various different roles related to enzyme activation, the entry of bacterial toxins and viruses into cells, and the metabolism of a proteins that transport and combine with fats in the blood.

A benefit of LRP-1 is that it has been identified as a Aβ scavenger receptor that can remove Aβ from the brain through the blood-brain barrier. However, its expression is decreased in patients with neurological dysfunction.

This review points to recent evidence that after supplementation with the active form of vitamin D, 1,25-(OH)2D3, LRP1 expression increases significantly both in-vivo and in-vitro. This is because so many vitamin D receptors are expressed in the brain.

Several studies also suggest that vitamin D receptor (VDR, the receptor to which vitamin D binds to in the body) deficiency, or inhibition, could be a risk factor for neurodegenerative disease. This review establishes a strong connection between vitamin D, LRP-1, and their potential Aβ clearance abilities.

Conclusion/ The present review establishes a strong correlation between Vitamin D and LRP-1 and their possible involvement in Aβ clearance and thereby emerging as new therapeutic target.