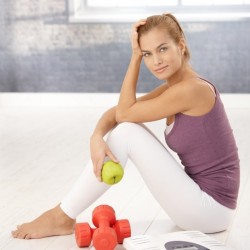 There is a phenomenon that scientists have yet to solve, regardless of whether a woman lives in the United States, where medical care is relatively good, or third world nations, where medical care is often scarce: women are less likely to die from infectious diseases than men. The lower death rate has been attributed to a beneficial, yet unexplained effect estrogen has on the immune system. Females of child-bearing age are more resistant to infectious disease and have an increased risk of systemic lupus erythematosus (SLE). This study hypothesized that estrogen-induced gene expression could establish an immunoactivated state which would render enhanced defense against infection, but may be deleterious in autoimmune development.

Scientists now have a better understanding of how  estrogen may contribute to the development of autoimmune diseases, which overwhelmingly impact pre-menopausal women, causing debilitating and deadly symptoms. “Estrogen appears to be a double-edged sword – on one side, protecting women from disease, on the other, potentially causing it,” said Wael Jarjour, MD, director of The Ohio State University Wexner Medical Center’s Division of Rheumatology and Immunology. “However there isn’t much research explaining how estrogen might have this duality, so it’s a controversial theory.”

Now, Jarjour and a team of immunology researchers at Ohio State and the University of Virginia (UVA) say they have some evidence to support that theory. They’ve discovered a group of immune regulating genes that become more active in the presence of estrogen, offering a clue to how the hormone’s normally protective effects could go awry.

Jarjour and his team studied a family of immune response genes called toll-like receptors (TLRs), which are responsible for sending out chemical “danger signals” when a bacteria or virus is detected. These signals prompt a cascade of defenses designed to kill the pathogen; however, in a person with autoimmune disease, these inflammatory responses inexplicably turn against normal tissue. The team hypothesized that estrogen may stimulate TLR signaling, leading to a hyper-reactive immune state.

“When estrogen triggers these genes to become more active, the genes tell the immune system to get ready to fight,” said Jarjour, whose lab is one of the few in the nation focusing on sex bias in auto-immune disease. “This ‘standby’ mode lowers the immune response threshold, which is helpful in fighting an infection, but could also set the stage for an autoimmune disease where the immune responses are out of control.”

To test their theory, scientists triggered an immune response in cells from men and women with and without lupus – an autoimmune disease that women are nine times more likely to get than men. Then, they added estrogen to see if gene activity changed, honing in on TLR8, an X chromosome-linked gene whose expression has already been implicated in the development of lupus.

The addition of estrogen boosted the level of immune response in all of the study samples, but the reactivity of cells from women was almost two times greater than that of cells from men.

“Clearly, estrogen regulates TLR8 and other TLRs in ways that change the threshold of an inflammatory response, and female cells are hard wired to be more sensitive to this change,” said Nicholas Young, PhD, a molecular biologist with Ohio State’s department of immunology who worked on the study.

Margaret Shupnik, PhD, a Professor of Medicine at UVA’s School of Medicine who also worked with Jarjour’s team says she hopes that the findings will prompt other researchers to develop novel therapies that regulate TLRs, and offer lupus patients the kind of treatment options that they currently don’t have.

“There has been only one new lupus treatment introduced in the past 50 years, and our most powerful drugs shut down the immune system, causing difficult-to-manage side effects,” noted Shupknik. “With evidence that TLR8 changes the way lupus patients respond to inflammation, therapies that regulate this protein might help prevent or treat this disease in ways that don’t compromise the immune system.”

The study on TLR8 was published in the March issue of Clinical Immunology. It is the second estrogen-regulated gene that Jarjour’s team has discovered, and they are currently working on identifying several more. The researchers also plan on applying for a grant once they have compiled their findings on all genes in order to fully explore the estrogen-autoimmune disease connection.

“We have only just begun to appreciate the powerful and complex role estrogen plays in the immune system. More than 1,000 genes have estrogen receptor binding sites that control their expression, but less than one-tenth of those have been studied,” noted Jarjour, who is also an associate professor of immunology at Ohio State’s College of Medicine. “The overwhelming sex bias of autoimmune disease demands that the estrogen connection be studied more deeply.”

Study enrollment of patients with and without lupus was supported by ResearchMatch, a service provided through the support of the Ohio State University Center for Clinical and Translational Science.

Systemic lupus erythematosus (SLE or lupus) is a chronic inflammatory autoimmune disease that impacts the entire body, but especially affects the skin, kidneys, lungs, blood, joints, brain and heart. Lupus is characterized by periods of activity (flares) and periods of remission. According to the Lupus Foundation of America, for most people with lupus, proper treatment can minimize symptoms, reduce inflammation and pain, and stop the development of serious organ damage. The disease can start at any age, but is most common in female minority populations, and 90 percent of people with lupus are women. It is estimated that 1.5 million people in the United States have lupus. The disease is more severe in children.