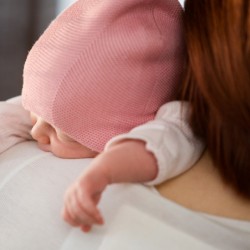 The following is the continuation of our interview with Catherine S. Gregory, CMT, CMI, a holistic fertility coach, intuitive healer, meditation instructor and creator of The Fertile Being Method, a holistic protocol helping hundreds of women achieve their dreams of motherhood since 2004. We introduced her new book, Fertile, THE WISE WOMAN’S GUIDE TO PREGNANCY SUCCESS in Part 1, where she discussed the value of a holistic approach to challenges women face with conceiving a baby and taking a pregnancy to full-term. In Part 2, Gregory shares three case studies of women who have become pregnant after months, and even many years, of difficulty.

Q: Can you share a few memorable case studies in your practice that would illustrate the value of this type of treatment?

CASE STUDY ONE/CSG: Amy started working with me at age 33, after experiencing three miscarriages. The first one she shrugged off as an anomaly, nothing more than nature taking its course. The second one hit harder. And the third miscarriage she had within one year made her feel broken. She had conceived and given birth to her daughter naturally prior to these three miscarriages, so she knew her problem wasn’t getting pregnant, yet she couldn’t understand why she wasn’t able to carry these pregnancies to term. I took her through the steps of The Fertile Being Method and her next pregnancy stuck. And so did her following two pregnancies. Amy gave birth to her fourth child this past year and adores having her hands full (of love, she says) being a mother of four.

CASE STUDY TWO/CSG: Corinne started working with me at age 40, a month after she and her new husband had experienced a failed IVF. She was already a mother of four prior to this marriage (all C-section deliveries) and had undergone a tubal ligation after the delivery of her fourth child. Because her husband didn’t have children of his own, they were committed to another attempt at IVF to have their own child together since her tubal ligation meant they couldn’t do this naturally.

Her surgical scarring, retroverted uterus, severe chronic constipation, and hormone imbalance from the IVF medications had left her feeling congested, bloated and miserable. She was dreading going through another round of IVF medications and egg retrievals and fearful of another failure.

After weekly sessions over the course of several months together following the protocol of my program, Corinne began to detox and experience daily bowel movements, along with healthy, pain-free menstrual cycles and felt much more at home in her body and at peace about their next attempt at IVF. The doctors were amazed at the changes in the second round when she produced 23 eggs and 12 embryos, quadrupling the results of their first round of IVF. They made the decision to transfer two of the embryos this time, a boy and a girl, and thanks to her improved egg quality and healthy uterine lining, she had a successful transfer and pregnancy, delivering her healthy twins at 36 weeks.

CASE STUDY THREE/CSG: Jane was nearing her 45th birthday and had been trying to conceive a baby for six years unsuccessfully, at first on her own with donor sperm, and then when she met her new boyfriend, Tom. Despite all normal diagnostic tests, because of her age, she and Tom decided to invest several thousand dollars in multiple attempts at Intrauterine Inseminations (IUI) that all failed. Doctors told her she was just too old to conceive a baby; that her time had passed. She had begun to believe she was too old and that her body had missed the window to conceive a baby, despite the fact that her eggs were healthy, she was ovulating and had regular cycles and her boyfriend’s sperm was healthy, too. After employing The Fertile Being Method for six months and engaging in the transformational mind-body practices, she and her boyfriend made the decision to take a break from the doctors visits and take the summer off. Jane became pregnant naturally that summer just before her 45th birthday, and gave birth to her healthy daughter, Chloe, the following spring.

Q: In closing, what advice can you give practitioners who may have a patient with a history of infertility or unsuccessful pregnancies?

CSG: Treating the whole person (including the physical, mental, emotional and spiritual) is what I’ve 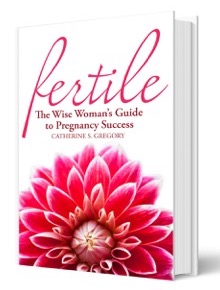 found to be most successful in supporting women to achieve pregnancy success. Each patient’s path to parenthood is unique. The Fertile Being Method empowers patients to uncover their unique path to pregnancy success. I’m always accepting new patients into my online fertility programs and I also enjoy training practitioners who would like to use my protocol with their patients. My book empowers anyone preparing for pregnancy with a proven process they can begin using right away to increase their chance of pregnancy success, whether they are trying to conceive naturally or already undergoing IUI or IVF. It includes more inspiring success stories and is currently available on Amazon in both digital and paperback formats.

Gregory, CMT, CMI, is a holistic fertility coach, intuitive healer, meditation instructor and creator of The Fertile Being Method, a holistic protocol helping women successfully achieve motherhood since 2004. Her clients have naturally overcome a range of conditions to achieve pregnancy success including repeat miscarriage, blocked tubes, uterine fibroids and “unexplained infertility”. In addition to her work with private clients, she enjoys training medical practitioners to incorporate The Fertile Being Method into their own practices.

Gregory’s book, Fertile, The Wise Woman’s Guide to Pregnancy Success, is a seldom explored look at fertility from a holistic perspective. As this book discusses, getting and staying pregnant is not always as straightforward as one might expect. And when problems arise, the medical community is not ideally prepared to help women and couples address infertility by looking at the whole person.

If you would like to contact Catherine Gregory, she can be reached at Fertile Being Healing Arts (www.fertilebeing.com), [email protected], 970.631.4055. Her book is available on Amazon, click here for more information.