Confirmation of Childhood Consumption of Gluten Linked to Celiac 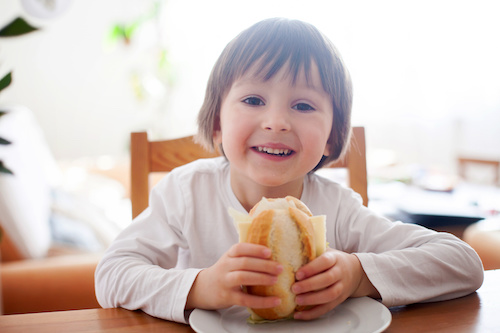 There has long been a suspicion within the research community that childhood consumption of gluten raises the risk of developing disease. A new observational JAMA study, though not causal, is the most comprehensive of its kind to date and adds further credence to the issue. The researchers note that for children at risk of celiac, it may be wise to monitor gluten consumption to reduce the risk.

In total, 6 600 children at increased risk of developing celiac disease were followed from birth until the age of five, in Sweden, Finland, Germany and the USA.

“Our study shows a clear association between the amount of gluten the children consumed and the risk of developing celiac disease or pre-celiac disease. This confirms our earlier findings from studies on Swedish children,” ~ Daniel Agardh, associate professor at Lund University and consultant at Skåne University Hospital in Malmö, and leader of the study.

The previous findings were from a smaller pilot study in 2016 by the same research group. Only Swedish children took part in that study, and the follow-up time was shorter.

“A daily gluten intake over 2 grams at the age of 2 was associated with a 75 per cent increase in risk of developing celiac disease. This is in comparison with children who ate less than 2 grams of gluten. However, determining a recommendation or limit is a challenge as gluten intake varies and increases during the first years of life,” says Carin Andrén Aronsson, lead author of the article and dietician at Lund University.

The association was evident in all participating countries except for Germany, where there was insufficient data to draw any definitive conclusions.

When it comes to dietary advice, Daniel Agardh considers it is the Swedish National Food Agency or equivalent organizations in other countries that should draw conclusions on if and how recommendations on gluten should be changed. He also emphasizes that the majority of the group at increased risk of disease do not develop the disease.

“Therefore, serious consideration should be taken before issuing advice on a particular diet or food restrictions,” says Daniel Agardh.

Commentary from Maureen M. Leonard, M.D., MMSc and Allesio Fasano, M.D note that genetic predisposition to is only one factor in how it manifests in children: “Celiac disease provides a unique model for autoimmune research because the following key elements are known: the specific genes involved in its pathogenesis and the environmental trigger. Substantial genetic research has uncovered the strong influence of the HLA antigen and its mechanistic role in presenting deamidated gluten to effector immune cells involved in the pathogenesis of disease.”

They note in the commentary: “Researchers also have identified more than 57 alleles in addition to HLA genes that confer risk. Although this information is crucial to understanding celiac disease, it cannot explain the substantial increase in the prevalence of celiac disease from 0.21% to 0.95% in the United States between 1974 and 2003 or in celiac disease incidence from 5.2 (95% CI, 3.8-6.8) per 100 000 person-years to 19.1 (95% CI, 17.8-20.5) per 100,000 person-years (incident rate ratio, 3.6; 95% CI, 2.7-4.8) in Europe between 1990 and 2011. Thus, there is substantial interest in the environmental trigger, gluten, particularly related to the timing of its introduction and amount ingested as the driving factors associated with this increased prevalence.”

The research team previously carried out several comprehensive studies on the causes of celiac disease. Among other things, they have demonstrated that the significance of the timing of when a child begins to eat gluten likely to play a very small role, if any. Neither have they been able to demonstrate any clear protective effect from breastfeeding.

Conclusion / Higher gluten intake during the first 5 years of life with risk of celiac disease autoimmunity and among genetically predisposed children. The current research is based on the total intake of gluten. The next step is to study which food groups that contain gluten are of greater significance compared to others for the development of disease. In other research projects, Daniel Agardh and his colleagues are investigating the significance of infectious diseases as well as whether an entirely gluten-free diet could reduce the risk of celiac disease in children who have been assessed as being at the highest risk of developing the disease.