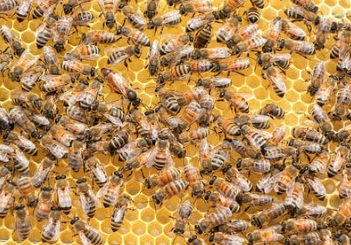 Immune support has become an important priority for consumers around the world. While there are many well-documented immune boosters, a bee-honey called Life MEL is taking the concept of immune support to a next level. The honey is made by bees fed a proprietary nectar (using a technology developed by Israel-based Zuf Globus) containing 16 herbs known for their immune support.

Cancer researchers in Novara, Italy, were intrigued by early findings on the honey, which has been found to contain thousands of active beneficial compounds, including flavonoids, terpenoids and oligo-elements, beyond what was present in the original herbal nectar. The research, team at the University of Eastern Piedmont and Cancer Epidemiology, decided to test the honey for its ability to reduce incidence of hematopoietic toxicities following chemotherapy treatment. Such toxicity management plays an important role in ensuring chemotherapy treatment completion and better results.

The study included 39 adult men and women with various cancer types, who were treated with adjuvant chemotherapy or for metastatic disease, with regimens at low to moderate risk of febrile neutropenia, a condition causing fever and lowered neutrophils (white blood cells that fight infection). They received two teaspoons of Life MEL daily.

The researchers performed a monocentric phase II study using Simon’s two-stage design to test the following hypothesis:
“P0=, the percentage of subjects who did not suffer from neutropenia in the first cycle of treatment (P1) equal to 30%, a type I error = 5% with one tail and power equal to 80%.”

In the first stage, at least six responses (grade of neutropenia at <= 1) in 19 patients were needed to move to the second stage of study. Complete blood count was measured the same day or the day prior to starting the chemotherapy cycle and at the expected nadir (between the seventh and 12th day after chemotherapy) in the first three months.

The researchers note that several studies have investigated the potential of honey in complementary treatment during chemotherapy, with significant interest in supportive care. They believe that the possibility to have more options to prevent neutropenia could be of interest for daily clinical practice.
In conclusion, they suggest that Life MEL honey showed an interesting profile to help reduce hematological toxicities and warrants further study of this honey in the clinical trial phase.