Could the Endocannabinoid System Offer a New Treatment Target for Obsessive Compulsive Disorder? 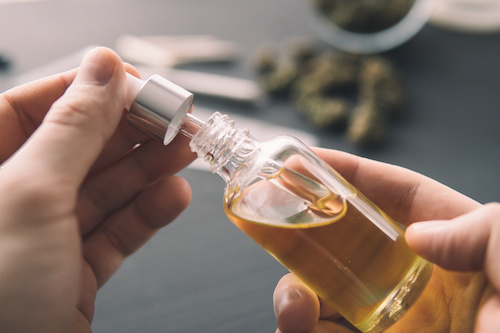 The disabling condition of obsessive-compulsive disorder (OCD) affects about 2–3% of people worldwide. Evidence suggests that abnormalities in cortico-striatal-thalamic-cortical circuitry and specific gene variants contribute to the pathogenesis of the disorder. This latest study, published in Cannabis and Cannabinoid Research, suggests that the endocannabinoid system (ECS) plays a role in OCD symptoms and may be a target for treatments and the development of novel medications.

Presently, the only medications approved by the FDA for the treatment of OCD are serotonin reuptake inhibitors (SRIs, e.g., clomipramine and the selective SRIs). Patients report that these drugs provide only limited symptom relief, and are sometimes ineffective. Furthermore, SRIs typically require at least 6 weeks of sustained treatment before clinically meaningful improvement can be seen. Antipsychotics can be effective when added to SRIs for a subset of patients, but are ineffective in others. This class of drugs is also associated with an increased risk for side effects, including weight gain, metabolic syndrome, Parkinsonism, tardive dyskinesia, and even neuroleptic malignant syndrome. There is a significant need for alternatives to current drug therapies, hence the importance of this new study. 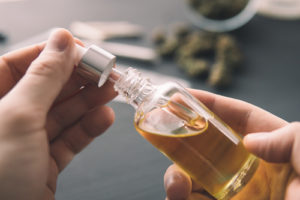 Abstract / A growing body of basic and clinical research has showed that the endocannabinoid system (ECS) plays a role in anxiety, fear, and repetitive behaviors. At the same time, some patients with OCD who smoke cannabis anecdotally report that it relieves their symptoms and mitigates anxiety, and several case reports describe patients whose OCD symptoms improved after they were treated with cannabinoids. Taken together, these findings suggest that the ECS could be a potential target for novel medications for OCD. In this study, researchers review evidence from both animal and human studies that suggests that the ECS may play a role in OCD and related disorders. The researchers also describe findings from studies in which cannabinoid drugs were shown to impact symptoms of these conditions.

In this study you will learn:

1. Significance of the Orbitofrontal Cortex (OFC) in OCD

3. Endogenous Cannabinoids and and thier On-Demand Synthesis

5. The Endocannabinoid System and OCD

6. The Endocannabinoid System and Repetitive Behaviors

7. Human Studies on CBD for Anxiety and Fear, Repetitive Behaviors and OCD

9. Conclusion / The emerging body of research summarized in this study indicates that the ECS may impact the neural circuitry underlying OCD and could be a target for novel treatments.