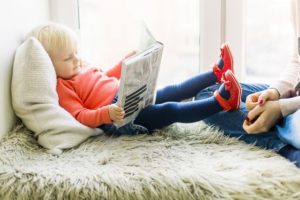 In this JAMA Pediatrics study, researchers examined the association between prenatal phthalate exposure and language development in children. Previous studies examined neuro-developmental outcomes, but little is known about language skills.

Data for this study were obtained from the Swedish Environmental Longitudinal Mother and Child, Asthma and Allergy (SELMA) study conducted in prenatal clinics throughout Värmland county in Sweden and The Infant Development and the Environment Study (TIDES) conducted in 4 academic centers in the United States.

Participants recruited into both studies were women in their first trimester of pregnancy who had literacy in Swedish (SELMA) or English or Spanish (TIDES). This study included mothers and their children from both the SELMA study (n = 963) and TIDES (n = 370) who had complete data on prenatal urinary phthalate metabolite levels, language delay, and modeled covariables. For SELMA, the data were collected from November 1, 2007, to June 30, 2013, and data analysis was conducted from November 1, 2016, to June 30, 2018. For TIDES, data collection began January 1, 2010, and ended March 29, 2016, and data analysis was performed from September 15, 2016, to June 30, 2018.

Mothers completed a language development questionnaire that asked the number of words their children could understand or use at a median of 30 months of age (SELMA) and 37 months of age (TIDES). The responses were categorized as fewer than 25, 25 to 50, and more than 50 words, with 50 words or fewer classified as language delay.

In 2008, the U.S. Consumer Product Safety Commission restricted six phthalates in children’s toys and childcare products.  Canadian authorities issued similar regulations the following year. However, they can still be found in foods as a result of food processing and plastic packaging, according to  studies from the National Institute for Environmental Health Sciences. To date, most exposure for women of childbearing ages, occurs from colognes, perfumes, hair products, deodorants, lotions, feminine hygiene products and body washes.

In findings from this study, prenatal exposure to dibutyl phthalate and butyl benzyl phthalate was statistically significantly associated with language delay in children in both the SELMA study and TIDES. These findings, along with the prevalence of prenatal exposure to phthalates, the importance of language development, and the inconsistent results from a 2017 Danish study, suggest that the association of phthalates with language delay may warrant further examination.

For more information on how to help your patients reduce children’s exposure to chemicals, please view this video from the Environmental Working Group.