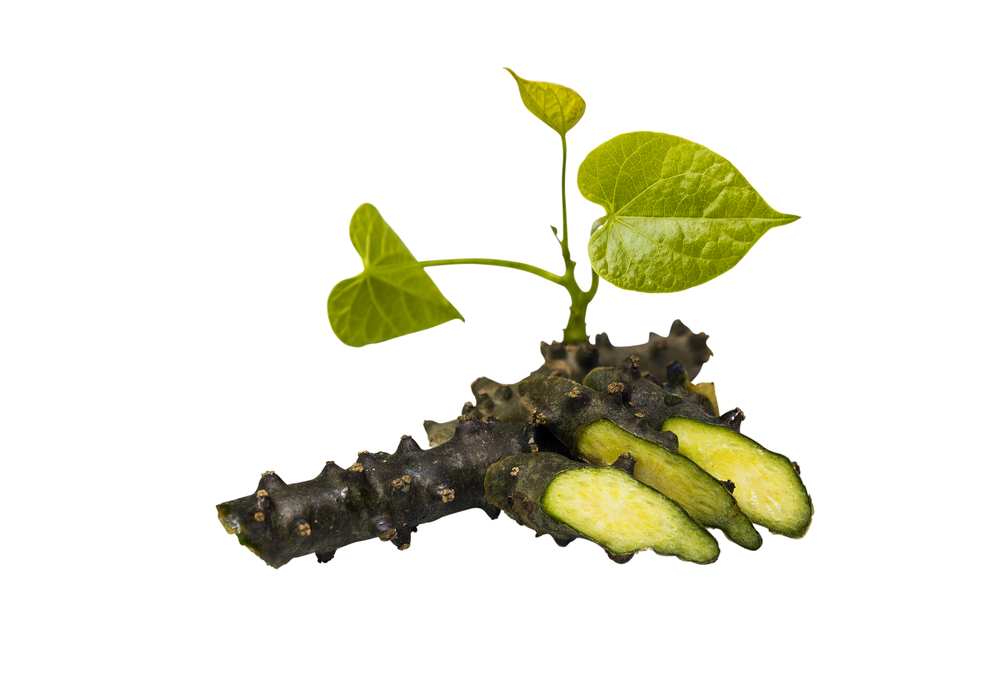 Menopause is a rollercoaster ride of changes for most women. As hormone levels drop off precipitously, women begin to experience a range of physical and emotional symptoms. Now, researchers have identified an Ayurvedic herb — Tinospora cordifolia — that may help with two of the most common menopause-related issues: anxiety and cognitive impairments.

According to a rat study in Frontiers in Aging Neuroscience, acyclic female rats given Tinospora cordifolia stem powder (TCP) showed improvements in anxiety and neurological function, including enhanced memory.

Researchers used acyclic female rats in this study as the model for the perimenopausal phase of women’s lives, along with 3–4-month-old rats as controls. Rats were given a normal chow or high-fat diet with and without TCP for 12 weeks. Animals fed normal chow with TCP showed consistent management of body weight over a 12-week regimen — even though their calorie intake was much higher compared to their age-matched controls.

Post-regimen, neurobehavioral tests, such as novel object recognition and elevated plus maze, showed improvements in memory abilities, as well as anxiety-like behavior. Due to the presence of multiple components, TCP was observed to modulate the expression of key marker proteins to ameliorate neuroinflammation and apoptosis. It was also shown to promote cell survival and synaptic plasticity in the hippocampus and the prefrontal cortex (PFC) regions of the brain.

These findings suggest that TCP supplementation in the diet during the midlife transition period in women may be a potential interventional strategy for the management of menopause-associated anxiety and cognitive impairments and healthy aging, say the researchers.

“Vulnerability to stress-induced cognitive impairments in women is reported to be higher than that of men (Handa and Weiser, 2014). Age-associated increase in anxiety-like behavior and memory impairments along with lesser exploratory activities was evident from neurobehavioral data of normal chow-fed middle-aged animals. However, TCP supplementation in the diet showed an anxiolytic effect as it was observed to ameliorate the anxiety-like behavior in these middle-aged acyclic animals and also improved their memory and exploratory behavior,” say the research team.

The current data contributed to the identification of key neurochemical and neurobehavioral alterations induced by the gradual decline in ovarian function in acyclic middle-aged rats and the effects of dietary intervention with natural products as well as the positive effects of HFD feeding on the anxiety-type behavior and cognitive impairments. Moreover, the present elucidation of associations between cognitive behavior and underlying regulatory pathways in the brain emphasize the complex relationship between them, and the target proteins may be used as indicators to assess the beneficial effects of such interventions. The neurotherapeutic activity of TCP may be attributed to the presence of its potent bioactive molecules, which alone or synergistically seem to regulate the expression of target proteins associated with these pathways in the hippocampus and the PFC regions of the brain as underlying mechanism(s) to alleviate age-associated cognitive impairments. Although the pre-clinical data is encouraging, before extrapolating the study outcome to humans, we need to work on some limitations of this study, i.e., dose and duration of treatment and post-withdrawal relapses of symptoms (if any). Also, the identification of different bioactive components interacting with protein targets of cell survival and plasticity pathways is important to support the neurotherapeutic claims of T. cordifolia to overcome the neurological outcomes in aging women.