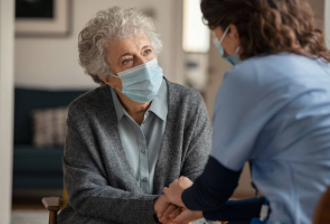 Dietary fiber intake, especially soluble fiber was inversely associated with the risk of dementia among Japanese subjects aged 40–60, according to a new study in Nutritional Neuroscience.
The study is part of a large-scale research project at the University of Tsukuba (the Circulatory Risk in Communities Study) involving 3739 Japanese adults who were followed for 20 years.

“We sought to test the hypothesis that dietary intake of fiber, especially soluble fiber, is associated with a reduced risk of dementia. As secondary analyses, we classified dementia into that with a history of stroke and that without it. We previously reported an inverse association between intake of beans, a fiber-containing food, and risk of disabling dementia. We here extended the analyses to dietary intakes of total, soluble, and insoluble fibers and other fiber-containing foods (i.e., potatoes, vegetables, and fruits) in relation to risk of disabling dementia,” say study authors.

When compared with insoluble fiber, soluble fiber was particularly more effective at staving off dementia. “The inverse association was more evident for soluble fiber intake and was confined to dementia without a history of stroke. As for fiber-containing foods, potatoes, but not vegetables or fruits, showed a similar association,” say study authors. In Japanese culture, potatoes are not considered a vegetable the way they are in the U.S. For this reason, the researchers opted to distinguish potatoes from vegetables. Also, the starch in potatoes is very different from that found in vegetables.
Foods high in soluble fiber include black beans, lima beans, lentils, chickpeas, edamame, barley, flaxseeds, chia seeds, Brussels sprouts, sweet potatoes, avocados, broccoli, turnips, and pears.

Further research on how dietary fiber lowers the risk of dementia warrants more investigation, say researchers. One consideration is that dietary fiber has a beneficial effect on body weight, systolic blood pressure, serum lipids, fasting glucose, and risks of stroke and diabetes. Another possible contributing factor is soluble fiber’s ability to regulate the composition of intestinal bacteria, and this composition is associated with the prevalence of dementia.

Dietary intake of fiber, especially soluble fiber, was inversely associated with risk of disabling dementia in a general Japanese population. This study should provide new insights into dietary factors that prevent dementia, which needs to be confirmed by further observational and/or intervention studies.