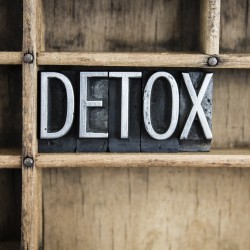 In this case study, John Cline, MD discusses the nutritional aspects of detoxification, a vital cellular task that, if lacking, can lead to early morbidity and mortality. The process of detoxification involves the mobilization, biotransformation, and elimination of toxicants of exogenous and endogenous origin.

This case study, published in Alternative Therapies in Health and Medicine, written by John C. Cline, MD, he discusses the phase I and phase II

detoxification and biotransformation pathways and promotes using food to support these highly complex processes. Cline identifies the comprehensive elimination diet as a useful therapeutic tool for clinicians and patients to use to achieve detoxification. Using this diet, the patient removes the most common allergenic foods and beverages from the diet and replaces them with non-allergenic choices for a period of 4 wk, gradually adding back the eliminated foods and observing their effects.

Another effective clinical tool Cline discusses is the detox-focused core food plan, which identifies the variety of foods required to supply key nutrients that can maximize the effectiveness of detoxification. Finally, he provides a case study in which these tools were used to help a patient suffering from major, debilitating illnesses that resulted from exposure to malathion, including severe vomiting and diarrhea, headaches, night sweats, severe arthralgias and myalgias, episcleritis, and shortness of breath. The article details the interventions used and the clinical results (ie, successful resolution of most issues after 3 mo).

Detoxification is a vital cellular task that, if lacking, can lead to early morbidity and mortality. The process of detoxification involves the mobilization, biotransformation and elimination of toxicants of exogenous and endogenous origin.

Human cells expend large amounts of energy to ensure that detoxification pathways continue to do their work. A variety of macronutrients and micronutrients are required on a continuous basis to construct the multitude of enzymes for the various oxidation, reduction, hydrolysis, and conjugation pathways, as well as the provision of enzymatic cofactors, phytochemical antioxidants, and fiber.

A 45-year-old, single businesswoman (MBA), gravida 0,came to the author with a 1-year history of (1) episodic, severe vomiting and diarrhea, with blood in the stools; (2) cramps in the central lower abdomen; (3) nonthrobbing headaches; (4) night sweats; (5) severe arthralgias and myalgias, particularly in the wrists and ankles; (6) episcleritis; (7) sensitivity to light; and (8) shortness of breath with gasping episodes.

She was a nonsmoker and had been relatively healthy until 1 year prior to development of her symptoms. Each episode was more severe than the previous one, causing several admissions to a hospital through the emergency room, with no underlying diagnosis achieved.

Most of the symptoms cleared within a few months of each episode. On her last hospital admission, a chest X-ray revealed evidence of pulmonary edema, and she was treated with intravenous furosemide. Her joints were transiently swollen and painful, with her initial level of C reactive protein (CRP) elevated at 211 mg/L (normal < 5.0). Joint aspirations were within normal limits and revealed no evidence of microbial growth. Nevertheless, she was given intravenous antibiotics.

Using the Institute for Functional Medicine’s model of critical thinking (Functional Medicine Matrix and Functional Medicine Timeline), the author queried this client about any unusual events that had occurred shortly before she became so ill. She replied that 1 or 2 days before each episode, she had sprayed her trees and shrubs with malathion. Malathion is a broad-spectrum organophosphorus insecticide and acaricide.

In this case study document, you will learn:

1. Outline of Phase 1 and Phase II model of detoxification and biotrandformation, emphasizing a food as medicine approach to

supplying the body with macro- and micronutrients, as well as the phytochemicals required to keep those highly complex processes functioning in a balanced fashion.

4. Intervention plan including: (1) a comprehensive elimination diet, as outlined in the Textbook of Functional Medicine2 ; and (2) a diet high in antioxidants and foods to support detoxification pathways, such as cruciferous vegetables (broccoli, cauliflower, cabbage, kale, Brussels sprouts, radish sprouts) and Allium, vegetables (onions, leeks, and garlic); (3) the addition of a medical food product to enhance and support phase I and phase II pathways in the gastrointestinal tract, liver, and kidneys; (4) probiotics, 200 billion organisms daily; (5) pharmaceutical grade fish oil with eicosapentaenoic acid, 3600 to 4000 mg daily; (6) vitamin D3 , 4000 IU daily; (7) manganese, 25 μg daily; (8) curcumin, 750 mg twice daily with food; (9) liposomal glutathione daily; (10) an excellent whey powder twice daily, with precursors of glutathione such as N -acetylcysteine; (11) conformity with all instructions resulting from the genomics testing; and (12) avoidance of further exposure to malathion or other chemicals or metals.

5. One month and three month results and patient attitudes and compliance.