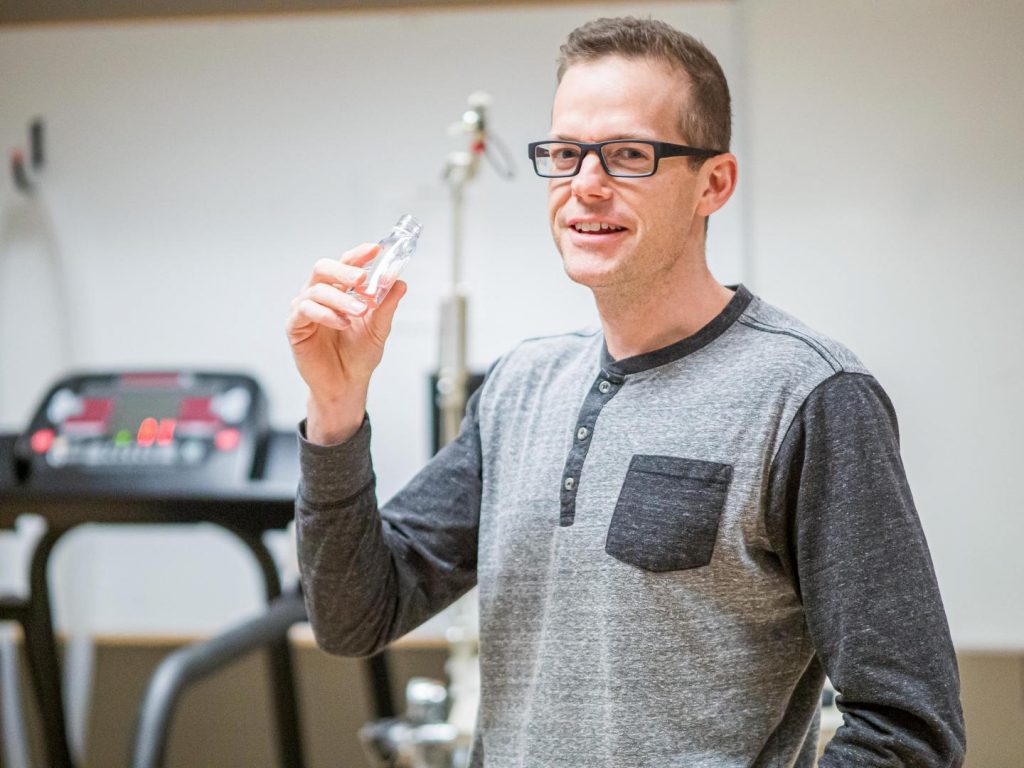 With more people with diabetes and pre-diabetes looking for strategies to help control blood sugar, new research from University of British Columbia’s Okanagan campus suggests that ketone supplement monoester drinks, a popular new food supplement, may help do exactly that.

“There has been a lot of excitement and interest in ketone drinks and supplements, which have really only been on the market and available to consumers for the last couple of years,” says Jonathan Little, associate professor at UBC Okanagan’s School of Health and Exercise Sciences and study lead author. “Because they’re so new, there’s very little research on how they can influence metabolism and we’re among the first to look at their use in non-athletes.”

“It’s a disease that’s becoming alarmingly common in Canada and approaching what many would consider epidemic levels,” he says. “While Type 2 diabetes can be controlled with medications or injectable insulin, many people are looking to options that don’t require taking pills every day or that are less invasive.”

Ketone supplements are proving fertile ground for research into Type 2 diabetes because, according to Little, ketones are the natural fuel source of the body when it’s in ketosis, the metabolic byproduct of consuming a low carbohydrate, ketogenic diet.

“There is mounting evidence that a low carbohydrate ketogenic diet is very effective in controlling blood sugar and even reversing Type 2 diabetes,” says Little. “We wanted to know what would happen if artificial ketones were given to those with obesity and at risk for Type 2 diabetes but who haven’t been dieting.”

To test the idea, Little and his team asked 15 people to consume a ketone drink after fasting overnight. After 30 minutes, they were then asked to drink a fluid containing 75 grams of sugar while blood samples were taken.

The results were promising:

“It turns out that the ketone drink seemed to launch participants into a sort of pseudo-ketogenic state where they were better able to control their blood sugar levels with no changes to their insulin,” explains Little. “It demonstrates that these supplements may have real potential as a valuable tool for those with Type 2 diabetes.”

Little is quick to point out that ketone supplements are not a magic bullet in managing the disease.

“There are a number of problems that we still have to work out, including the fact that we still don’t know what the long-term effects of consuming ketones are,” he says. “And not to mention that the drink itself tastes absolutely terrible.”

“But for those that aren’t able to follow a strict and challenging ketogenic diet or for those that are looking for a new way to control blood sugars, this may be another strategy in helping to manage Type 2 diabetes.”

Conclusion/ “A KE drink consumed before an OGTT lowered glucose and NEFA AUCs with no increase in circulating insulin. Our results suggest that a single drink of KE may acutely improve metabolic control in individuals with obesity. Future research is warranted to examine whether KE could be used safely to have longer-term effects on metabolic control.