The Use Of Probiotics for The Treatment Of Irritable Bowel Syndrome: Two Case Reports 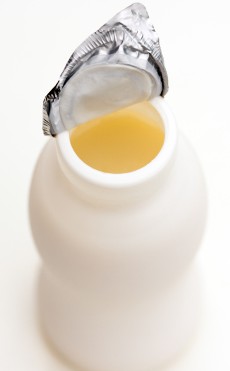 By Steven Faber, MD, FACG, Scott Rigden, MD, Dan Lukaczer, ND / Irritable Bowl Syndrome (IBS) is defined as a functional gastrointestinal (GI) disorder that includes a combination of chronic or recurrent GI symptoms that cannot be explained by structural or biochemical abnormalities. Symptoms remain the only method of identifying IBS because a clear biologic marker for the disorder has not been found. The main symptom criterion is abdominal pain that is relieved by defecation or that is associated with changes in frequency or consistency of stools. Disturbed defecation, such as altered stool frequency, altered stool form, or passage of mucus may also be present in IBS. The Rome criteria is a highly sensitive and specific tool that is widely used for the purpose of diagnosing IBS.

IBS is reported to affect as much as 20% of the adult population in the US, and is reported as the leading cause of work absenteeism, second only to the common cold. IBS affects an estimated 15 million individuals each year in the US, which represents 12% of the primary care practice and 28% of the gastroenterological practice.

The estimated average total cost (direct plus indirect) per patient with IBS in the US is $4,527 per year,6 which suggests that approximately $67 billion is spent yearly in the US on this disease. In spite of the marked prevalence and cost of this disorder, the pathophysiology of IBS has yet to be clearly elucidated.

In both of these case studies, patients were given probiotic therapies, L acidophilus (NCFM strain) and B infantis (a total of 40 billion CFU/day) two capsules twice a day with food, along with dietary modifications. Please download the entire study to see the patient outcomes and length of treatments. The physicians note that they have successfully apply probiotic supplementation to a number of patients who have presented with a variety of IBS symptoms, however the treatments vary significantly from patient to patient.